Roads melting, fish dying and bats falling from trees – this is what global warming looks like. Many records have been smashed during Australia’s latest heatwave. Most notably, on 17 January Noona in New South Wales recorded Australia’s warmest ever night with temperatures remaining above 35.9°C (97° F). Canberra has also had four consecutive days of temperatures above 40°C (104° F) for the first time.

Heatwaves in Australia have been getting hotter, longer and more frequent as the planet warms 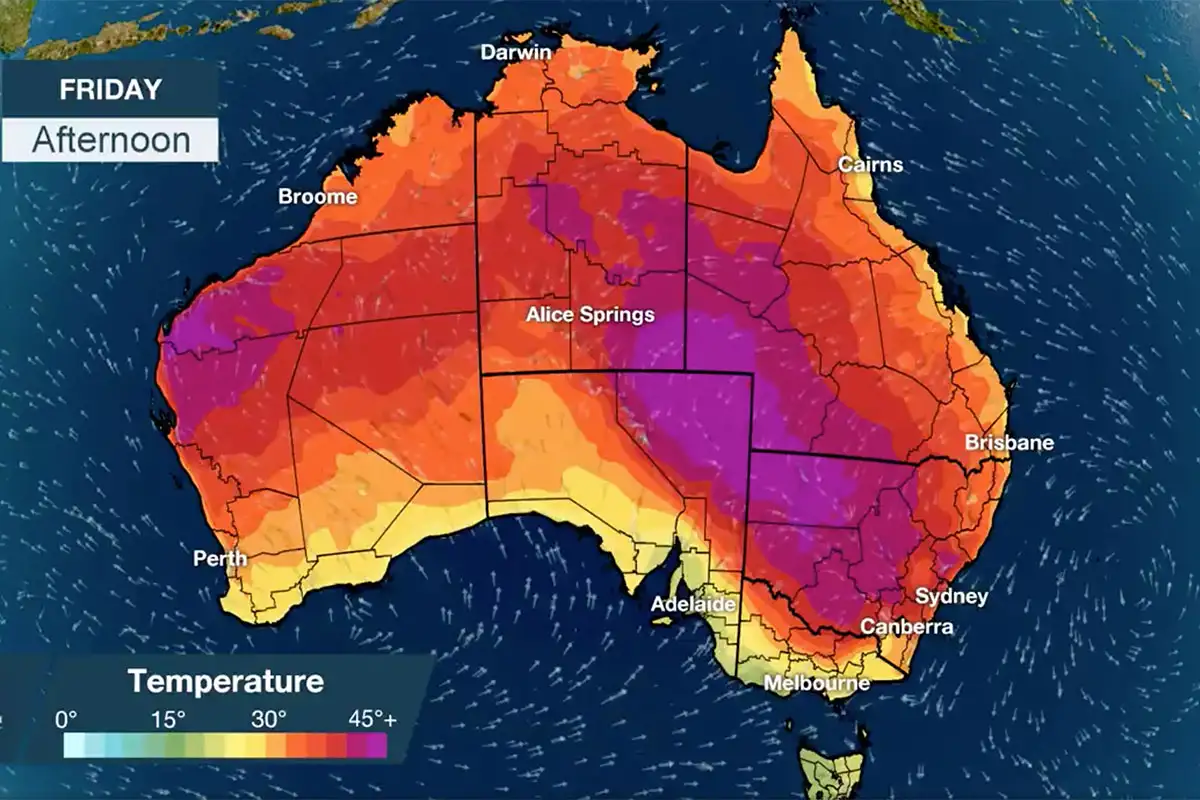 Are We Living Through Climate Change’s Worst-Case Scenario? (The Atlantic)