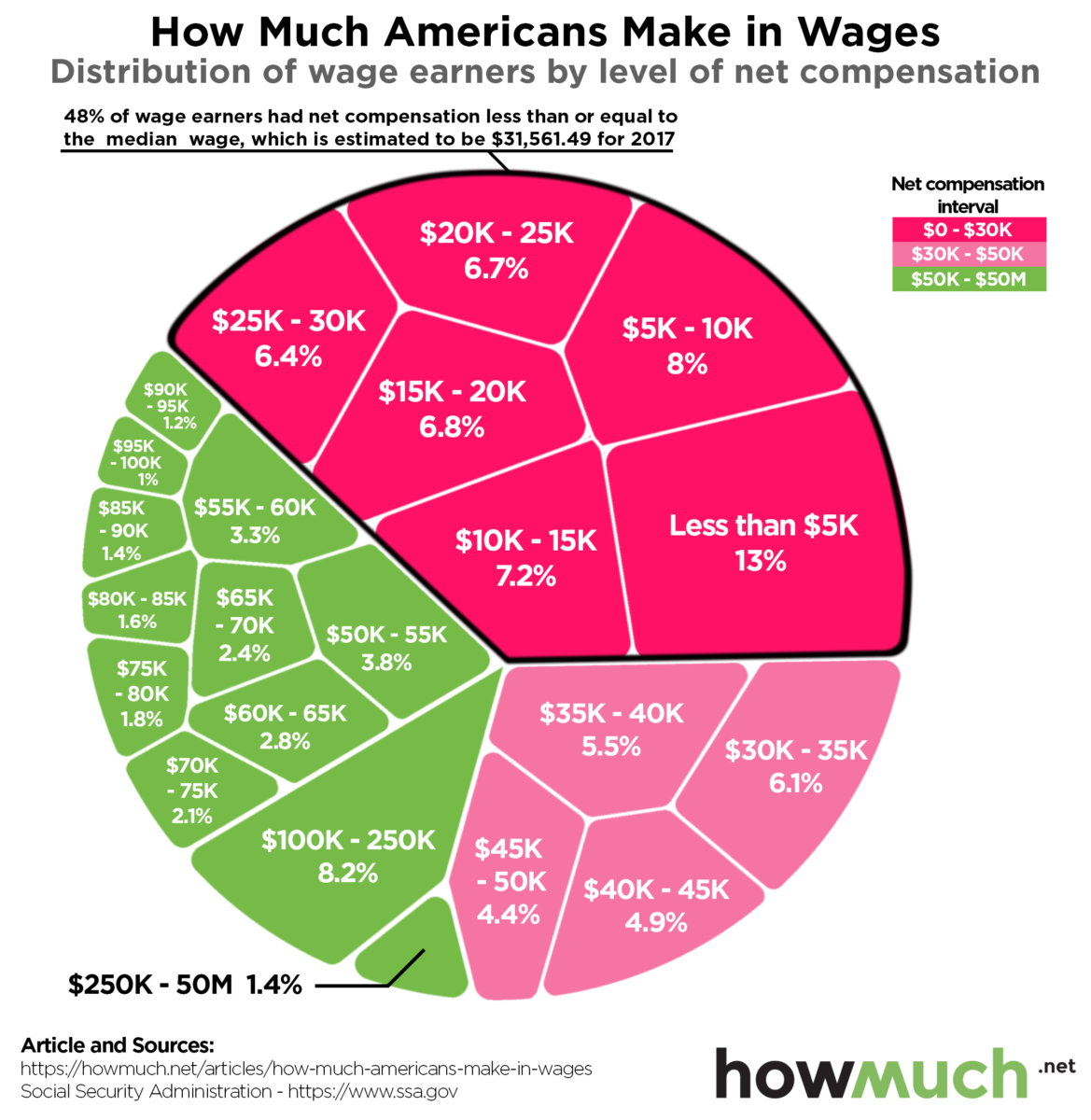 The Social Security Administration (SSA) tracks net income numbers after taxes through the Average Wage Index (AWI). We broke the AWI into a three-part hierarchy of $5K increments, letting you easily see the reality of income inequality in the U.S.. Astonishingly, 13% of workers make less than $5K, and nearly half, or 48%, take home $31,561 or less in net compensation (the dark red on our visual).

1.4% of workers make between $250K – 50M, and another 8.2% bring home between $100K – 250K. Remember, these numbers reflect individual earners, meaning they don’t take into account household earnings. We mention this only because wealthy people tend to get married at higher rates than poor people. In other words, wage earners at the top of the income ladder are probably much wealthier than even these numbers would suggest since their spouses are generally highly educated and well-compensated too.