Very interesting data set showing the value of land, minus the structures built on it, across the country:

“The analysis provides an unprecedented view into one of the nation’s largest stores of wealth: the dirt upon which homes are built. It was a tremendous technical undertaking to strip away the value of structures and measure only the cost of land at the neighborhood level. The economists’ full analytical program took more than a week to run.

The team relied on appraisals of single-family homes submitted between 2012 and 2018 to Fannie Mae and Freddie Mac, the giant, government-sponsored enterprises which securitized and guaranteed almost half of all mortgages in 2017. The researchers could only calculate accurate land values if the home on top of the land was a decade old or less, and therefore hadn’t depreciated significantly.”

The chart is intriguing: 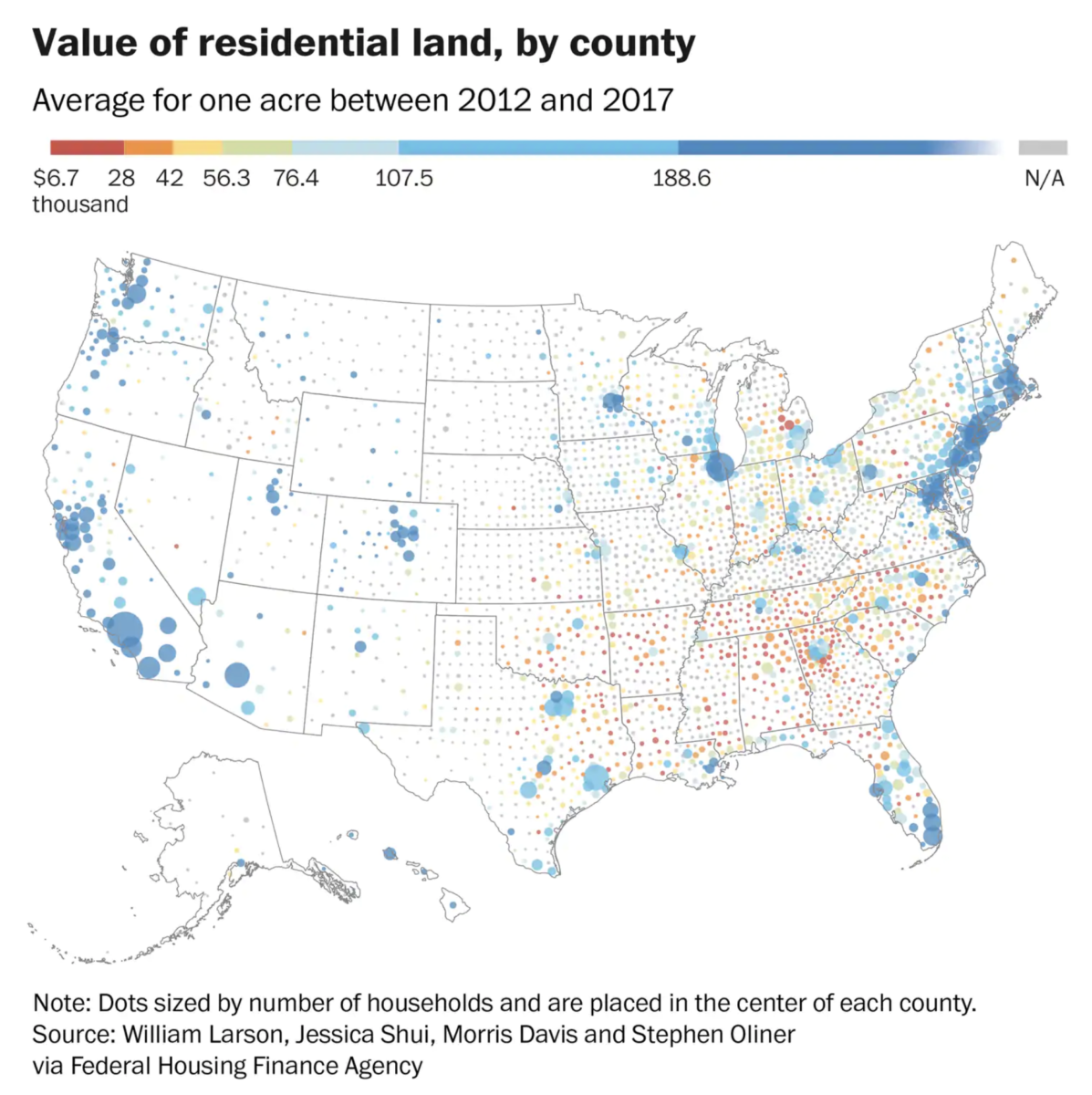 The Story Behind Your Portfolio