This is so far behind the curve:

“Canadian cannabis companies have it easy. Since Oct. 17, they’ve been able to sell pot to adults under a single national law. The big U.S. stock exchanges are happy to list Canadian producers like Canopy Growth (CGC) and Tilray (TLRY).

It’s harder for America’s cannabis businesses. U.S. federal law still considers marijuana an illegal drug in the same class as heroin. Any financial service provided to a cannabis business may violate federal law. So bankers in the Federal Reserve System, not to mention the New York Stock Exchange and Nasdaq, won’t touch an American business connected to the cannabis plant. Weed outfits can’t even deduct their business expenses, under the U.S. tax code.” (emphasis added) 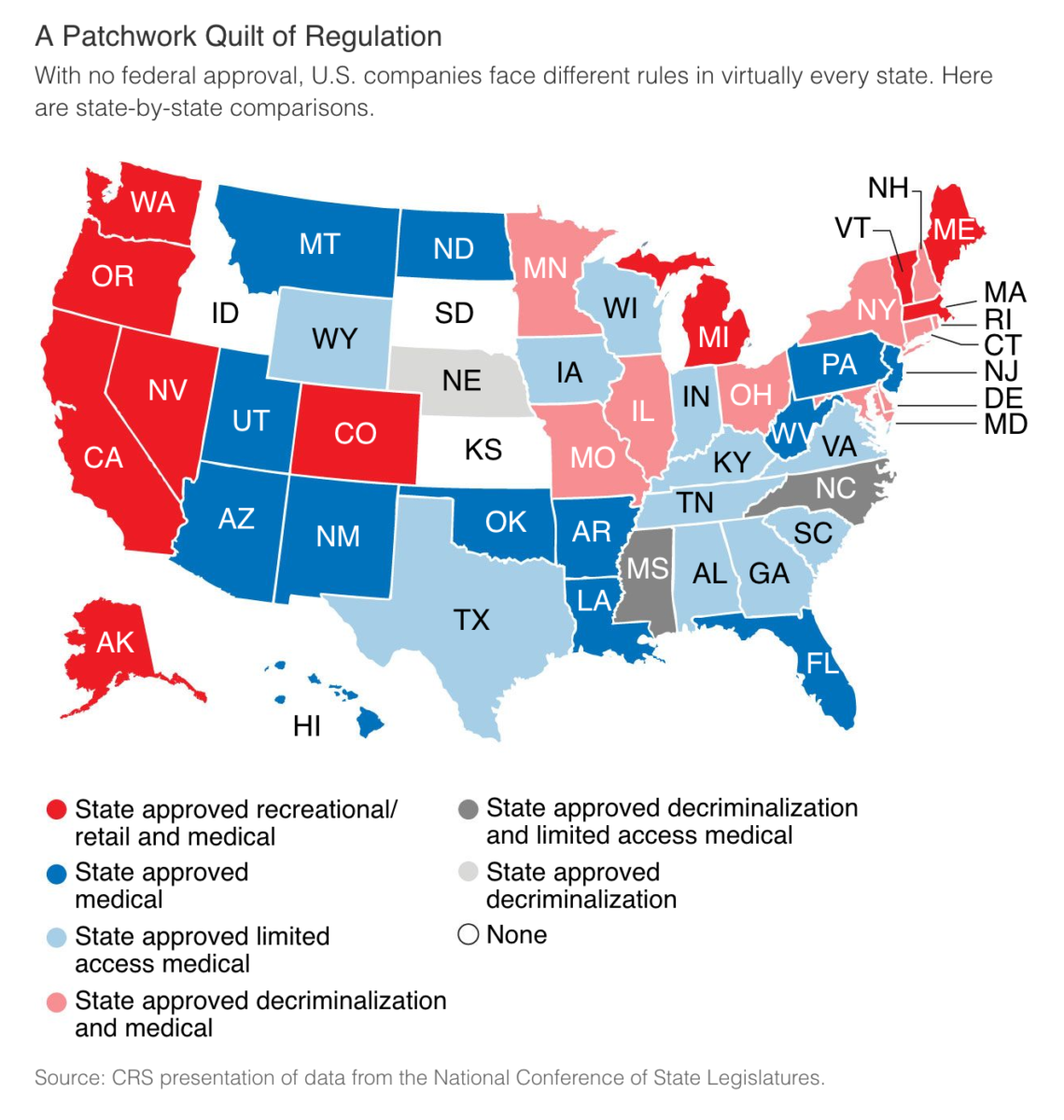