The weekend is here! Pour yourself a mug of French Roast coffee, grab a seat on the aisle, and get ready for our longer form weekend reads:

• Confessions of a Content Marketer: Asset managers and banks produce an astounding amount of white papers, sponsored content, and “thought leadership.” Here’s how the sausage is made. (Institutional Investor)
• Blitzscaling: The fundamental problem with Silicon Valley’s favorite growth strategy (Quartz)
• How Big-Box Stores Bilk Local Governments They lower their property taxes through a surreal trick called “dark store theory.” States are finally fighting back. (Slate)
• The Subtle Threat of High-Quality Distractions: Why we struggle to do our best work in an age of intellectual abundance. (Medium)
• Inside Wisconsin’s Disastrous $4.5 Billion Deal With Foxconn (Bloomberg Businessweek)
• The Church With the $6 Billion Portfolio: While many houses of worship are warding off developers, Trinity Church has become a big-time developer itself. (New York Times)
• The Five Families of Feces: The Porta-Potty King of New York City Faces a Threat to His Throne (New York Magazine)
• Fight the Ship: The Inside Story of an American Warship Doomed by Its Own Navy (Propublica)
• Michelangelo’s Sistine splendor, story of a Renaissance icon: When awarded the commission to paint the Sistine Chapel, Michelangelo was doubted by critics. Silencing them, his beautiful brushstrokes came to embody the peak of Renaissance art. (National Geographic)
• Was the Godfather of Soul murdered? Twelve years after James Brown’s death, nearly a dozen people who knew him are calling for an autopsy or a criminal investigation (CNN)

Be sure to check out our Masters in Business interview this weekend with fashion industry legend Fern Mallis, who created the modern New York Fashion Week and helmed the influential Council of Fashion Designers of America (CFDA). She hosts a series of interviews with high-profile designers collected in the book “Fashion Lives: Fashion Icons With Fern Mallis.”

Dividends and Buybacks – Fact and Fiction 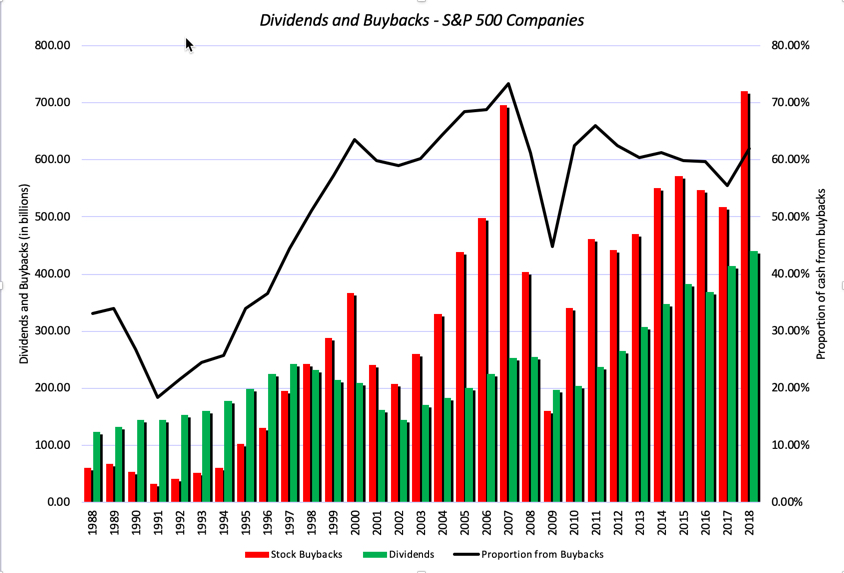