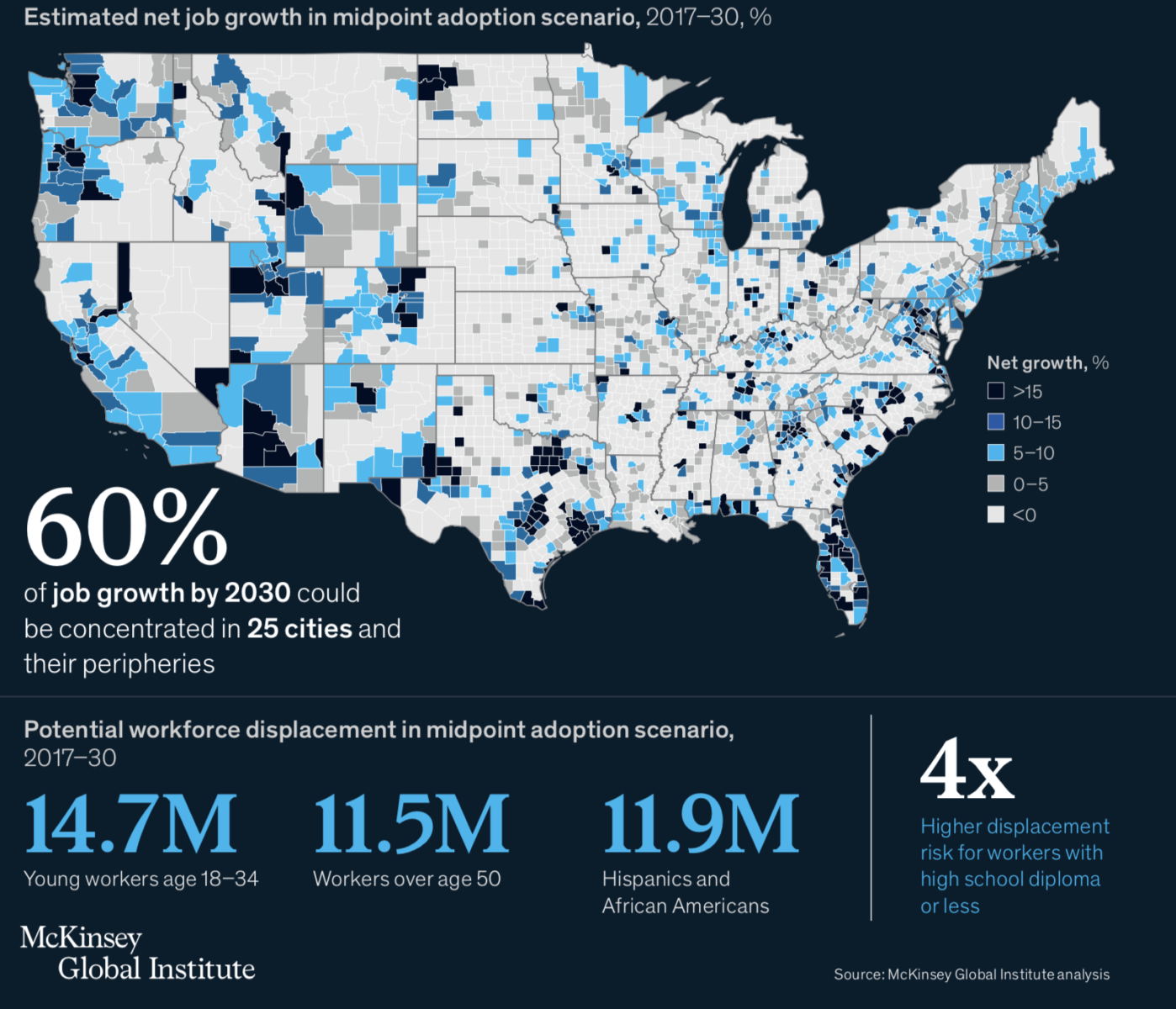 Where is the future economic growth coming from in the United States?

Just 25 urban areas have accounted for more than two thirds of US job growth since 2007. These mega-cities attract most of the national talent, economic development, and wealth creation. In the winner-take-all society, we should expect opportunities will continue to accrue for these cities to become bigger, richer and more powerful in the future. This implies that the rest of America, especially more rural areas, will lag further and further behind.

I am tempted to call it the “New Geographic Inequality,” only it is not so new.

The implication here is that that gap is going to rapidly grow, becoming appreciably wider over the next decade or two.

This and lots of other interesting data are detailed in a new report by McKinsey Global Institute. The analysis of 315 cities and more than 3,000 counties shows “only the healthiest local economies will be able to successfully adapt to disruptions caused by the next wave of automation.” What is likely to follow is that “wide swaths of the country, especially already-distressed rural regions, are in danger of shedding more jobs.”

The 25 most prosperous cities that have led the recovery from the Great Recession are best positioned to adapt to changing conditions. At least 60% of job growth through 2030 is likely to come from these regions.

You can check out the entire report here. 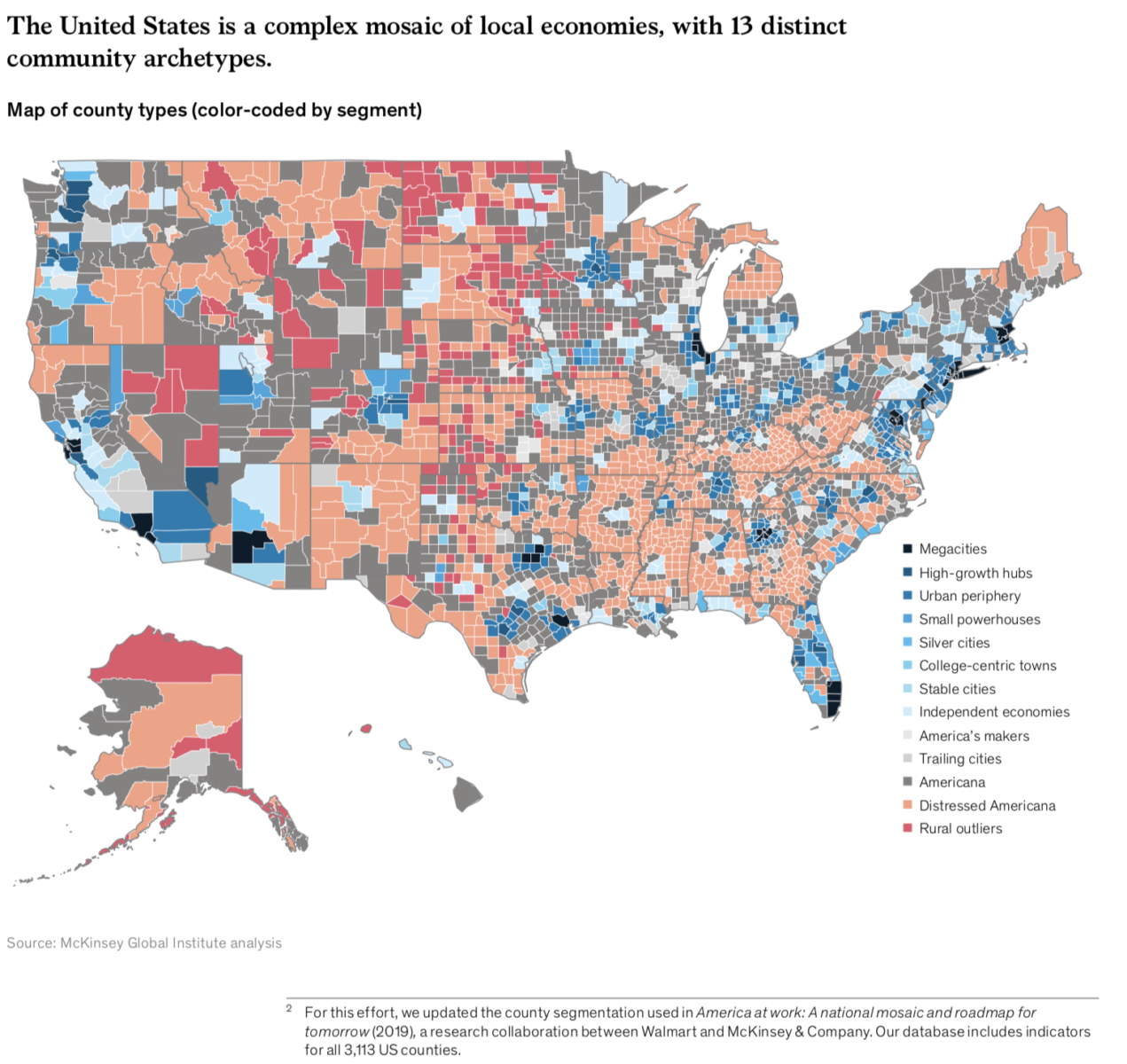 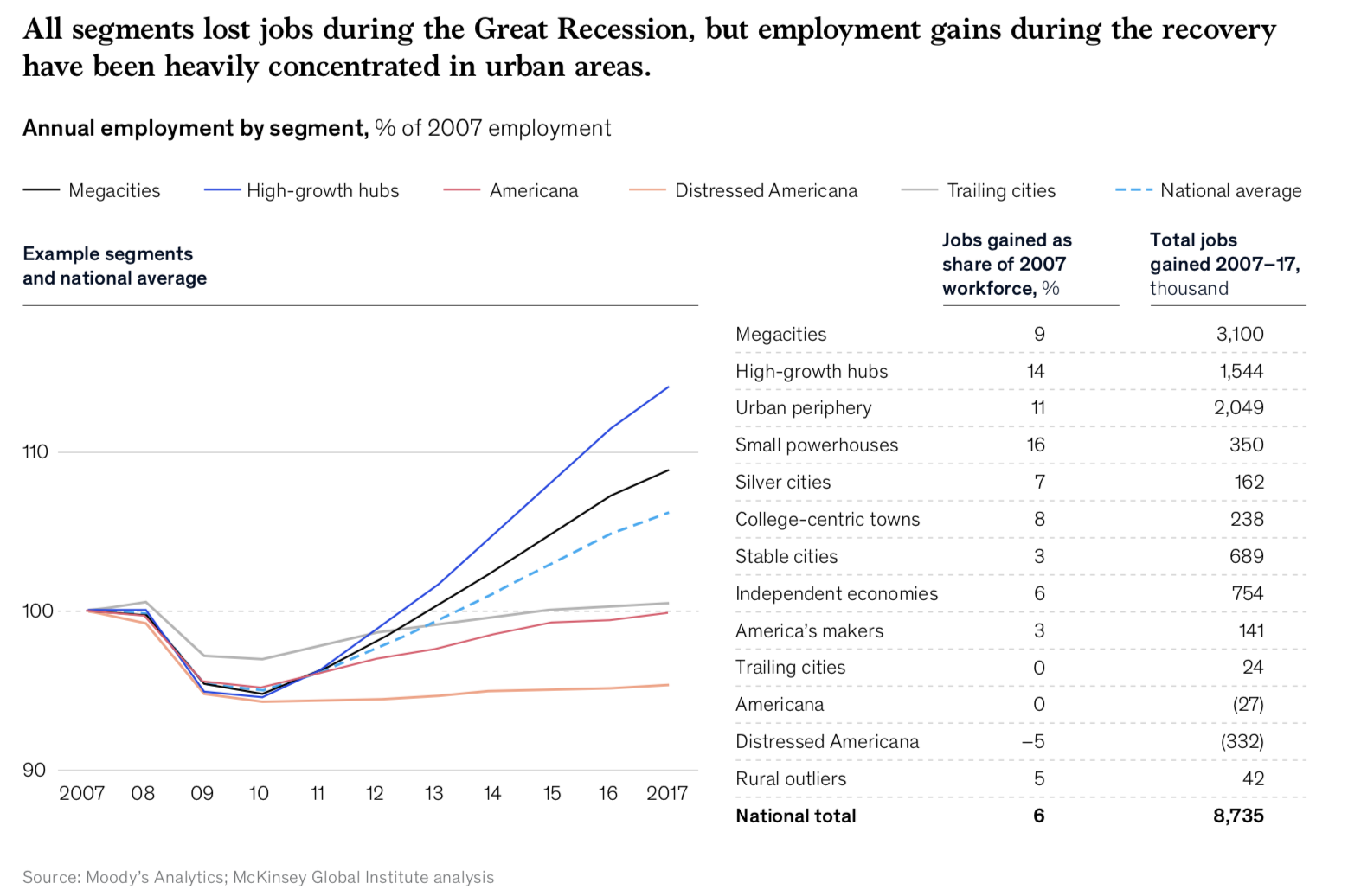 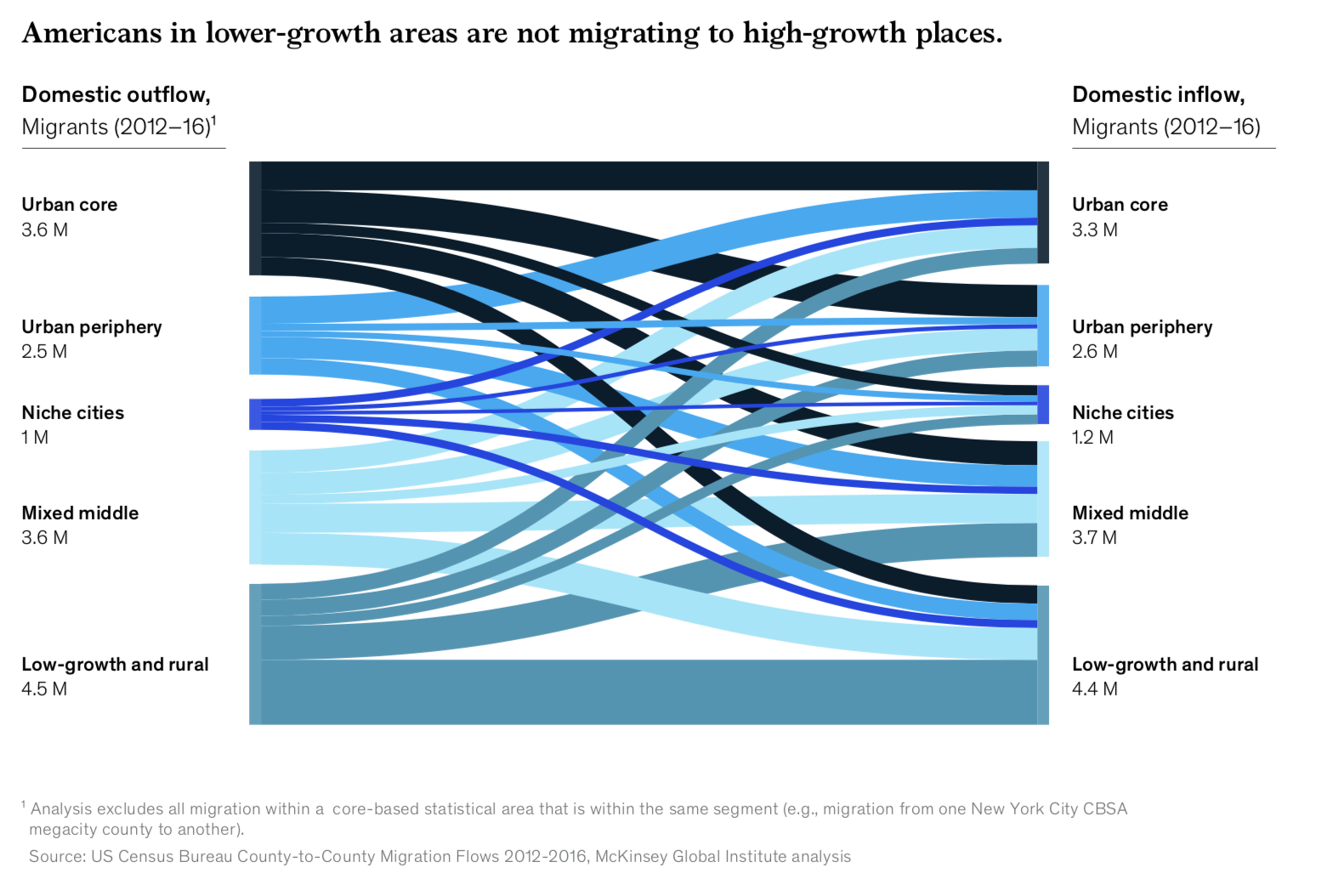 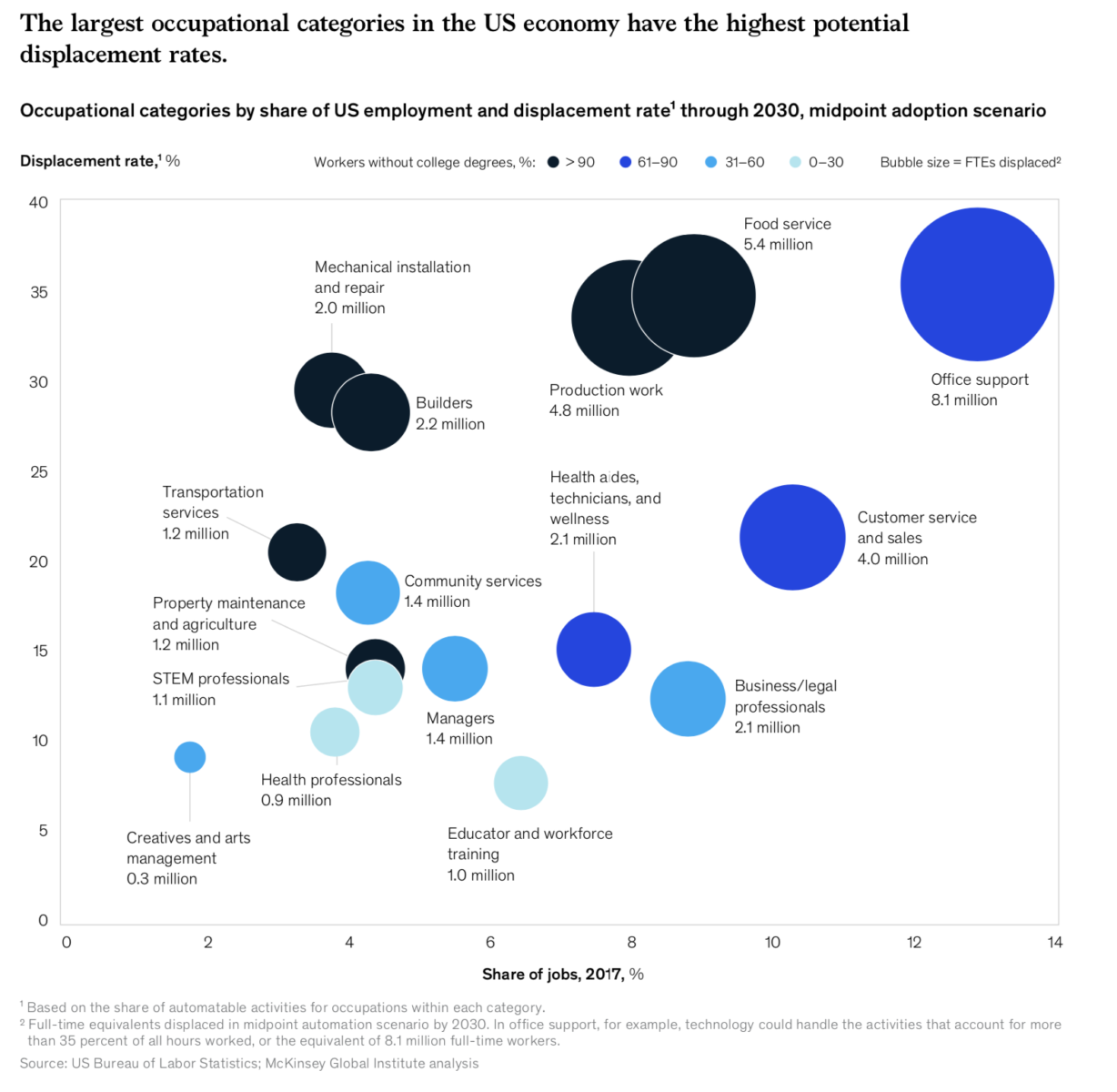 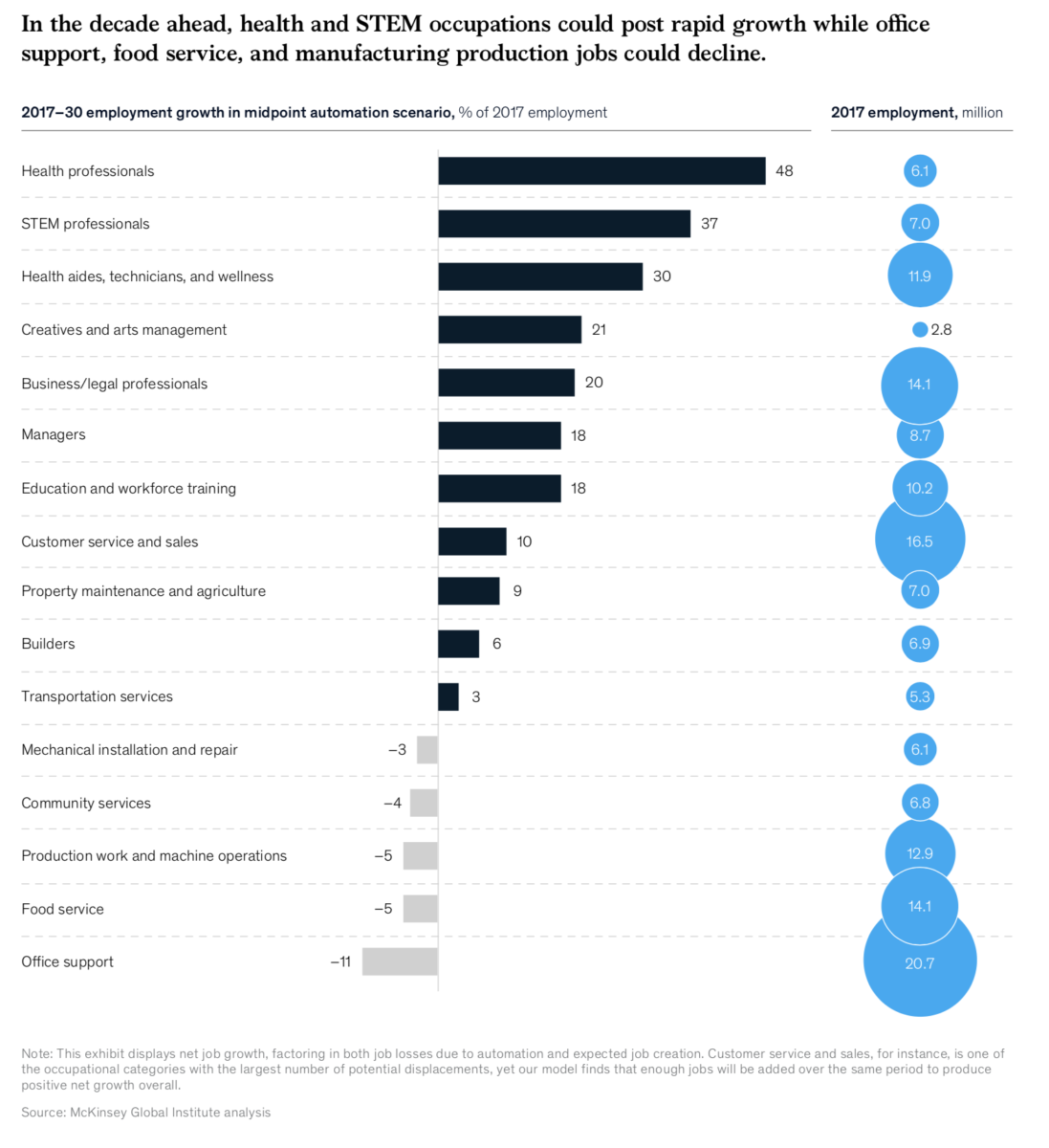 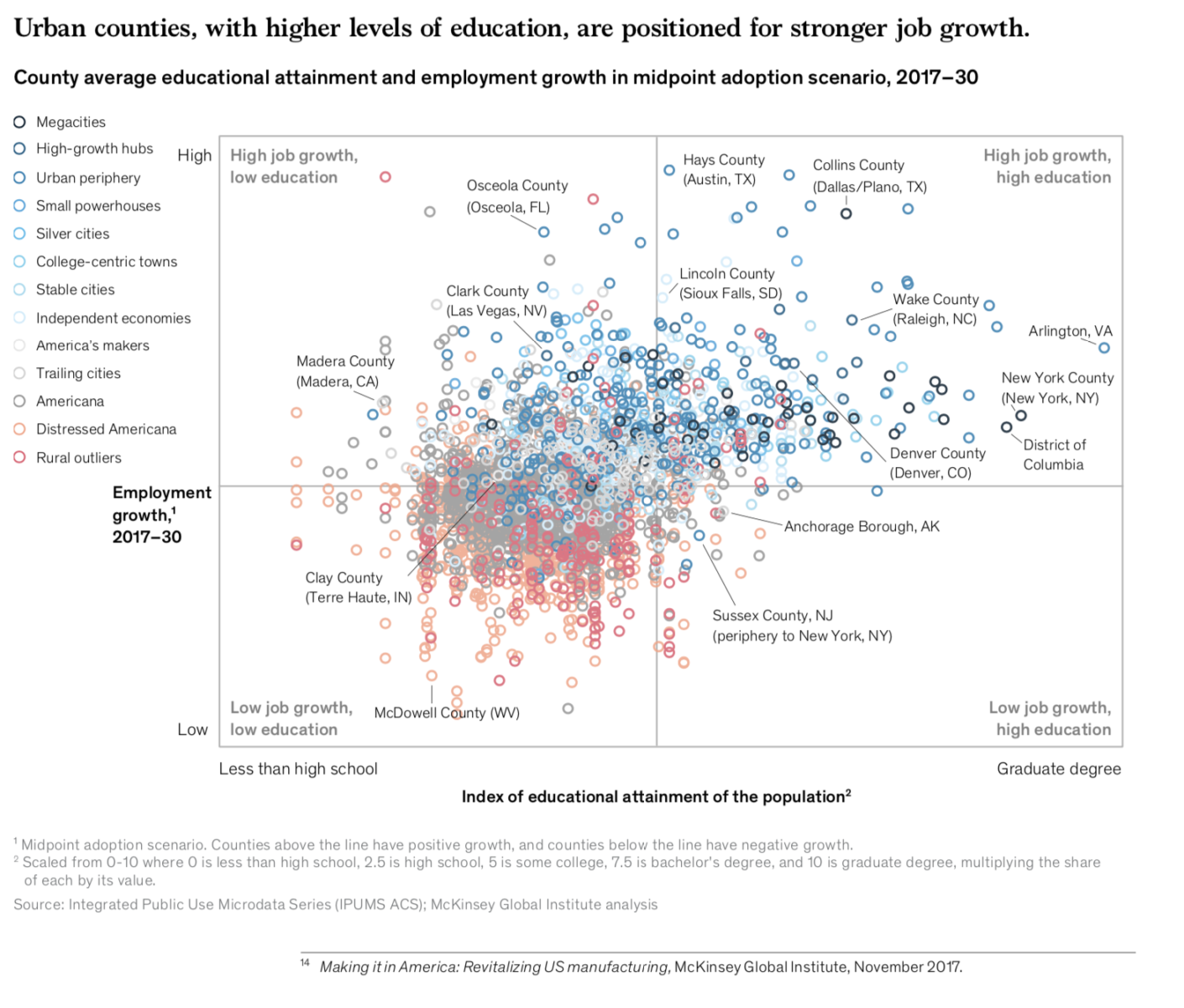