I jumped on MSNBC with Stephanie Ruhle to discuss the possibility of recession and the changes in the Business Roundtable views of “Shareholder Value.” 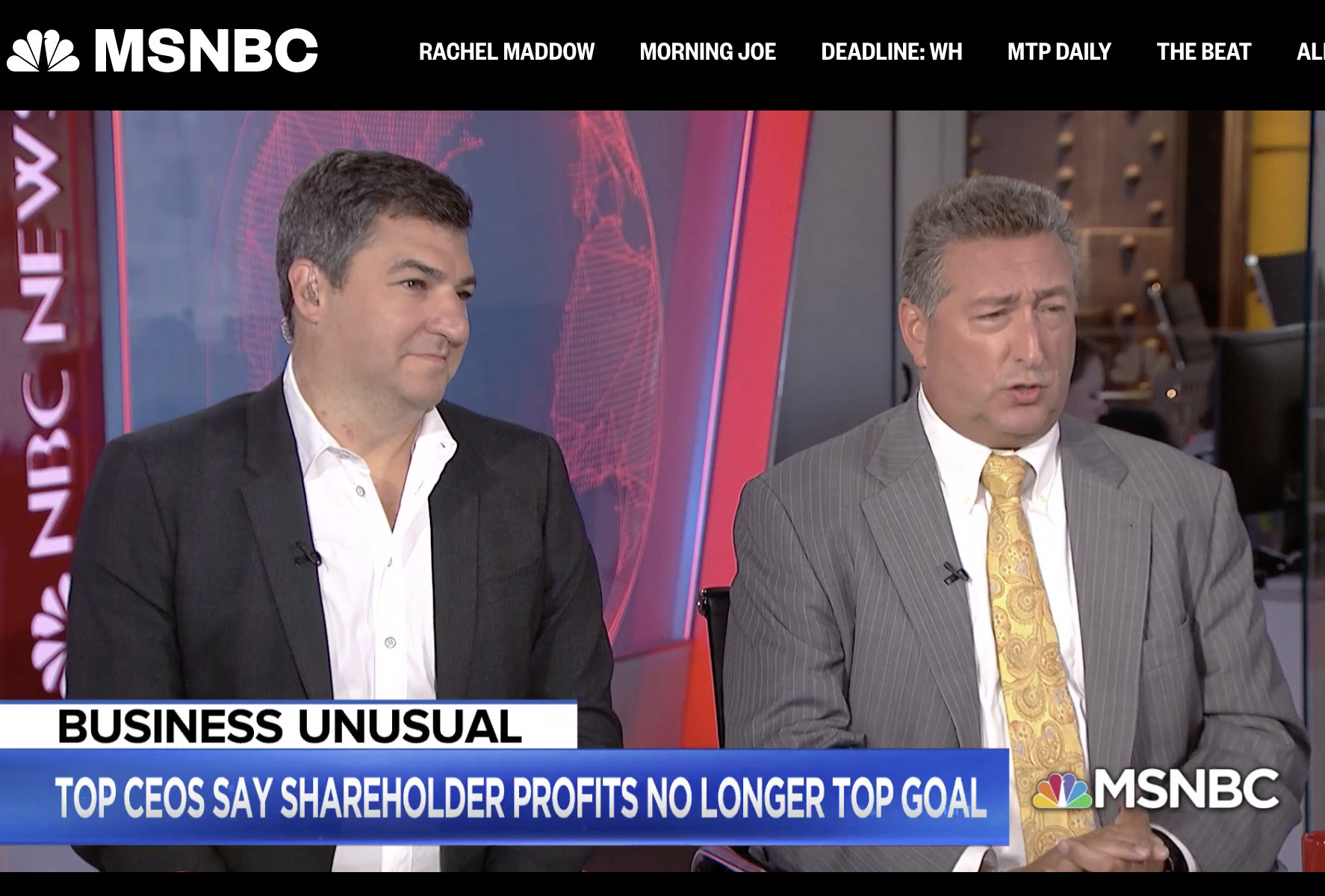 The CEOs of nearly two hundred companies say it’s not just about shareholders anymore, it’s about stakeholders. Risk Reversal Advisors Principal Dan Nathan, Chairman of Ritholtz Wealth Management, Barry Ritholtz, and “Kochland” author Christopher Leonard join Stephanie Ruhle to discuss how corporate America is trying to change the rules of capitalism and whether we can believe them.

CEOs say corporations need to change the rules of capitalism