The weekend is here! Pour yourself a mug of Sumatra coffee, grab a seat on the beach, and get ready for our longer form weekend reads:

• Why the Periodic Table of Elements Is More Important Than Ever (Bloomberg Businessweek)
• “He’s Full of Shit”: How Elon Musk Gambled Tesla to Save SolarCity (Vanity Fair)
• Negative Interest Rates Are Extremely Toxic (The Market)
• The spy in your wallet: Credit cards have a privacy problem (Washington Post)
• How Uber Got Lost: The once-swaggering company is losing more money and growing more slowly than ever. What happened? (New York Times)
• CIO Roundtable: Active, Passive, and the Future of Investment Strategies (Chief Investment Officer)
• The Next Frontier in Treating Disease (Barron’s)
• The Commuting Principle That Shaped Urban History. (CityLab)
• The Paradox of ‘Peanuts’: Charles Schulz’s kid characters are precocious, cruel, and nihilistic. They’re also among the most compelling in children’s literature. (The Atlantic) see also Against Cheerfulness: Being cheerful the American way borders on psychosis (Aeon)
•  The Sports News Site Haters Love to Dunk on Keeps Signing Up Subscribers: The Athletic now has more than a half-million readers, but can it turn a profit? (Bloomberg Businessweek)

Be sure to check out our Masters in Business interview this weekend with Jay Bowen III, CEO/CIO of Bowen, Hanes and Co. The firm has received national acclaim for its 43-year tenure as the sole manager of the City of Tampa Firefighters’ and Police Officers’ Pension Fund.

Why Business Confidence is Plummeting 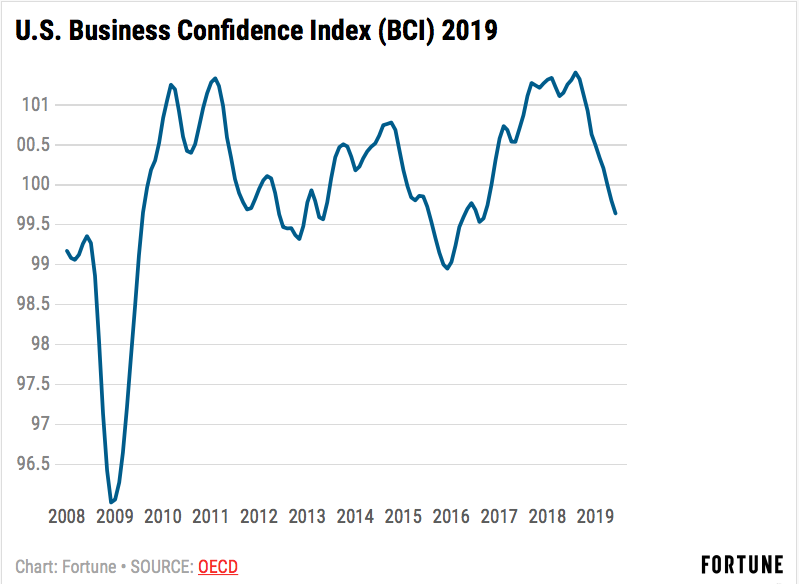 Succinct Summation of Week’s Events for 8.30.19