• How 8chan Was Born — and Became the Worst Place on the Internet (Vice) see also ‘So What’s His Kill Count?’: The Toxic Online World Where Mass Shooters Thrive (Wall Street Journal)
• And Now, a Word From a Fanatic (NYT)
• The Hedge Fund That Wasn’t: Bruce Shi of Thrones Capital claims in Forbes to be one of the most successful investment managers in the world. An investigation by columnist Angelo Calvello suggests he’s something else. (Institutional Investor)
• The Secret Files of the Master of Modern Gerrymandering (New Yorker)
• The Green New Deal Is Cheaper Than Climate Change: The economic cost of allowing temperatures to rise even a couple of degrees above that target is simply staggering. (The Nation)
• An expert on human blind spots gives advice on how to think. (Vox)
• Is Science Political? Many take the separation between science and politics for granted, but this view of science has its own political history: it was developed, in part, as an anti-communist tool of the Cold War. (Boston Review)
• The Death of Alexander the Great: One of History’s Great Unsolved Mysteries (Literary Hub)
• Trumpworld Anxiety Grows Over a Rising Elizabeth Warren (Daily Beast)
• Rare Factory Hardtop: Restored 1958 BMW 507 S2 (Bring A Trailer) see also Why The BMW Z8 Is The Best Looking Car Ever (Car Throttle)

How the Senate Map Is Shaping Up 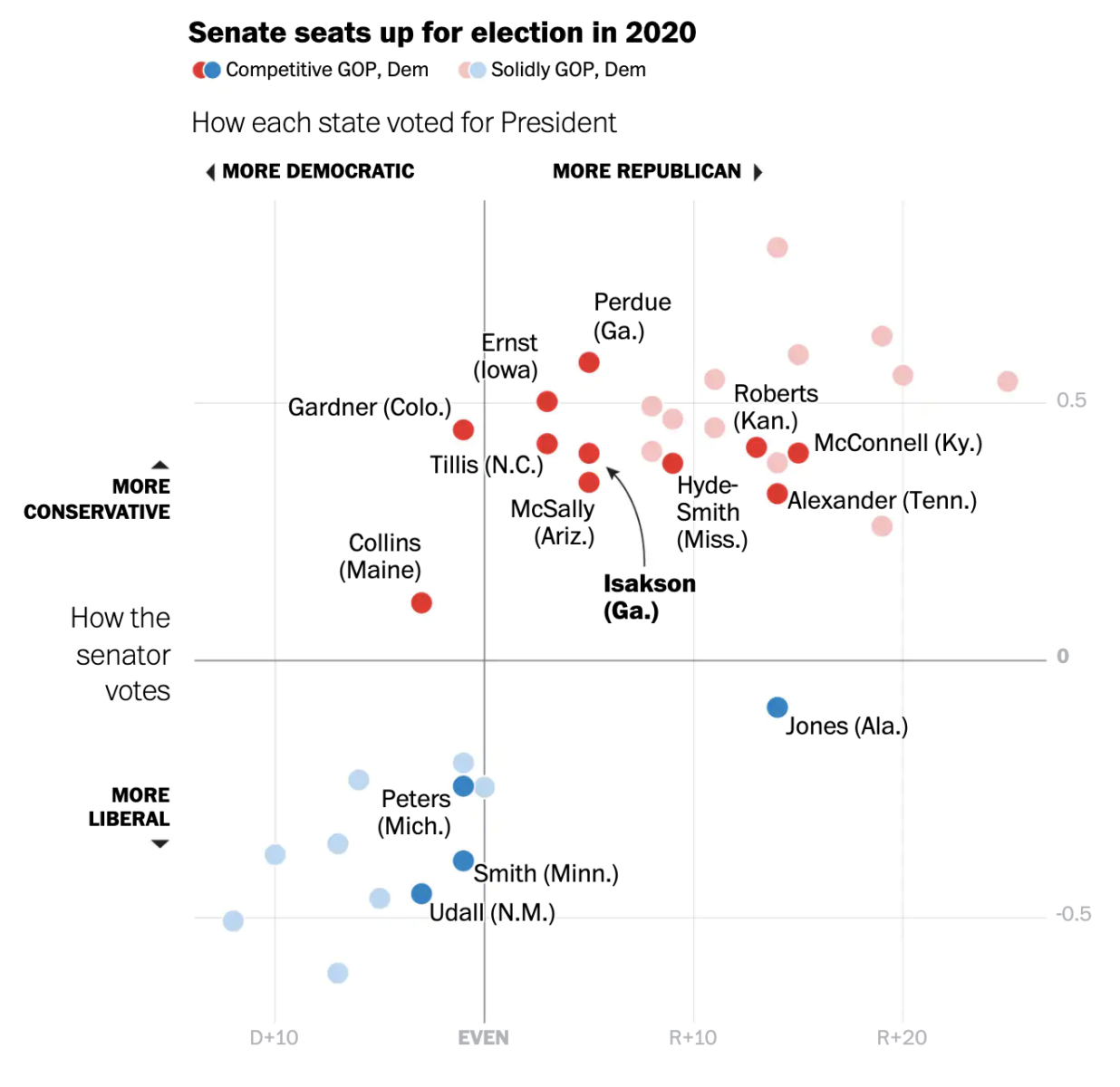