40% of multinational profits are shifted to tax havens each year 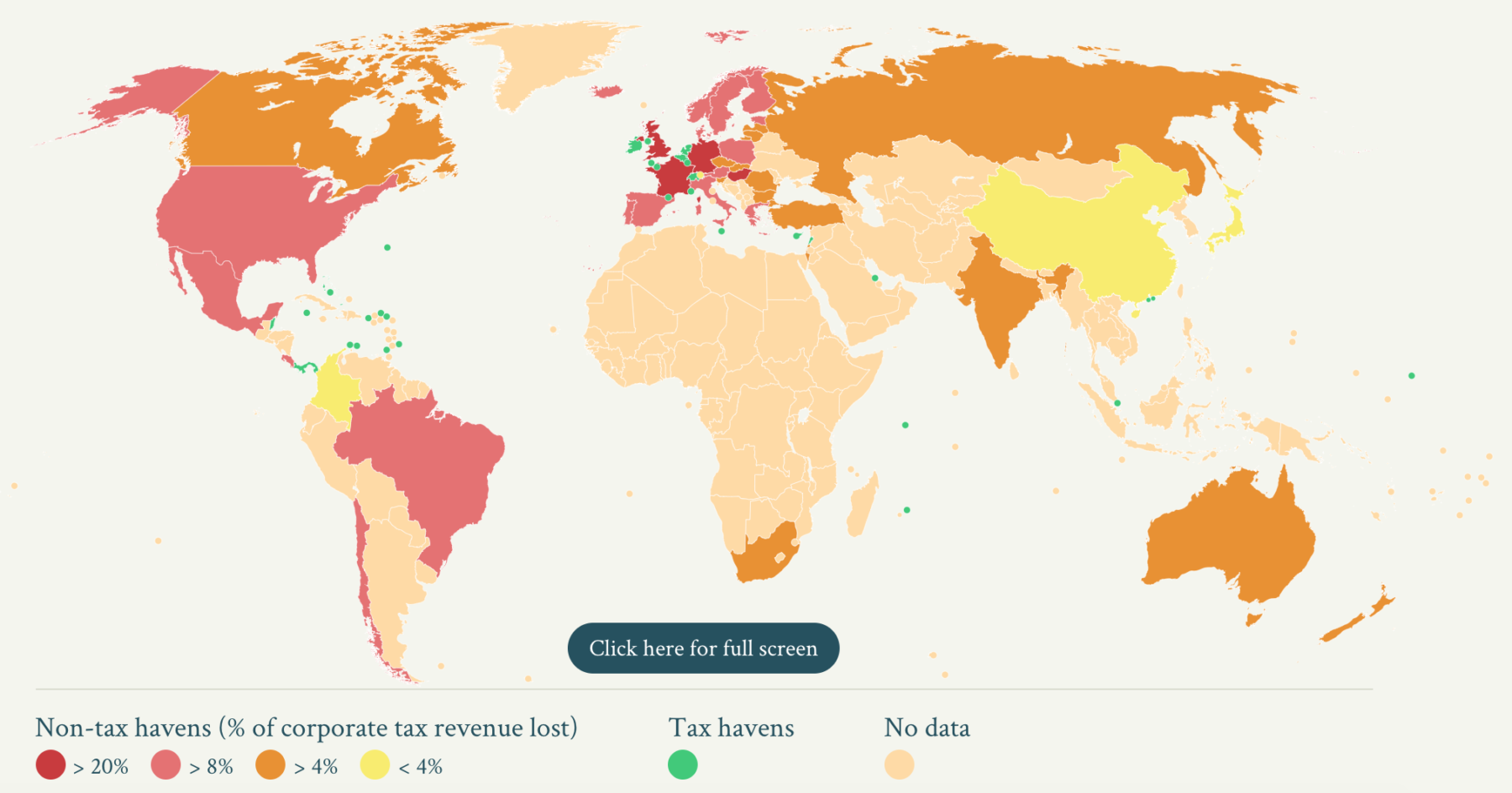 Globally, about $650 billion in profits are shifted to such tax havens by multinational from all countries. This fascinating research project from the University of California at Berkeley and the University of Copenhagen is an attempt to track all of those tax avoiding dollars, to see which countries attract and lose profits in this shell game.

The loss of profit is the highest for the (non-haven) European Union countries. U.S. multinationals shift comparatively more profits (about 60% of their foreign profits) than multinationals from other countries (40% for the world on average). The shareholders of U.S. multinationals thus appear to be the main winners from global profit shifting. Moreover, the governments of tax havens derive sizable benefits from this phenomenon: by taxing the large amount of paper profits they attract at low rates (less than 5%), they are able to generate more tax revenue, as a fraction of their national income, than the United States and non-haven European countries that have much higher tax rates.