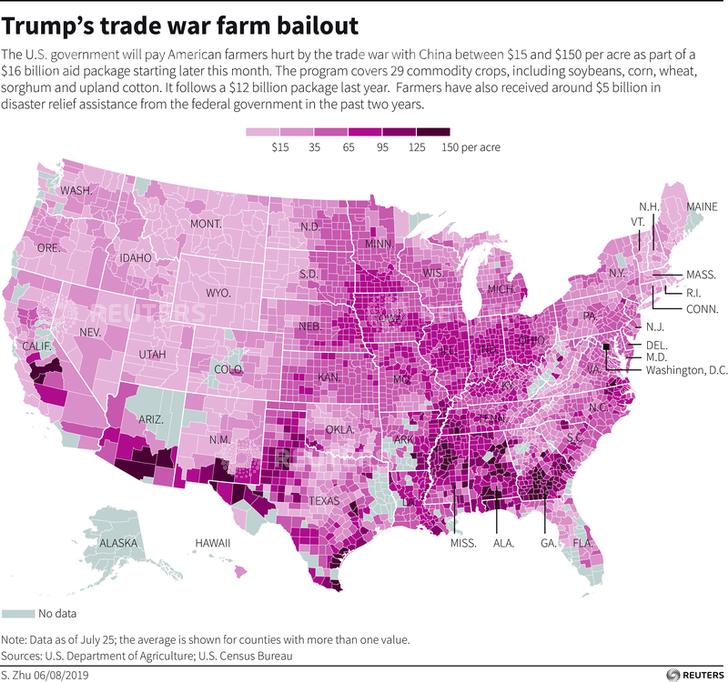 I missed this over the summer: According to Reuters, “the U.S. government will pay American farmers hurt by the trade war with China between $15 and $150 per acre as part of a $16 billion aid package.” Aid is going gone to mostly wealthy corporate farms.

In other words, the cost of the trade war is being borne first by farmers, who lose a major market for their crops, second by taxpayers, who are bailing out the farmers.

Contrary to what you may heard about trade wars being good and easy to win, they turn out to be neither: It’s a lose lose.

Which States Could Suffer the Most From Trade War Tariffs? (September 16, 2019)