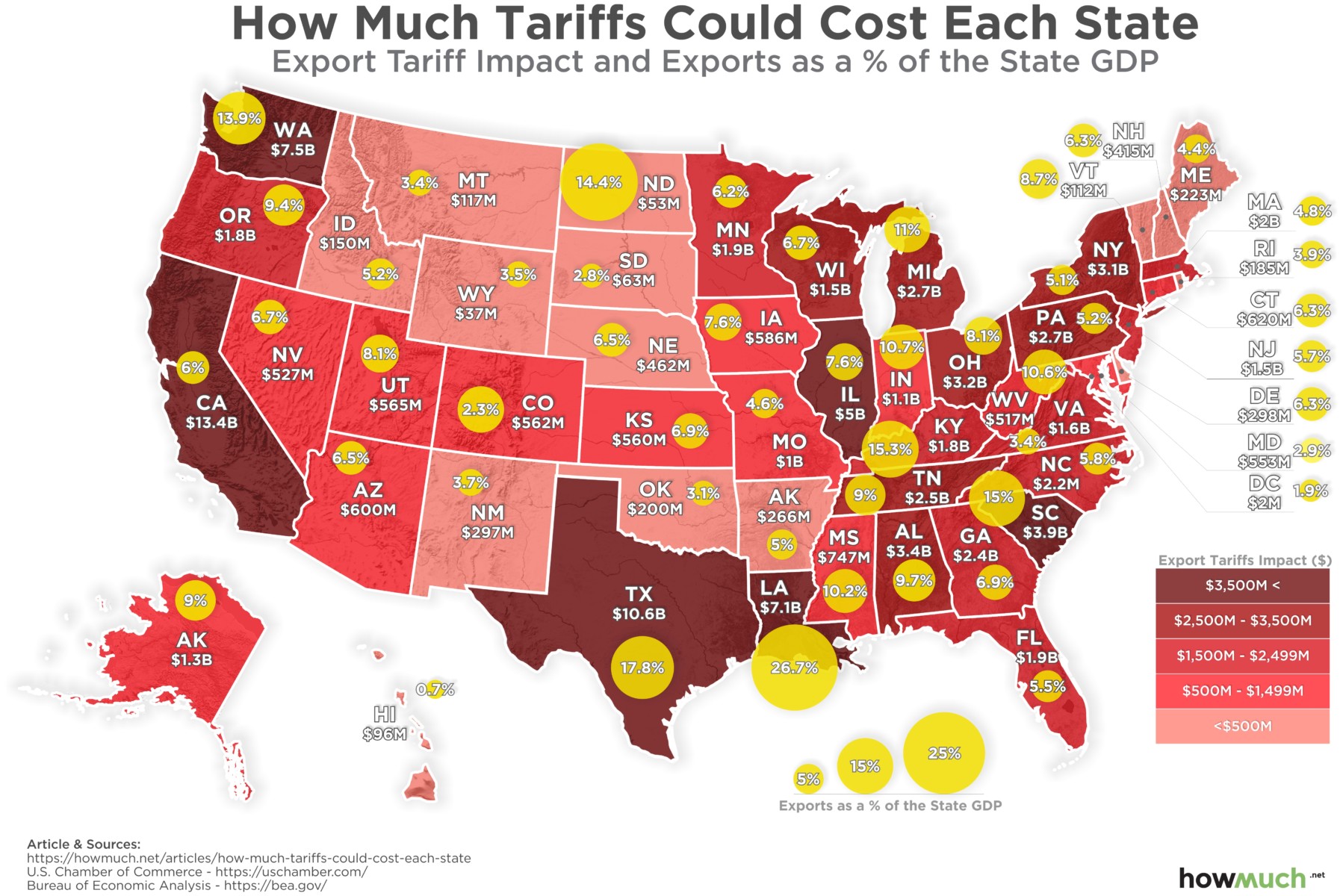 This is pretty amazing:

• States on the West Coast, Gulf Coast, and Mid-Atlantic region stand to lose the most money as a result of these export tariffs. States in the Midwest and Great Plains stand to lose the least amount of money.

• Some state economies rely more on exports than others. For example, exports comprise 26.7% of Louisiana’s economy, compared to only 0.7% of Hawaii’s economy.

• Half of all manufacturing jobs in the U.S. are dependent on exports, and one in three acres of American farmland is used for selling agricultural products to other countries.

All data sourced via How Much.