• Stocks Are Soaring Because Supplies Are Limited: The number of publicly traded companies has dropped by about half in 20 years. (Bloomberg)
• Bitcoin, 11-years in: Bitcoin is a new sort of financial betting game. It is a digital, global, highly-secure, and fairer version of the old-fashioned chain letter. (JP Koning)
•  The Private Equity Paradox: Small funds tend to deliver the best returns — but mega funds keep raking in capital. (Institutional Investor)
• Realistic Investment Results (Of Dollars And Data)
• The Lousy Job Economy: Young People Bear the Brunt of a Long-Term Decline in American Job Quality (ProMarket)
• 4-Day Workweek Boosted Workers’ Productivity By 40%, Microsoft Japan Says (NPR)
• What Would Happen If the Internet Went Down … Forever? (Popular Mechanics)
• An Energy Breakthrough Could Store Solar Power for Decades (Businessweek)
• The Strange, Sad Story of the Ken Doll’s Crotch (Jezebel)
• The NBA’s Next Big Star Is a Center. He’s Also a Point Guard. There has never been a point guard like Nikola Jokic. (WSJ)

One Year From Election, Trump Trails Biden but Leads Warren in Battlegrounds 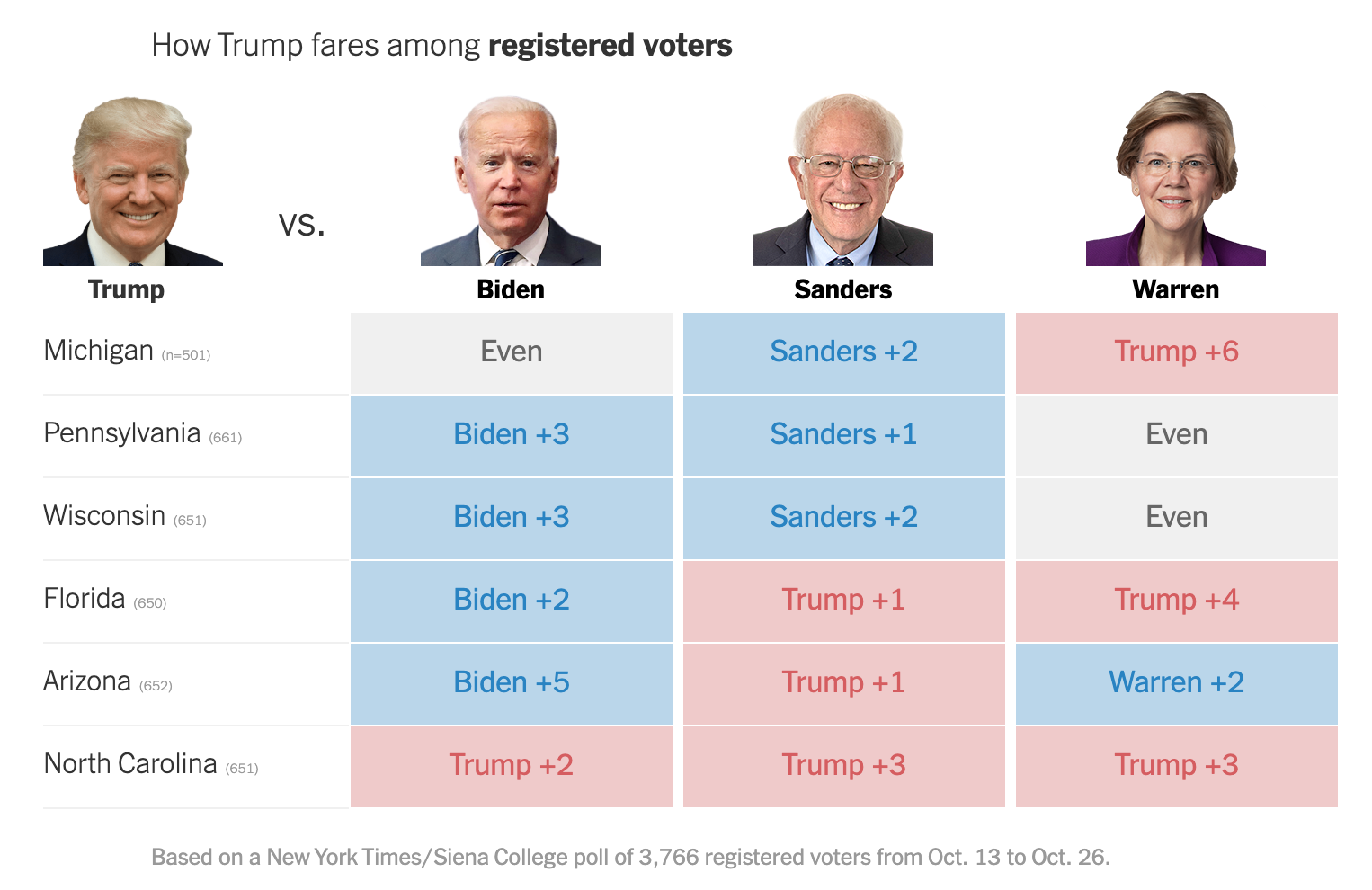 Total Return versus Price Only