• Silicon Valley Is Listening to Your Most Intimate Moments: The world’s biggest companies hear the most sensitive moments of millions of people. (Businessweek)
• The Little-Known Mutual Fund That Loved WeWork: Adam Neumann’s dumpster fire was the darling of Silicon Valley — and, apparently, a sleepy investment manager based in Wayne, Pennsylvania. (Institutional Investor)
• The Wall Street Bankers Who Burst Aramco’s $2 Trillion Bubble (Bloomberg)
• Stop Believing in Free Shipping (The Atlantic)
• Who Put the ‘S’ in ‘ESG’ (and What Does It Mean)? (Businessweek) see also CalPERS: No Divestment of Fossil Fuel Companies (Chief Investment Officer)
• Big Tech’s Most Powerful Apostates, Ranked (New York Magazine)
• Fox News Is Now a Threat to National Security (Wired)
• What if You Had a Four-Day Week? Why Don’t You? (NYT)
• The Ringer’s 41 Favorite Sports Moments of 2019 (The Ringer)
• The five best lightsaber battles in Star Wars history (Washington Post)

Be sure to check out our Masters in Business interview this weekend with Peter Mallouk, CEO of Creative Planning, a $46 billion RIA, and author of “The 5 Mistakes Every Investor Makes and How to Avoid Them.”

How the Sino-American trade war is affecting commodity markets 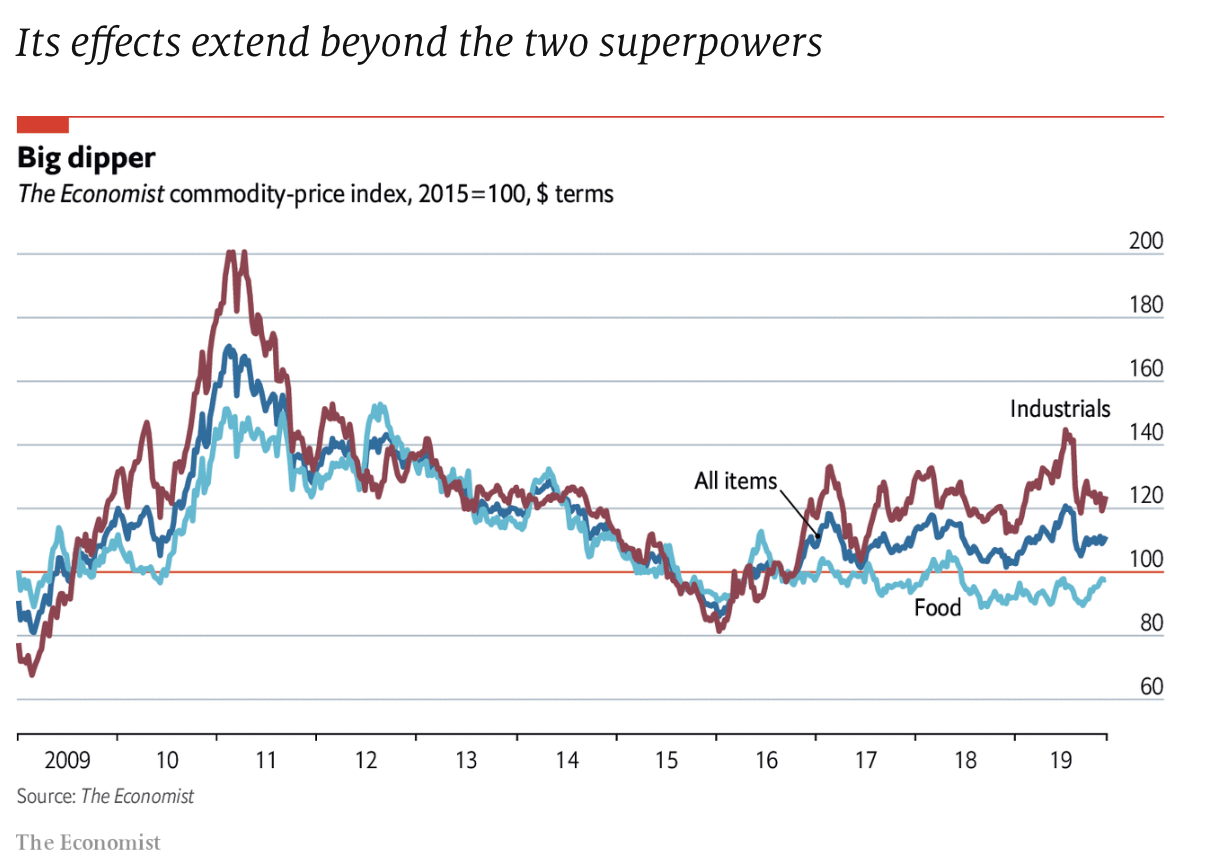