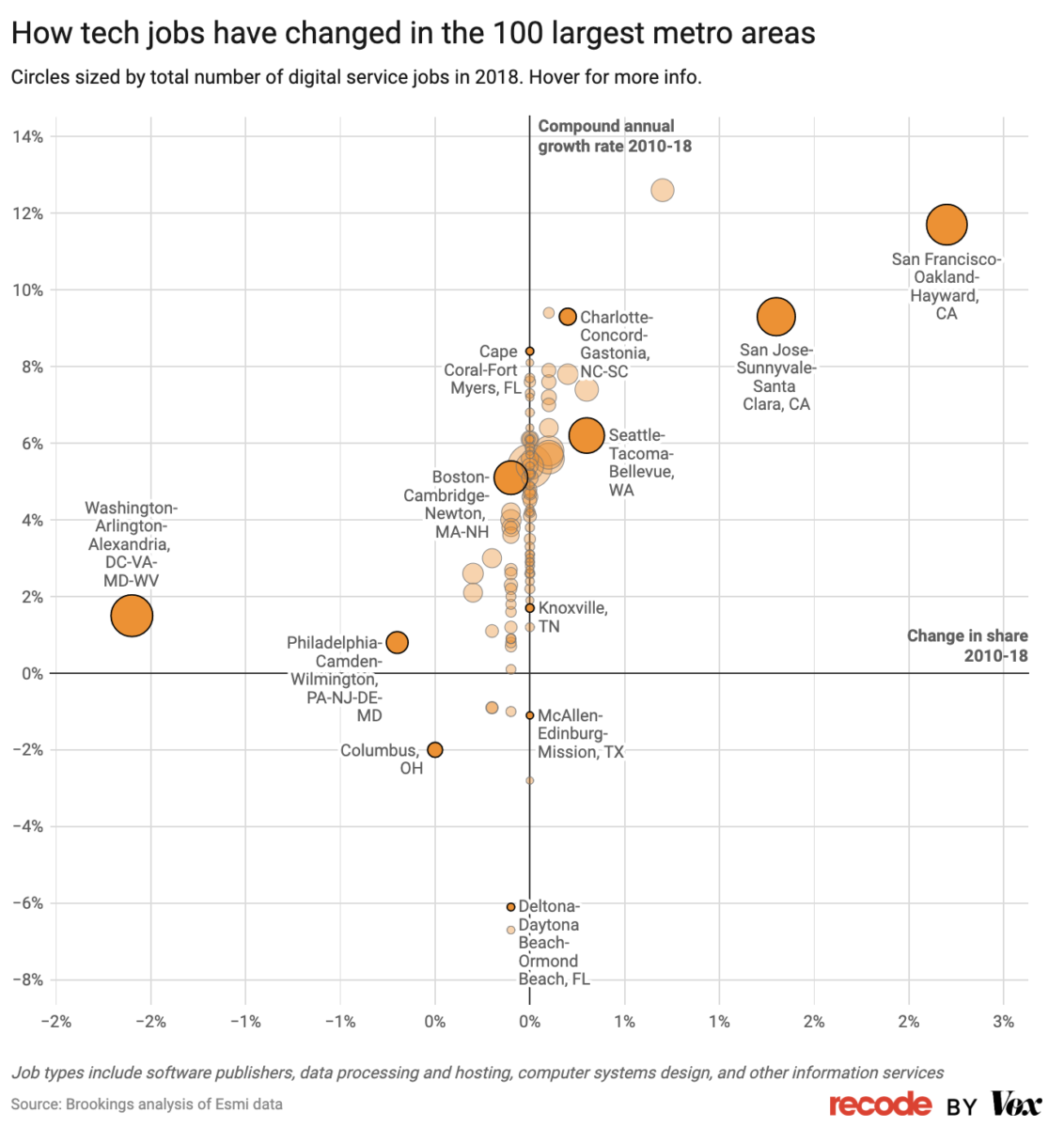 Tomorrow is the NFP report. This has me thinking about jobs, and the winners and losers in this economy.

My confirmation bias is showing: I find the chart above incredibly telling. Its emblematic of our two — or 3, if you prefer — tiered society.

Once you start looking at the U.S. as a country of haves and have nots (and have much mores) you cannot help but see it everywhere. This defines us as a society, it is who we are, and what we do. From crowdfunding medical bills to $100 million dollar homes, we are a divided along economic fault lines.

It wasn’t always like this. Post World War Two, the structure of society was different. There was more economic mobility, more government programs (i.e., GI Bill), more progressive taxation, etc. that led to a broader sharing of society’s productive output.

Simply stated, there was more opportunity for the average person to do better than their parents did then.

The economic structure has changed. It started in the 1980s, but accelerated post GFC. It has been evident since the economy began recovering a decade ago. In 2015, I paraphrased William Gibson, noting “The recovery is already here — it’s just not evenly distributed.” You can see that in places like Portland or Seattle and in Pittsburg and Trenton and Detroit.

The economy has changed, shifting from 20th century manufacturing to 21st century services. The shift favors intellectual capital over muscle. It give the edge to urban areas over rural; more education (especially STEM) over less; creative tasks over rote repetition; capital over labor.

Nowhere is this more obvious than in the tech world:

“The 10 metro areas with the highest shares of digital service jobs accounted for nearly half of these jobs nationwide in 2018. They also captured about half of the growth in nearly a million new tech jobs added since 2010. About a third of the national increase was concentrated in San Francisco, Seattle, San Jose, Los Angeles, and Austin alone. The vast majority of cities, however, either lost tech jobs or saw no change in that time.”

Who you are, where you live, your job and educational background very much determines how you view the economy, and very likely, which candidate(s) you tend to support. It impacts your job security and wages.

Those on the wrong side of the digital divide exist in a continual state of anxiety. Consider this as you jeer or jeer tomorrow’s Employment Situation report.

See also:
No matter which way you look at it, tech jobs are still concentrating in just a few cities (Brookings)

For Growing Numbers of Struggling U.S. Cities, the Downturn Has Arrived (WSJ)