The weekend is here! Pour yourself a mug of Alto Grande coffee, grab a seat by the garden, and get ready for our longer form weekend reads:

• The Great Wall Street Housing Grab: Hundreds of thousands of single-family homes are now in the hands of giant companies — squeezing renters for revenue and putting the American dream even further out of reach. (New York Times)
• Walmart is quietly working on an Amazon Prime competitor called Walmart+ (Vox)
• Rebekah Neumann’s Search For Enlightenment Fueled WeWork’s Collapse (Bustle)
• Psychedelic drugs may transform mental health care. And big business is ready to profit from the revolution. (Fortune)
• The American restaurant is on life support (The Counter) see also Starbucks: A reconsideration. 50th birthday and 32,000th store, what does Starbucks mean anymore? (Vox)
• How to Change Anyone’s Mind: People instinctively resist being forced to do things differently. Instead of pushing, try removing the barriers that stand in their way. (Wall Street Journal)
• No Ghost in the Machine: Artificial intelligence isn’t as intelligent as you think (American Scholar)
• Waiting for the End of the World: Apocalypse camp at the dawn of the Great Extinction (Harper’s Magazine)
• As Evangelical Teenagers, My Friends and I Were Inseparable. How Did We All Drift So Far Apart? (Slate)
• The President Is Winning His War on American Institutions: How Trump is destroying the civil service and bending the government to his will (The Atlantic)

Be sure to check out our Masters in Business interview this weekend with Jan van Eyck, CEO of Van Eck Associates, which manages about $49 billion dollars in ETFs and funds.

US rates pricing in a global recession 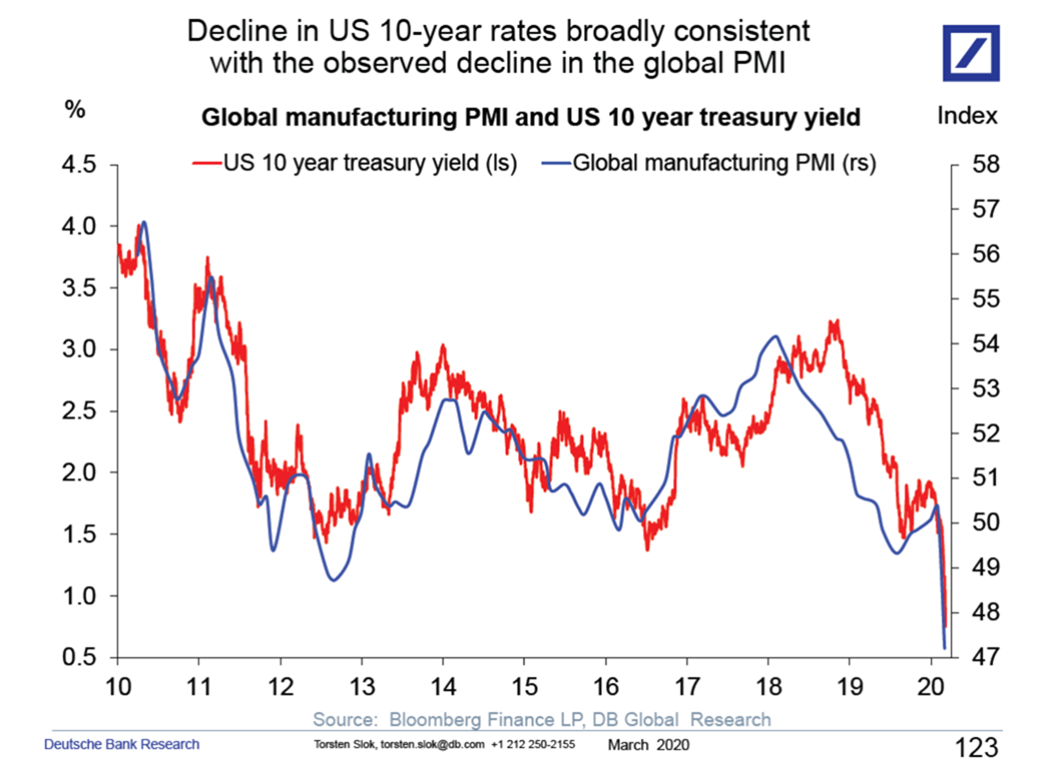