• The world falls apart as the US withdraws: An administration that cannot govern makes a stark contrast with China (Financial Times)
• The Tanger Outlets CEO Thinks Online Shopping Is Overrated. Now He’s Betting on It. For years, Steven Tanger staked his business on the idea that people want to buy clothing in person. When the pandemic hit, he made a bold bet on business as usual. (Wall Street Journal)
• Is Anyone Watching Quibi? The streaming platform raised $1.75 billion and secured a roster of A-list talent, but it can’t get audiences to notice. (Vulture)
• Barry Diller Has No Time for Talk of a World Changed by Pandemic: Forget working from home and Zoom meetings. Barry Diller is betting the future looks a lot like the past. (Bloomberg)
• Stop Building More Roads: There’s a right way to do infrastructure. Why does America get it wrong? (New York Times) see also I’ve Seen a Future Without Cars, and It’s Amazing: Why do American cities waste so much space on cars? (New York Times)
• How muscle maniacs are coping without the gym: Here five fitness fanatics tell us how the continued closure of gyms is impacting both their physical and mental health. (The Face)
• How to Keep Your Phone Working When There’s No Service: Apps that work offline, essential in-car gear and other tips to consider before seeking social—and cell-signal—distance on your summer road trip (Wall Street Journal)
• The scariest thing about global warming (and Covid-19): “Shifting baselines syndrome” means we could quickly get used to climate chaos. (Vox)
• Clout of Minneapolis Police Union Boss Reflects National Trend Robert Kroll fought against independent oversight even as he was hauled before disciplinary bodies and courts for alleged abuse of authority (Wall Street Journal)
• The Political Education of Killer Mike: How Michael Render—a rapper from Atlanta who also happens to be a Second Amendment–loving, Bernie Sanders–boosting, unapologetically pro-Black businessman—became one of the loudest and most original political voices in the country. (GQ) 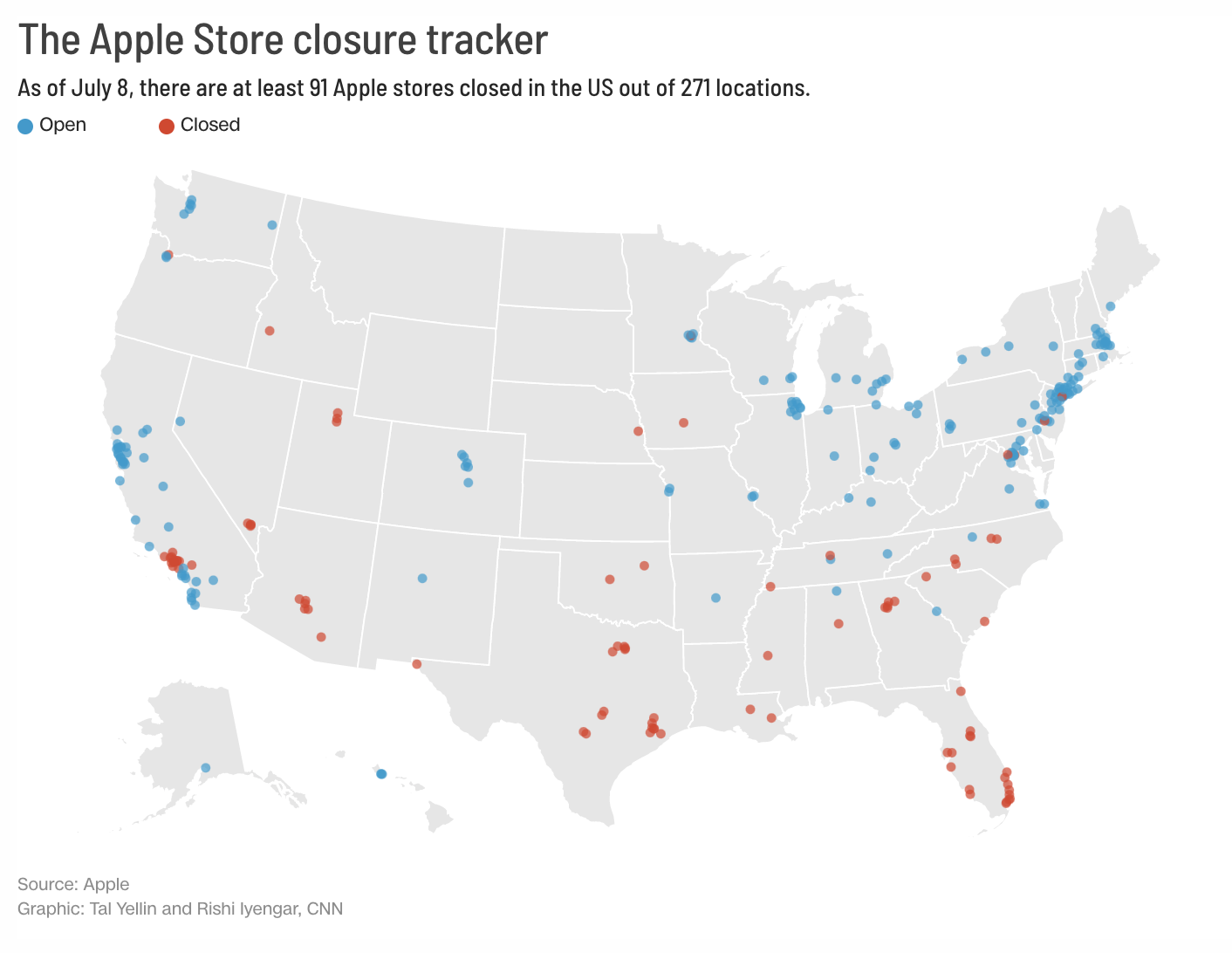 What is Driving Markets?