• How Fox News may be destroying Trump’s reelection hopes:It would be a peculiarly apt form of poetic justice if the entity that has done so much to help President Trump run this country into the ground — Fox News — ends up playing an outsize role in helping destroy his chances at reelection. Yet that may be exactly what’s happening.  (Washington Post)
• Right-wing terrorism is the biggest threat to U.S. and Europe. Jihadist plots used to be U.S. and Europe’s biggest terrorist threat. Now it’s the far right. An increasing percentage of plans and attacks in the U.S. are linked to far-right activity, said Seth Jones of the Center for Strategic and International Studies. (NBC News)
• How Jared Kushner’s Secret Testing Plan “Went Poof Into Thin Air”: This spring, a team working under the president’s son-in-law produced a plan for an aggressive, coordinated national COVID-19 response that could have brought the pandemic under control. So why did the White House spike it in favor of a shambolic 50-state response?(Vanity Fair)
• How Police Unions Fight Reform: Activists insist that police departments must change. For half a century, New York City’s P.B.A. has successfully resisted such demands. (New Yorker)
• None dare call it treason, but perhaps one day they will: What a tremendous burden it must be for you to still be defending President Trump. You have called yourself a constitutional conservative for decades, but now you sit silently as the president pushes to move this year’s election because he might lose. Even some Republican senators are speaking up. Why aren’t you? (Washington Post)
• Anatomy of a Character Assassination: Trump Goes All-In Against Dr. Fauci: Donald Trump has targeted a new pandemic villain: Dr. Anthony Fauci. Among his transgressions, the nation’s leading infectious disease physician relied on facts and science to contradict Trump’s talking points and criticize his policies. Even worse, he has outperformed Trump in public opinion polls.  (Moyers On Democracy)
• Politics at the point of a gun: Conservative armed groups move into politics as backlash builds against protests, stay-at-home orders (Washington Post)
• Suburbanites Aren’t Big on the Federal Government’s Portland Presence: 47% of suburban voters disapprove of DHS presence in the city, poll shows (Morning Consult)
• How Donald Trump Moved Millions From His Campaign Donors To His Private Business: Millions from his campaign, millions from the RNC, millions from committees. While other billionaires spend big on the election, the Donald is raking it in. (Forbes)
• Re-election Team Frantically Plots New Ways to Make POTUS Feel Good About Himself: From the campaign trail to combating coronavirus, the goal is to please the boss. (Daily Beast) 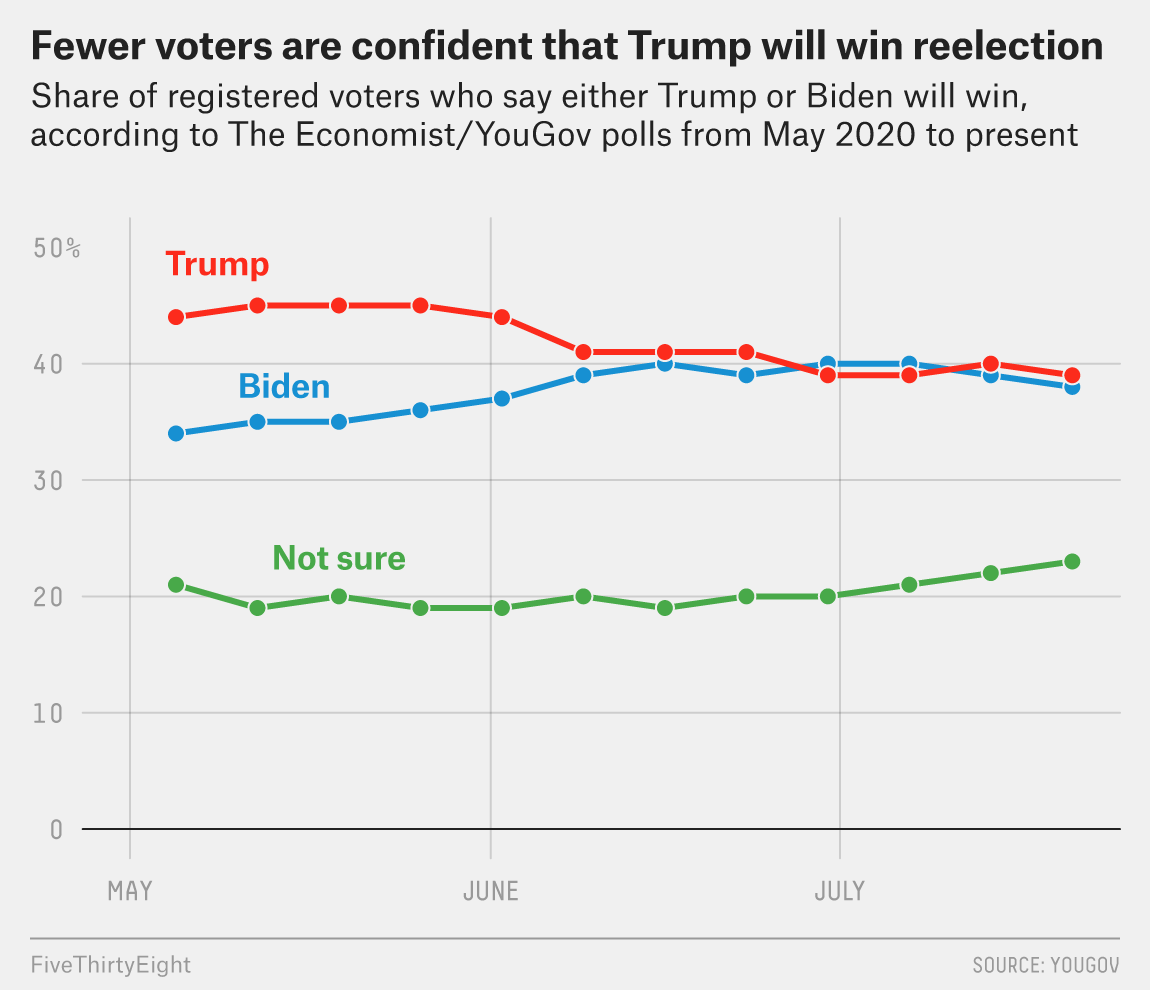