Welcome back to work! Our Tuesday morning WFH reads:

• The Stock Market Barely Faltered in the 1918-20 Pandemic. Is History Repeating Itself? When Covid-19 hit, a lot of bullish investors looked for lessons in the previous outbreak. But the comparisons may be misleading. (Wall Street Journal)
• Presidential Elections Don’t Matter (for Investments) The rank order of the nominal performance for the Dow Jones Industrial Average during the first three years in office for each of the past 10 Presidents. The effect that dominates the list is not party affiliation but instead the president’s timing. (Morningstar)
• Female-managed US funds outperform all-male rivals: All-women and mixed-gender US fund teams outperformed all-male portfolio management teams so far this year, according to a Goldman Sachs analysis that raises fresh questions about the investment industry’s progress in addressing its gender diversity problems. (Financial Times)
• Temporary Layoffs Are Starting to Look Permanent. That’s Bad for the Recovery. The August increase in payrolls was the smallest since the economy started to spring back in May. And there is the reality that 1 in 2 workers displaced by the pandemic remain jobless. (Barron’s) see also The Easy Part Of The Economic Recovery Might Be Over: Getting people back to work will likely be harder and harder in the coming months, because a growing share of unemployed people have lost their jobs permanently. (fivethirtyeight)
• Do Treasuries have anything left to give? The recent fall in cash and bond yields for those developed countries that still had positive yields has left government bonds in a position where they cannot provide two of the basic investment services they have traditionally provided in portfolios – meaningful income and a hedge against an economic disaster. (GMO)
• Tech Workers Are Living the American Dream—in Canada The short-sighted immigration policies of the US administration is driving top talent north of the border: He discovered, to his delight, that Canada issues work permits to highly skilled immigrants in mere weeks, and permanent residency—the equivalent of a green card—in less than six months (Wired) see also How Angela Merkel’s great migrant gamble paid off: Five years ago, as more and more refugees crossed into Europe, Germany’s chancellor proclaimed, ‘We’ll manage this.’ Critics said it was her great mistake – but she has been proved right (The Guardian)
• Amazon’s profits, AWS and advertising: People argue about Amazon a lot, and one of the most common and long-running arguments is about profits. The sales keep going up, and it takes a larger and larger share of US retail every year (7-8% in 2019), but it never seems to make any money. What’s going on? (Benedict Evans)
• Why Do Poor People Stay Poor? Many stay poor not because of their talent/motivation, but because they are in low-paying jobs that they must work to survive. (Of Dollars And Data) see also 52% of young adults in the US are living with their parents. That’s the highest share since the Great Depression: The number of American young adults living with their parents is at or near an all-time high, and the coronavirus pandemic is likely the reason, according to a new analysis. (CNN)
• America in Crisis: A Closer Look at a Deeply Polarized Nation: Mapping how income inequality, partisanship, health disparities, the recession, racism, and climate change are affecting the country. (Businessweek)
• Loving the Alien: How UFO culture took over America: On April 27th, the United States Navy released three videos shot by naval aviators off the coasts of California and Florida in 2004 and 2005. The footage showed unidentified aerial phenomenon — the new hip terms for UFOs — streaking across the radar screens of F/A-18 Super Hornets while Navy pilots hooped and hollered at the mysterious images. (Rolling Stone)

Be sure to check out our Masters in Business interview this weekend with Morgan Housel, former writer for Motley Fool and WSJ, and partner at Collaborative Funds. His new book, The Psychology of Money: Timeless lessons on wealth, greed, and happiness, will be out September 8th.

The myth of dollar debasement 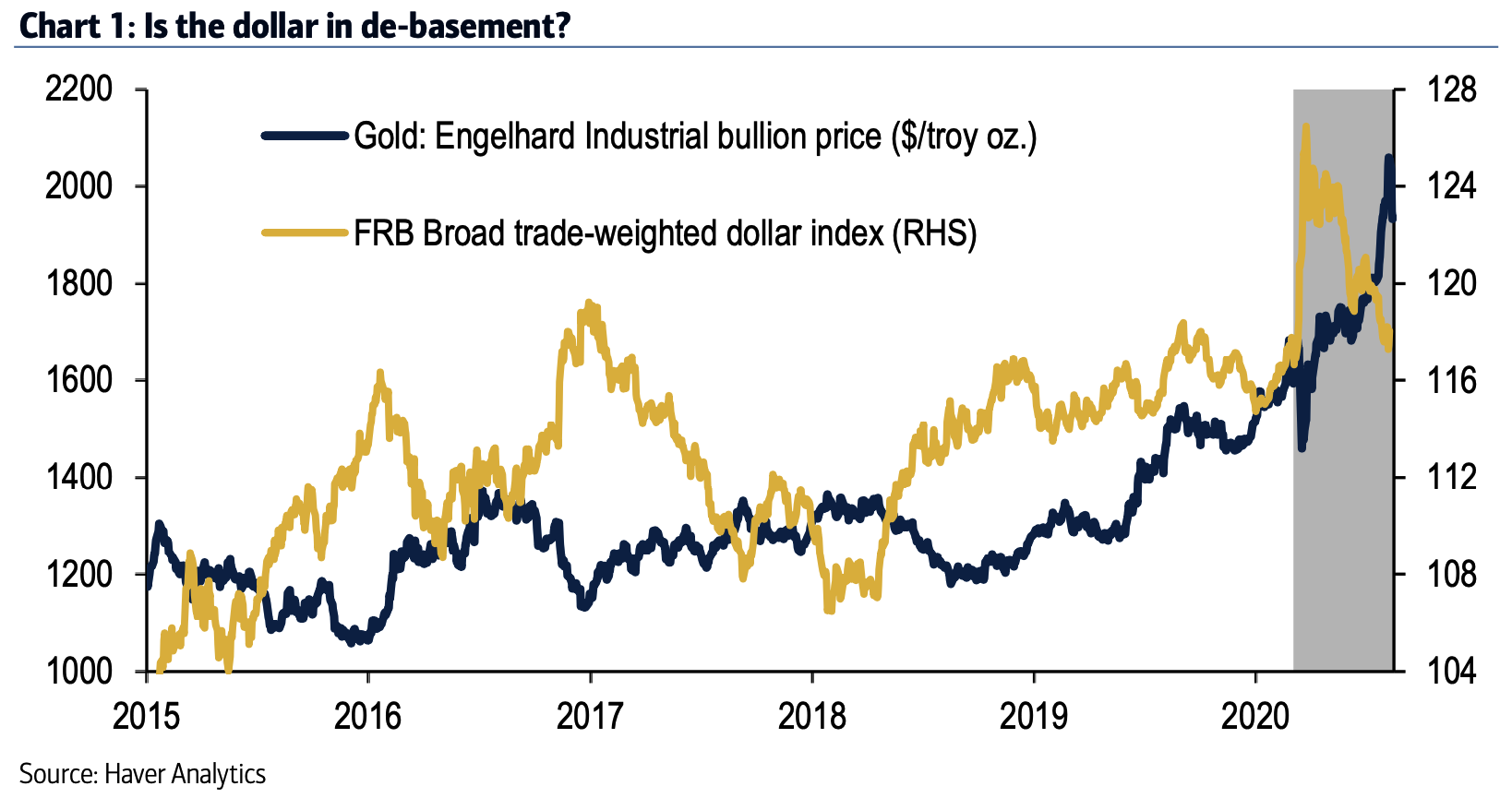 Finding Founders: No Emotions, All Data