The weekend is here! Pour yourself a mug of French Guatemalan Organic Finca Ceylan SHG RFA coffee, grab a seat on the front porch, and get ready for our longer form weekend reads:

• Deep Dive on Uber: Uber’s Total Addressable Market, how exactly Uber makes money, the cost structure of the business, and its potential path to profitability. Finally, the valuation of Uber, and uncomfortable embedded expectation in Uber’s stock price. (MBI Deep Dives)
• Commodity of Doom: Elegies for the cigarette Many nicotine addicts would have it that there is no such thing as an “ex-smoker”: once hooked, the monkey can never be evicted from one’s back, no matter how long since the last dose. (The Baffler)
• Where ESG Ratings Fail: The Case for New Metrics: One agency’s A+ is another’s “laggard” — and neither links to financial performance. Hybrid metrics will change everything, argue Harvard Business School’s Mark Kramer and leaders in the shared-value movement. (Institutional Investor)
• Intimidation, Surveillance and Conspiracy Theories: Inside FT’s 5-year Investigation of Wirecard’s Billion-Dollar Fraud: German banks and regulators waved away evidence of corporate criminality to place me at the heart of a conspiracy theory. At times, it seemed like the world had gone mad. (Financial Times)
• Wikipedia Is the Last Best Place on the Internet: People used to think the crowdsourced encyclopedia represented all that was wrong with the web. Now it’s a beacon of so much that’s right. (Wired)
• How a small group of U.S. lawyers pushed voter fraud fears into the mainstream: GOP claims of voter fraud are “not about facts. It’s about structural changes that make it harder for people to vote – people they don’t want to vote.” (Reuters)
• Give everybody the internet: We need to get the internet to everyone in America. Here’s what it would take to do it. The FCC estimates 21 million Americans don’t have access to broadband; some estimates are double that.  (Vox)
• A Climate Reckoning in Fire-Stricken California: If climate change was a somewhat abstract notion a decade ago, today it is all too real for Californians. The intensely hot wildfires are not only chasing thousands of people from their homes but causing dangerous chemicals to leach into drinking water. Excessive heat warnings and suffocating smoky air have threatened the health of people already struggling during the pandemic (New York Times)
• For the First Time, America May Have an Anti-Racist Majority: The United States has its best opportunity in 150 years to belatedly fulfill its promise as a multiracial democracy. (The Atlantic)
• The NFL’s Most Valuable Teams 2020: How Much Is Your Favorite Team Worth? Values are up 7% for football franchises despite the pandemic. Four teams are now worth at least $4 billion each, up from two last year, as the Giants and the Rams join an exclusive club. (Forbes)

The Biggest Winners — And Losers — In the Asset 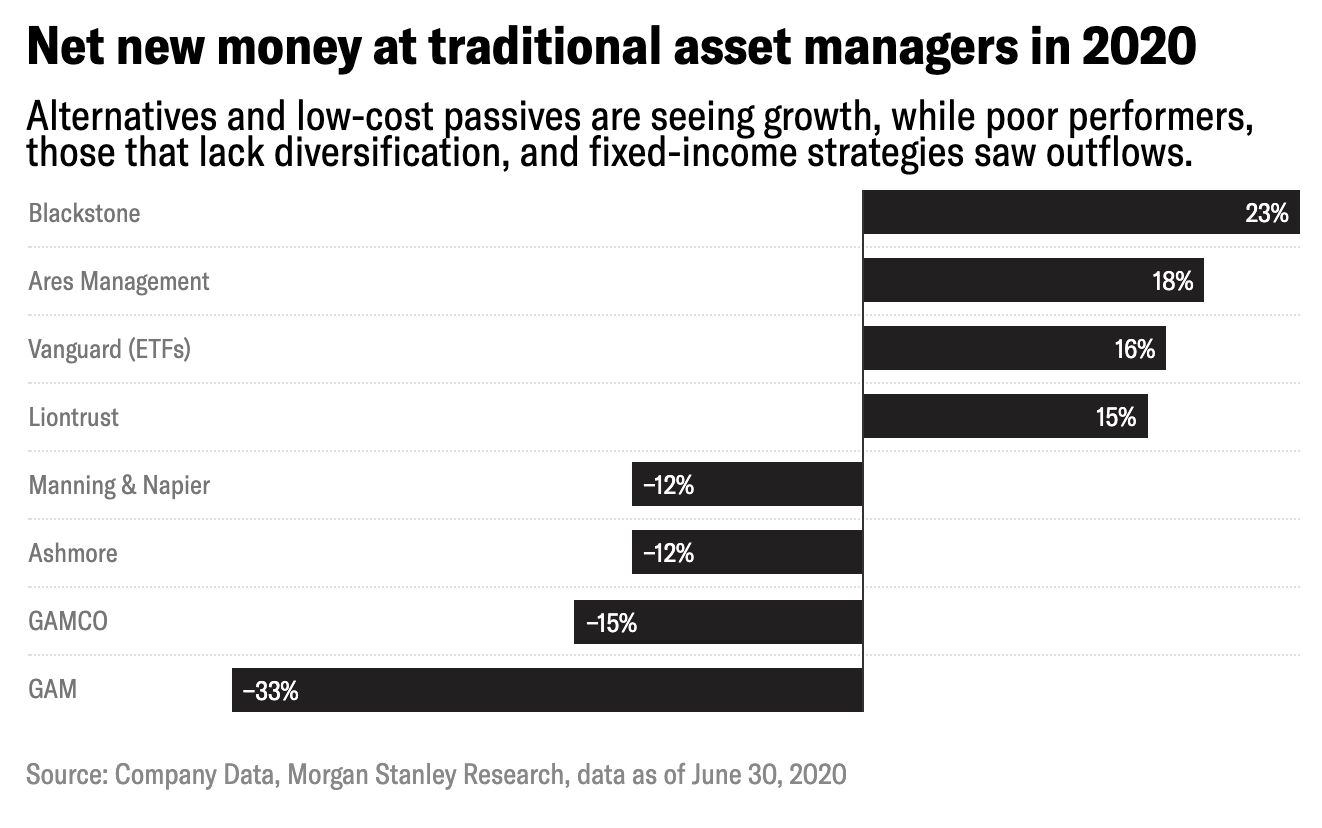