• One Week at the White House Was America’s Pandemic in a Microcosm President Trump’s reckless abandon made a superspreader event all but inevitable, and it jeopardizes more lives just as a second virus surge begins (Businessweek)
• Wait, Wall Street Is Pro-Biden Now? Investors are warming to the possibility of a “blue wave” as Joseph R. Biden Jr. rises in the polls and the chances of a contested election diminish. (New York Times)
• Navigating the Two Worst Months for Stocks Calendar effect: Why September has the worst returns, and October the most volatility and market plummets. (CIO)
• The Cost of Stock Splits are Low Quality Shareholders. Just Ask Warren Buffett. Managers and investors alike should care about which shareholders grace a company’s shareholder list. At companies brimming with transient shareholders, managers bend toward a short-term focus, while those dominated by indexers get shareholder proposals and votes aligning with prevailing social and political fashions (Marketwatch)
• How Cathie Wood Beat Wall Street By Betting Tesla Is Worth More Than $1 Trillion: The newest superstar investor has leveraged a zealous belief in innovation into a $29 billion-in-assets firm and a $250 million net worth. Among her predictions: Elon Musk’s car company is vastly undervalued. (Forbes)
• A Columnist Makes Sense of Wall Street Like None Other (See Footnote) Finance journalism isn’t known for its writerly voices. Matt Levine, the author of Money Stuff, is an oddball exception. (New York Times)
• 3 Ways Tax Loss Harvesting Can Save You Money: Tax loss harvesting is the use of investment losses to offset short-term capital gains, long-term capital gains, and even ordinary income taxes. It is the most optimal thing you can do within the confines of the tax code.  (Of Dollars And Data)
• Obamacare Is in Danger Again and Indie Musicians Are On Edge: If President Donald Trump and many congressional Republicans get their way in the U.S. Supreme Court, thousands of independent musicians and freelance and self-employed music workers are among the 20 million Americans who could lose their health insurance. (Billboard)
• Bringing the chill of the cosmos to a warming planet Scientists are tapping into a law of physics to create cooling systems that work without special fuel or electricity. (Washington Post)
• 12,000 Feet Up, With a Storm Coming In: A climb in the Tetons with Jimmy Chin, Conrad Anker, Savannah Cummins and Manoah Ainuu. (New York Times) 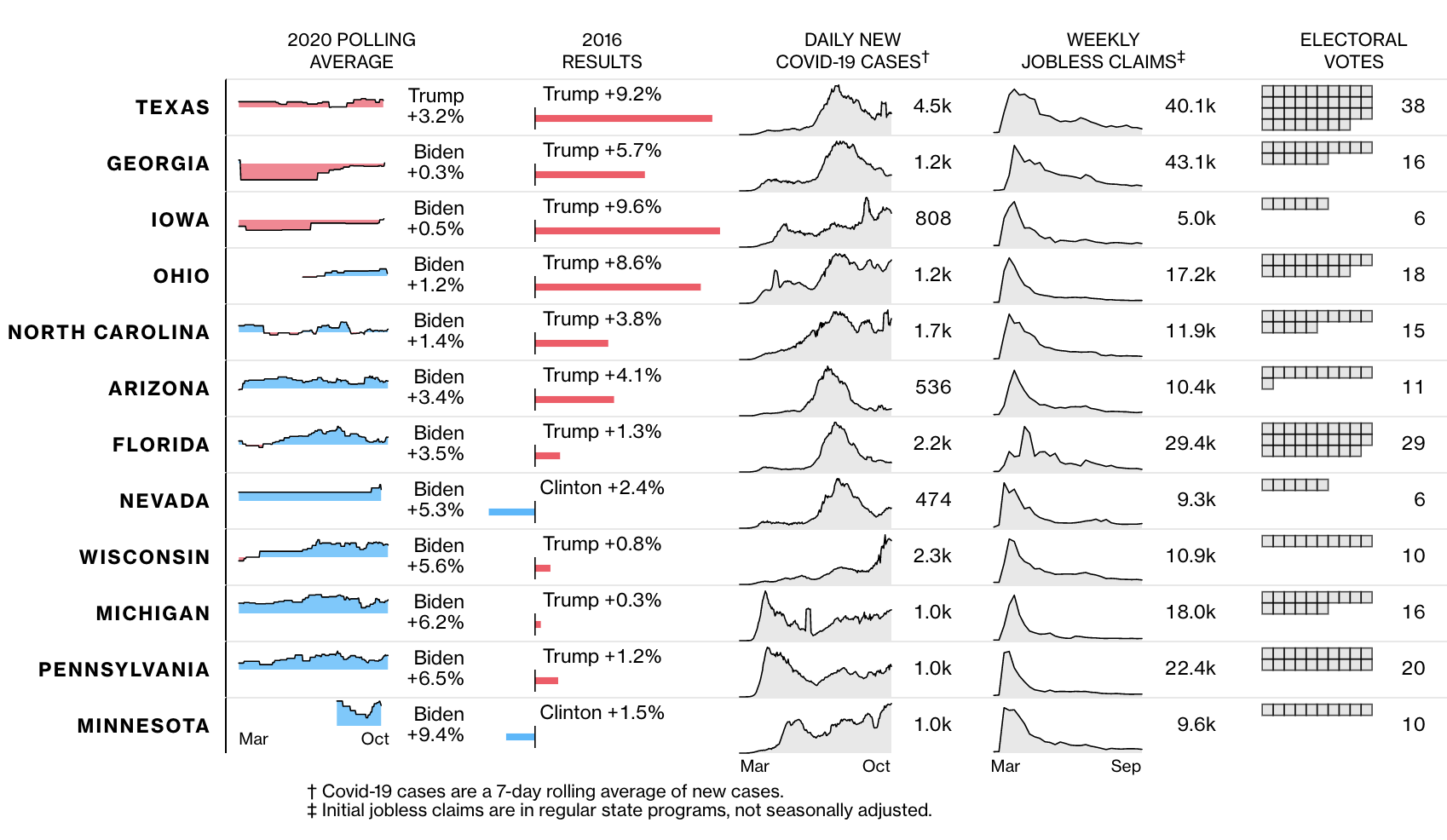 Random Thoughts on the 2020 Election

Understanding the Appeal of Conspiracy Theories