• At some point over the next century, the stock market will lose more than 20% of its value in a single day. Maybe this doesn’t seem like useful advice, but you’re kidding yourself if you think market crashes of such magnitude won’t happen again. (Marketwatch)
• How America gave up on fighting the pandemic and saving the economy The foundation of a healthy economy is a healthy workforce, and right now, America doesn’t have either. (Vox)  See also What Fans of ‘Herd Immunity’ Don’t Tell You A proposal to let people with low risk of infection live without constraint could lead to a million or more preventable deaths. (New York Times)
• Shooting Stars: They were gurus and gunslingers. Market mavens. Stock pickers and sector bettors. Over in the bond market, there was even a king. They were star fund managers—but most were shooting stars, destined to crash. (Humble Dollar)
• The All-America Research Team: The Crisis Responders On everything from the future of airlines to the potential of Covid-19 vaccines, these are the experts investors looked to for answers. (Institutional Investor) see also How Covid-19 May Be Unconsciously Affecting Your Financial Decisions The pandemic has caused a dramatic shift in people’s ambient emotions. Those who are in or near retirement could pay a high price. (Wall Street Journal)
• AirbnBaller: Airbnb has global supply, boasting more than 7 million listings worldwide — more than Marriott International, Hilton Worldwide, InterContinental Hotels Group, Wyndham Hotel Group, and Hyatt Hotels, combined (No Mercy / No Malice)
• 8 Tips To Stay Sane In The Final 15 Days Of The Campaign: We’re in the final stretch of the campaign, with just 15 days to go until the election. Indeed, “the election” is something of a misnomer, since early or mail voting is already underway in most states and around 30 million people have already cast ballots. (FiveThirtyEight)
• Choosing the suburbs over city life during the pandemic: The growing movement of city dwellers moving to suburban or rural locations. (Washington Post) see also Pandemic, New Platforms Prompt Surge in New Therapists: Increased demand for mental health help, advances in telemedicine and the desire for more fulfilling work are driving industry growth (Wall Street Journal)
• The case for a circuit breaker: In the highly polarised debate over lockdowns, Professor Karl Friston is somewhat hard to place. He has modelled the effect of a short lockdown, with surprising results (UnHerd)
• When Gen Z is the source of the misinformation it consumes: With their penchant for social media and memes, young people are interacting with a new and dangerous internet space. (Politico) see also The president, not social media, is largely responsible for disinformation about mail-in voting: A new Harvard study shows that President Trump is the main vector of disinformation about mail-in voting. (Vox)
• How Sean Penn Went to War Against COVID: Nobody asked Sean Penn to set up one of the country’s most impressive coronavirus testing programs. And yet, under the auspices of his nonprofit, CORE, that’s what he did. Now, he is expanding his group’s efforts—and bracing for a possible winter uptick. (GQ)

Why universal testing could help bring the pandemic to an end 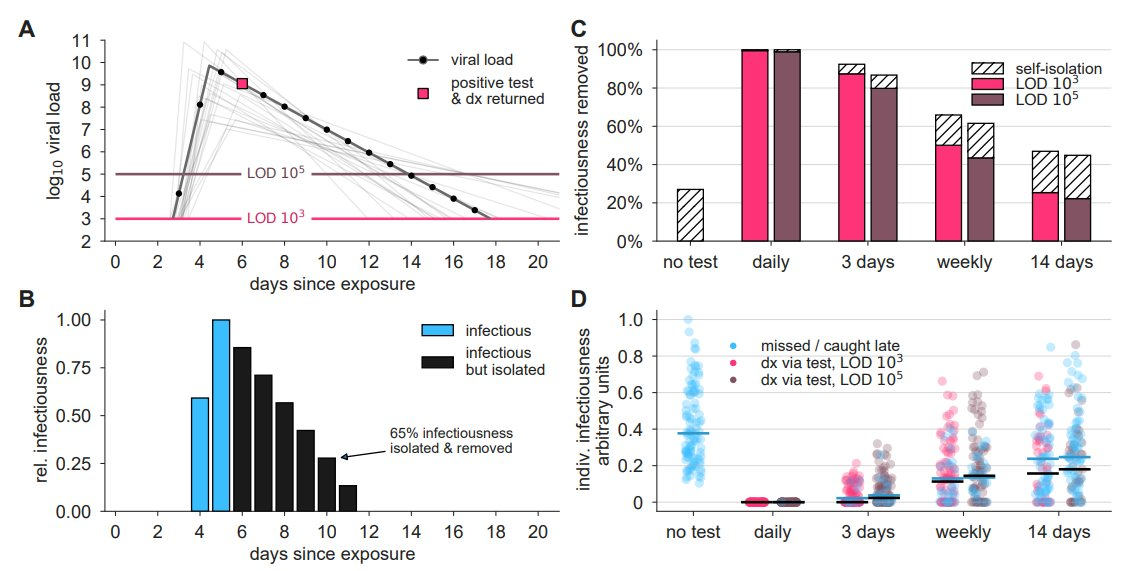 John Oliver on WHO

Masters in Business: The Drinking Game!