“I Just Got Here, but I Know Trouble When I See It” 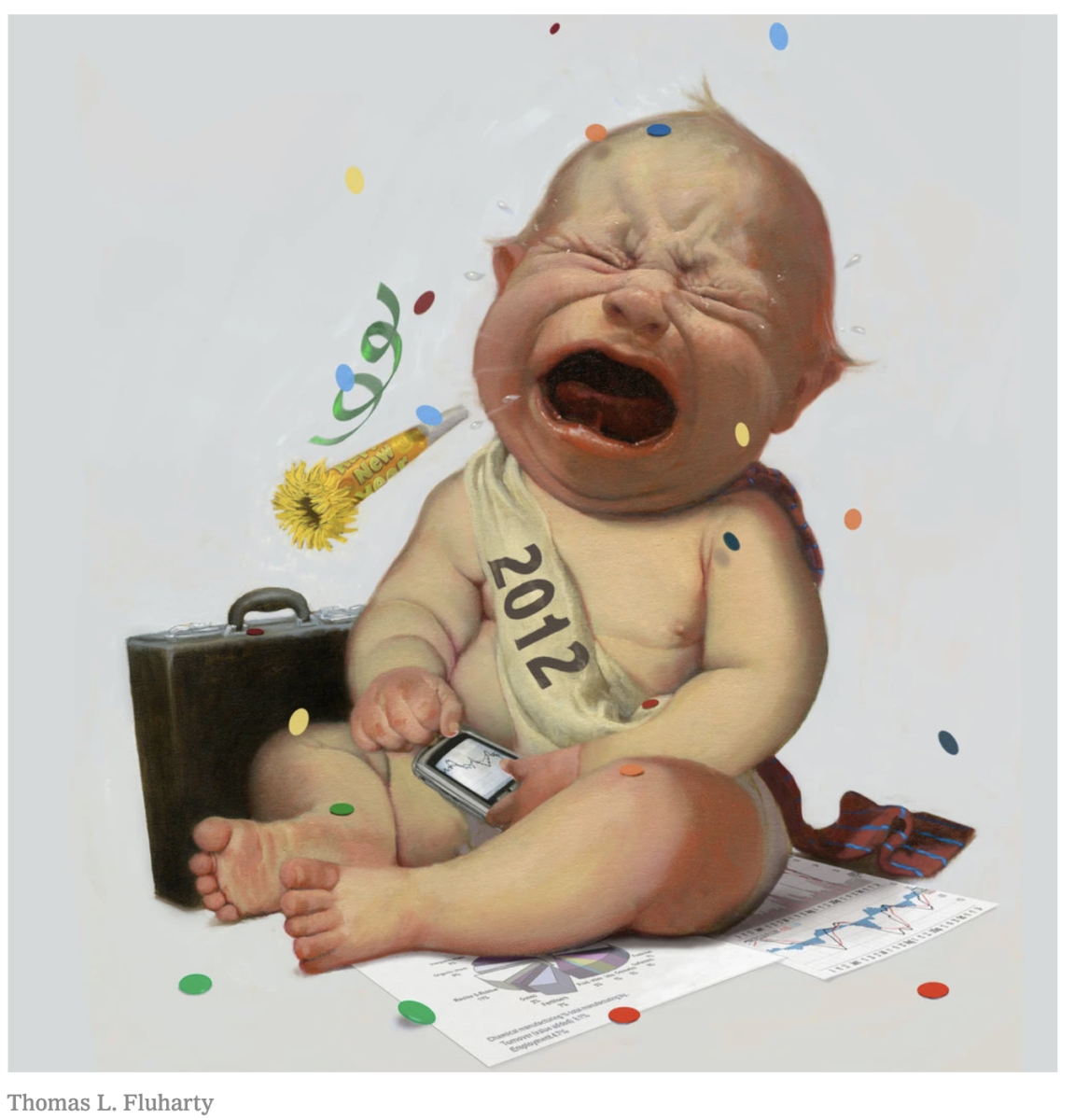 That headline and image is the cover page of the Sunday NYT Business section. It may be the closest thing I have seen to an excessively negative magazine cover indicator in a while.

In general, I am negative about the economy going forward — I think we have a better than even money chance of slipping into a recession; I am nowhere near as sanguine about a housing recovery as many of my peers; Job creation appears to be significantly below what is needed to work off the high levels of Unemployment. In short, a typical post-credit crisis recovery is underway.

Yet cover articles like this one make me want to temper my negativity:

Yet if we go beyond the Beltway and the Battery, to where most of American life is lived, the numbers don’t always add up. Yes, the Great Recession officially ended in 2009. But many millions of Americans are out of work or cannot find full-time jobs. Home prices are wobbly. The foreclosure crisis drags on. And the Occupy movement’s campaign against “the 1 percent” has underscored the ravages of income inequality.

It was, as always, a year of ups and downs in business. Washington said the nation’s AAA rating was safe, but Standard & Poor’s concluded that it wasn’t. Europe insisted that its currency was sound, but investors worry that it isn’t. Wall Street seemed perpetually on edge. After so many wild days, the American stock market ended 2011 about where it began.

On this side of the Atlantic, aftershocks of the financial crisis of 2008-9 are still reverberating, though the worst has passed. Now, how Europe’s economic troubles play out may determine whether job growth here finally picks up enough to make up for all the lost ground — and whether that 401(k) is richer or poorer next Jan. 1.

All told, interesting stuff to contemplate from a contrary perspective . . .

Inspiration: “Where The Wild Things Are”