Of all the people who have something to say about the BLS, none is more unintentionally ironic than former GE CEO Jack Welch.

I have long stated that Jack welch was one of the luckier, more wildly over-compensated CEOs around. He became CEO of General Electric in 1981, just before an 18 year bull market in big cap stocks began. he left in 2001, just as the market implosion was getting rolling.

GE’s revenues grew 385% under his watch, but the company’s market cap grew 4000%. How did that happen? GE increased earnings over the years, and with stunning regularity, managed a quarterly profit beat.

Indeed, it was too regular: After the 2000 crash, we learned of earnings manipulation and accounting shenanigans. The criticism was GE Capital acted as an opaque leveraged hedge fund that always be counted on to help GE beat by a penny. (GE eventually had to settle accounting fraud charges with the SEC).

So if anyone knows a thing or two about cooking the books, its GE’s Jack Welch. Want even more proof? Have a look at this chart of Welch’s earnings versus his successor, Jeff Immelt: 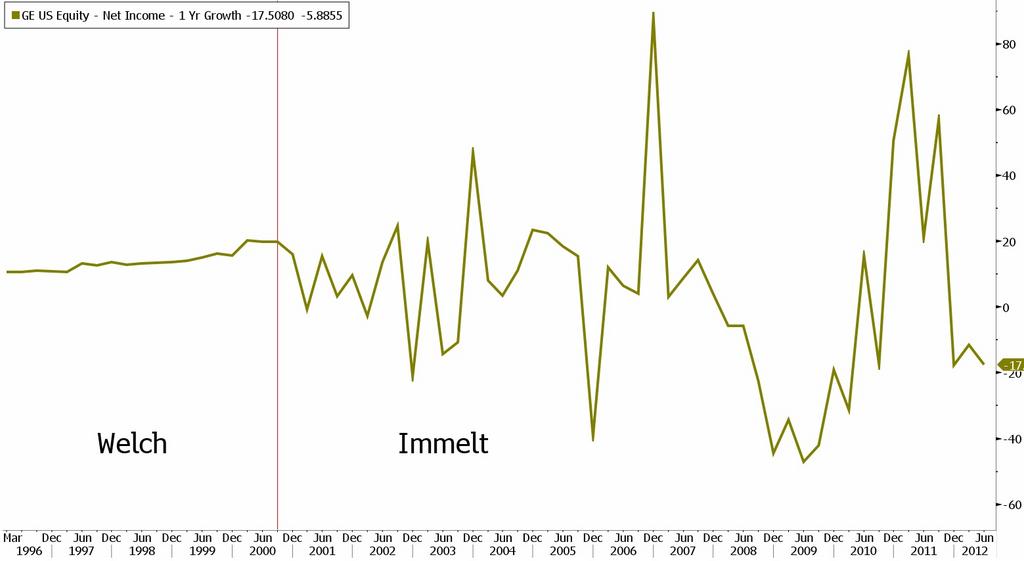 That was a nice smooth line under Jack — the sort of line the folks who prepare China’s GDP data aspire to.