From the Wall Street Journal:

A rough total €6 billion the total penalties levied by regulators against financial institutions in connection with probes into manipulation of the London interbank offered rate, or Libor, and other widely used financial benchmarks. 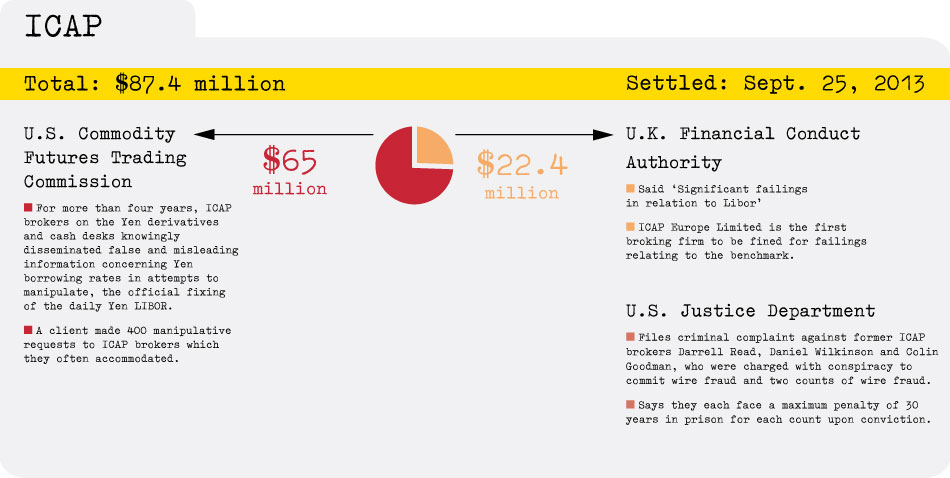