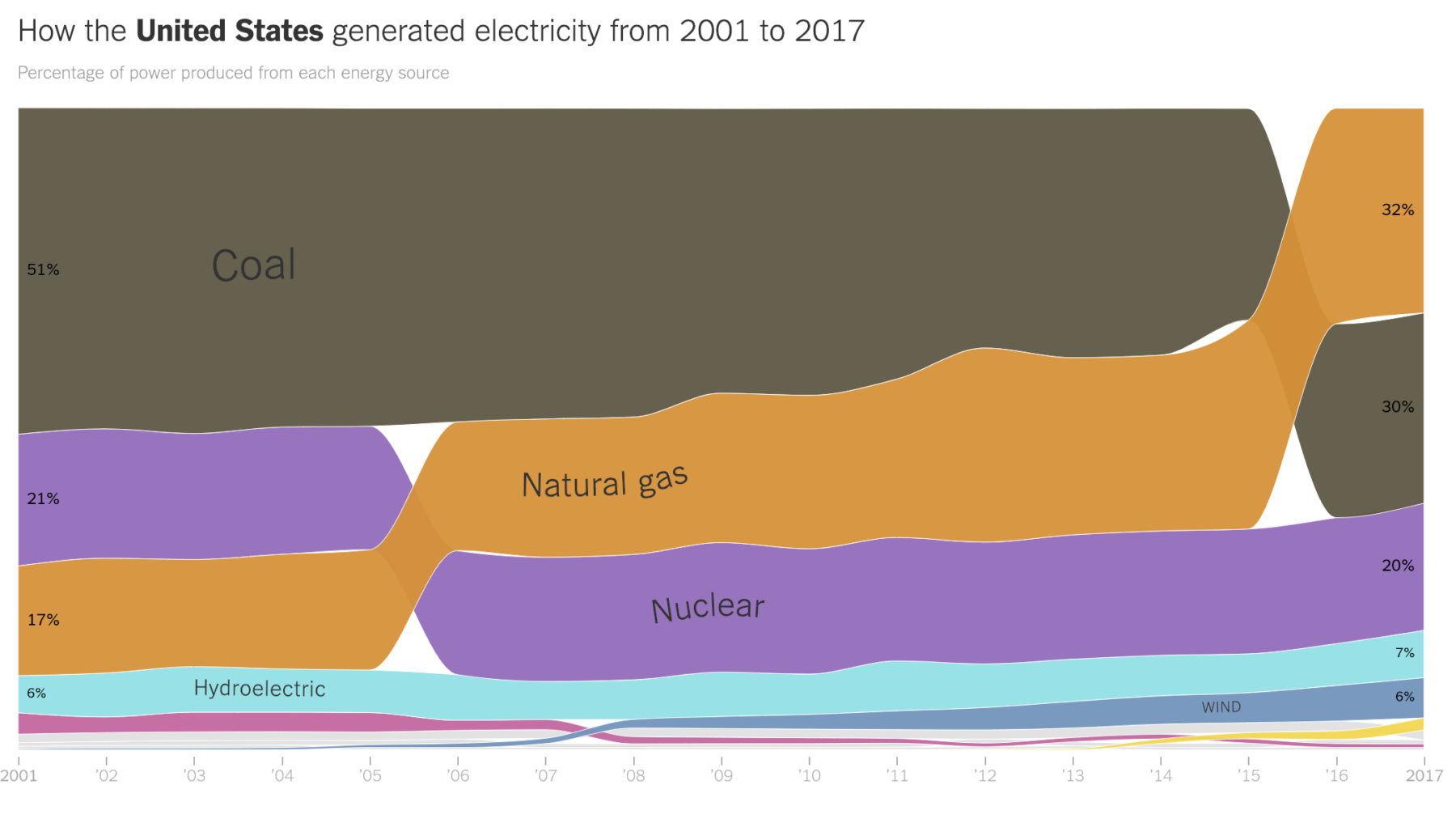 Its hard to argue with the data here:

Coal was the major and majority source of energy for electrical generation for the past 100 years. That changed in 2015, as it fell below 51%.

Blame cheaper cleaner natural gas. Fracking has made this abundant domestic energy source cheaper and much cleaner than coal (though thats not saying much).

While fossil fuels still dominate electricity generation in the United States, the shift from coal to natural gas, wind and solar is lowering carbon dioxide emissions.

At the link, you can see how your state is doing . . . or check out my Tweetstorm on the highlights.