• Gwyneth Paltrow Wants to Convert You (Wall Street Journal)
• Michael Bloomberg Earned $48 Billion and Eternal Adoration From Wall Street. But Does Anyone Else Want Him to Be President? (Institutional Investor)
• The hypocrisy of Trump’s jobs claims, in one chart (Vox) see also How The Trump Moscow Talks Unfolded While Trump Heaped Praise On Putin (Buzzfeed)
• How Amazon’s Booming NYC Neighborhood Got Tax Perks Meant for the Poor (Bloomberg)
• Facebook Remade the Internet in Its Hideous Image (New Republic)
• A new use for the spare room Home-share programs match two generations facing loneliness and high housing costs (Curbed)
• Fake-porn videos are being weaponized to harass and humiliate women: ‘Everybody is a potential target’ (Washington Post)
• Headspace vs. Calm: The Meditation Battle That’s Anything but Zen A pair of apps preach relaxation to millions of customers—but still badly want to beat each other (Wall Street Journal)
• The parking lot suicides: Veterans are taking their own lives on VA hospital campuses, a desperate form of protest against a system that they feel hasn’t helped them. (Washington Post)
• For Innovation at the Grammys, Look at the Best Music Video Category (New York Times)

Be sure to check out our Masters in Business interview this weekend with fashion industry legend Fern Mallis, who created the modern New York Fashion Week and helmed the influential Council of Fashion Designers of America (CFDA). She hosts a series of interviews with high-profile designers collected in the book “Fashion Lives: Fashion Icons With Fern Mallis.”

How The U.S. Fueled The Saudi War In Yemen 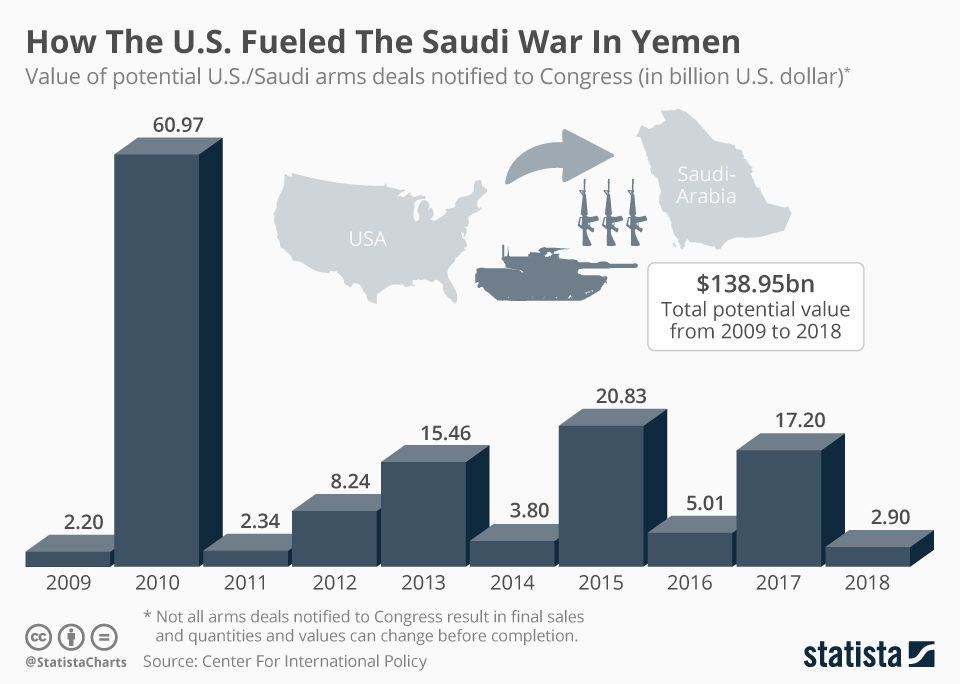