The world is literally a greener place than it was 20 years ago, and the data from NASA satellites has revealed a counterintuitive source for much of this new foliage: China and India.

This surprising new study shows that the two emerging countries with the world’s biggest populations are leading the improvement in greening on land. The effect stems mainly from ambitious tree planting programs in China and intensive agriculture in both countries. In 2017 alone, India broke its own world record for the most trees planted after volunteers gathered to plant 66 million saplings in just 12 hours. 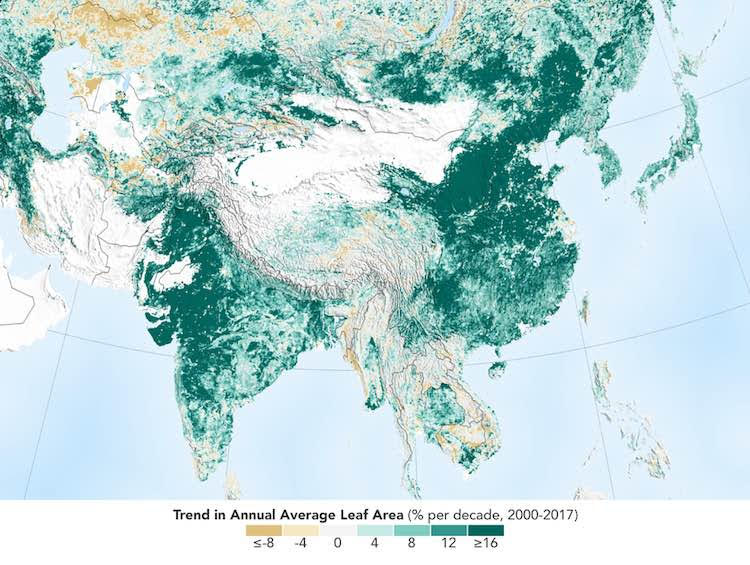