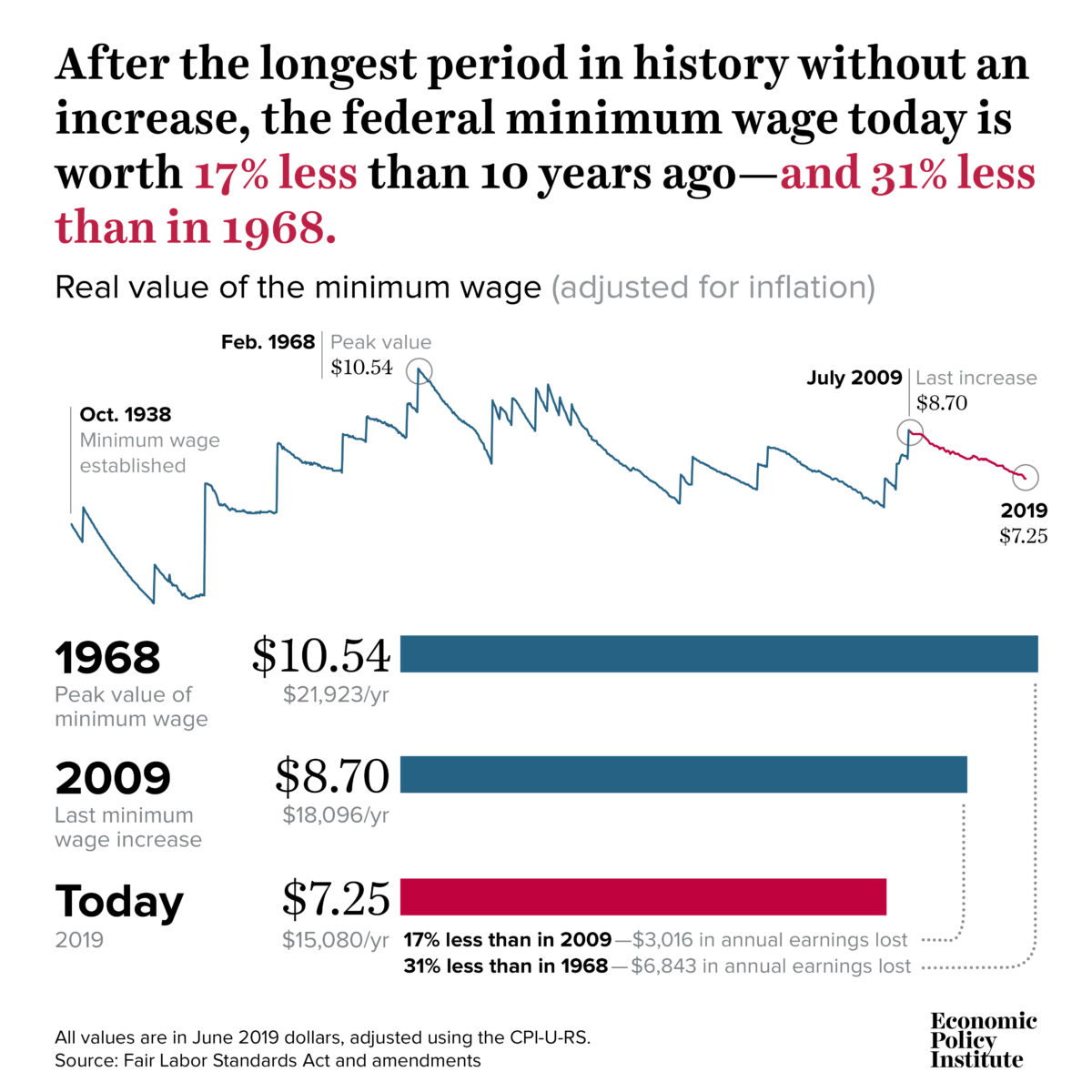 We are now deep into record territory:

On June 16th, we passed the previous mark for the longest period in history without an increase in the federal minimum wage.

The last time Congress passed an increase was in May 2007, when it legislated that the minimum wage be raised to $7.25 per hour on July 24, 2009. Since the minimum wage was first established in 1938, Congress has never let it go unchanged for so long.

Since the real inflation adjusted peak in February 1968, the federal minimum wage has lost 31 percent in purchasing power—meaning that full-time, year-round minimum wage workers today have annual earnings worth $6,800 less than what their counterparts earned five decades ago.