The weekend is here! Pour yourself a mug of Danish blend coffee, grab a seat o a pool float, and get ready for our longer form weekend reads:

• The month a shadow fell on Trump’s economy: A chaotic, contradictory response to a slowdown (Washington Post)
• The machine always wins: what drives our addiction to social media (Guardian)
• The Financialization of the American Elite (American Affairs Journal)
• Battle of the Bubbles: LaCroix Won the Bubble Battle, But It’s Losing the Sparkling Water War (Bloomberg Businessweek)
• The quantum revolution is coming, and Chinese scientists are at the forefront (Washington Post)
• The Collapse Of A Hospital Empire — And Towns Left In The Wreckage (Kaiser Health News)
• Is Big Soda winning the soft drink wars? (Politico) see also The Barbaric History of Sugar in America: The sugar that saturates the American diet has a barbaric history as the ‘white gold’ that fueled slavery. (New York Times)
• Inside the search for Amelia Earhart’s airplane: Many attempts have been made to discover the famed aviator’s fate, but never with the technological tools at Robert Ballard’s disposal. (National Geographic)
• The California coast is disappearing under the rising sea. Our choices are grim (Los Angeles Times)
• Welcome to Cleveland, where the Browns are true contenders (Sports Illustrated)

Be sure to check out our Masters in Business interview this weekend with Ron Williams, former CEO of health insurance giant Aetna and author of Learning to Lead: The Journey to Leading Yourself, Leading Others, and Leading an Organization.

Economic Anxiety Among Voters Is a Sign of Vulnerability for Trump 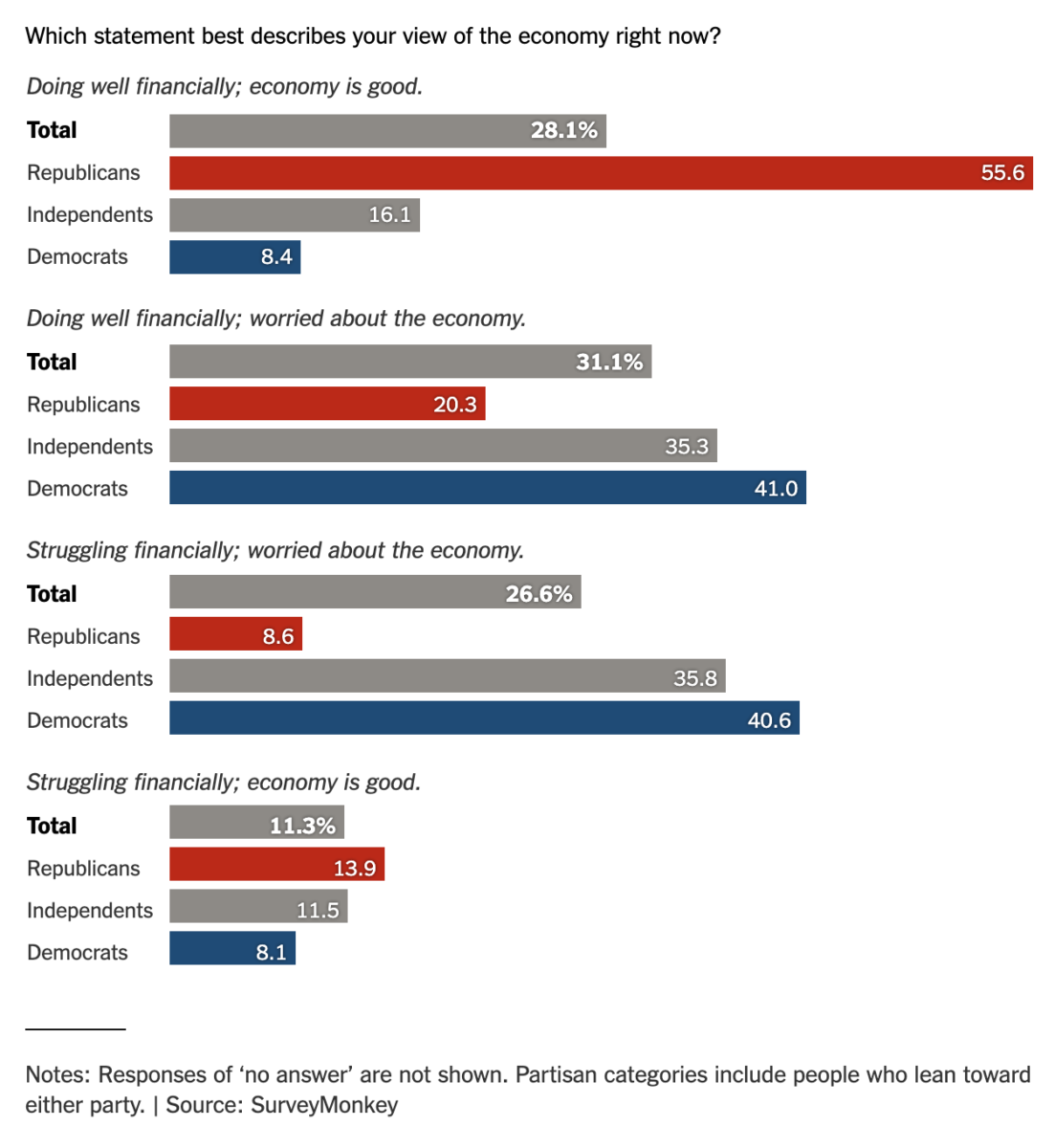