If its Sunday, its our more policy oriented reads:

• Mass shootings keep happening: Inside a Deadly American Summer. (New York Times)
• No One Wants to Hire the Fired Wells Fargo Branch Staffers (Wall Street Journal)
• Innovation and National Security: Keeping Our Edge (Medium) see also After 6 Years in Exile, Edward Snowden Explains Himself (Wired)
• Will there ever be a cure for chronic pain? It can feel like torture, destroy your life and cause you to doubt your own sanity. (1843)
• You Don’t Want Facebook Involved With Your Health Care: Big tech companies want to sell data about you to your doctors. (Slate)
• The Quiet Disappearance of Birds in North America: Though the continent has lost 3 billion birds since 1970, those losses are hard to glean because it’s the commonest species that have been hit hardest. (The Atlantic)
• George Conway and Neal K. Katyal: Trump has done plenty to warrant impeachment. But the Ukraine allegations are over the top. (Washington Post)
• Apple iPhone 11 Pro and Pro Max review: Better, but not groundbreaking (Engadget)
• The Electoral College means Republicans have a 65% chance of winning if the popular vote is close. (Bloomberg) but see American Migration Patterns Should Terrify the GOP (The Atlantic)
• Summertime: George Gershwin’s Life in Music by Richard Crawford (Washington Post) 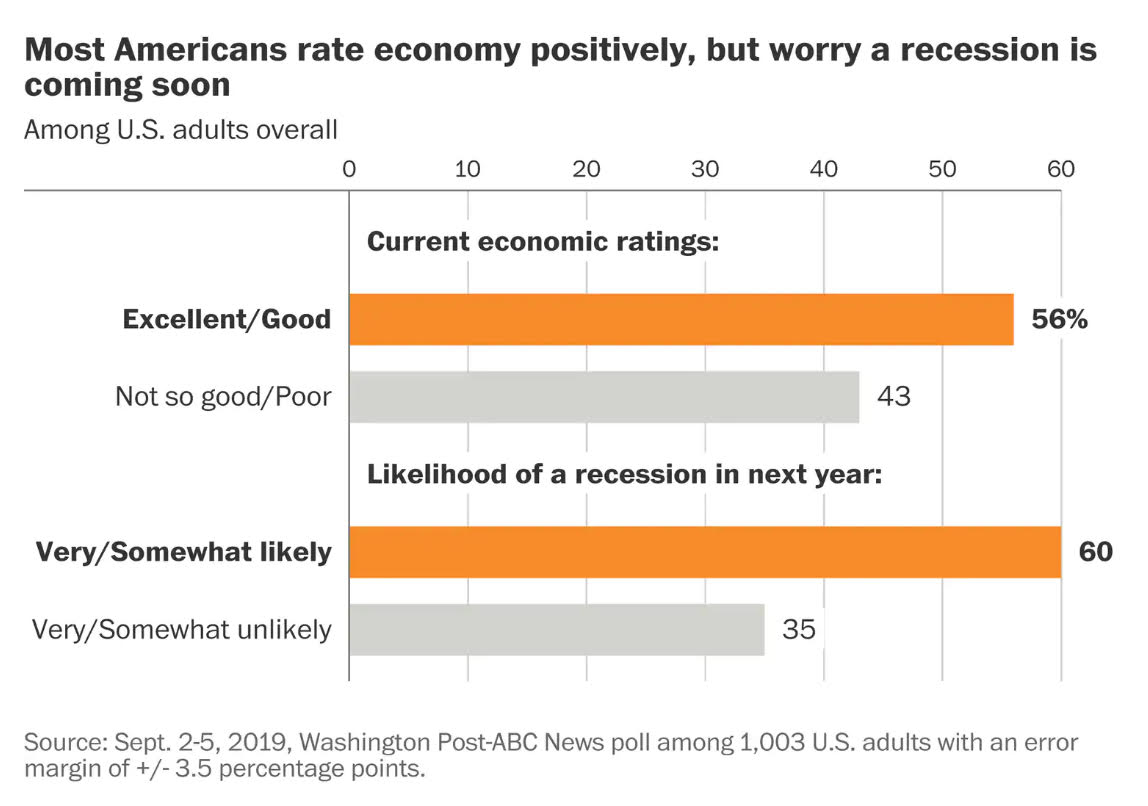 Get ready for the new reality