Be sure to check out our Masters in Business interview this weekend with Secretary of Defense Ash Carter, 5-time recipient of the DOD Distinguished Public Service Medal. Carter is author of 11 books, most recently, Inside the Five-Sided Box: Lessons from a Lifetime of Leadership in the Pentagon.

Where Retirement Savings Are 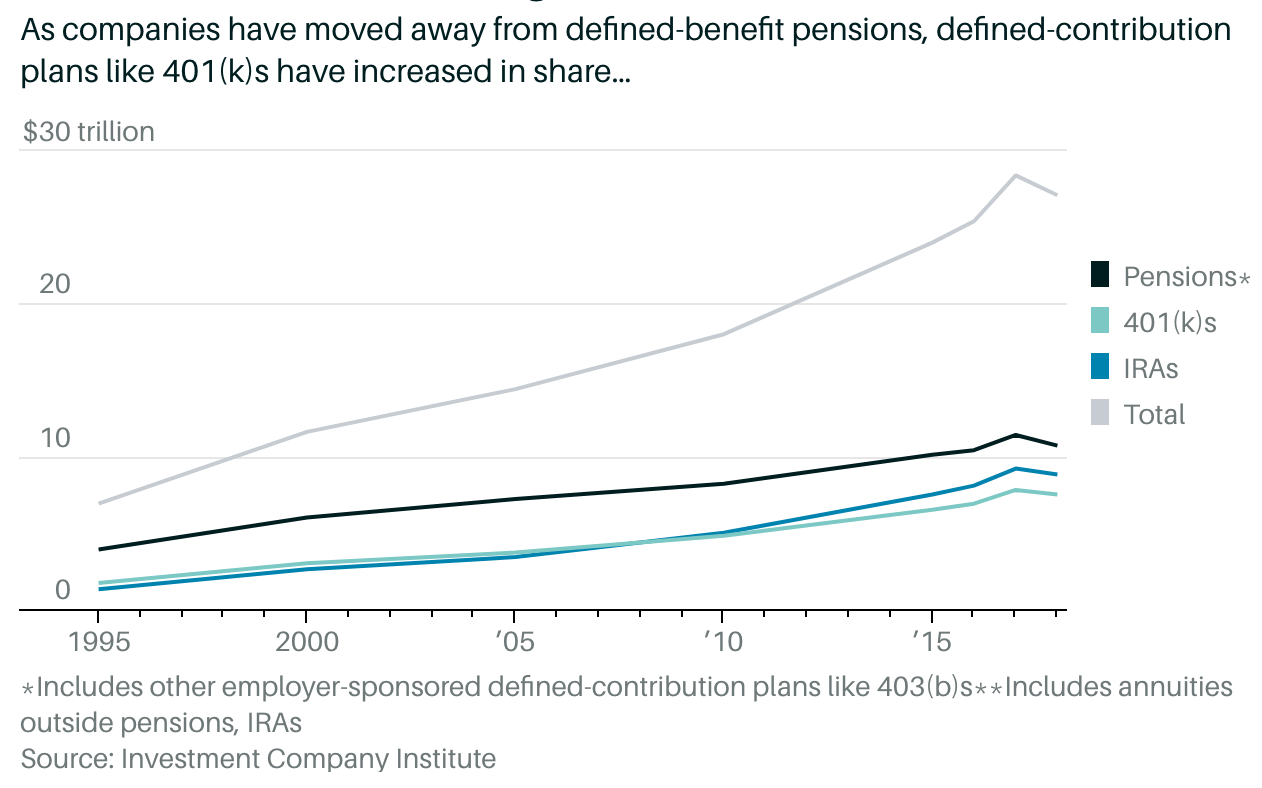 MIB: Wrestling the Pentagon Under Control