• The Political Genius of John Roberts: The chief justice stood up to Trump, placated Democrats, and scored indisputable points for judicial supremacy. (Slate)
• Beware When Wall Street stock analysts scream ‘buy’ (the smart money is already way ahead of them): Most brokerage analysts tend to play it safe rather than risk their reputations and jobs (Marketwatch)
• Don’t Fall in Love with your Stocks: One way to minimize regret is to sell portions of your stock on a predetermined schedule. Don’t forget, you can hold on to some of the shares forever if you want (The Belle Curve)
• The leveraging of America: how companies became addicted to debt: Hertz’s demise has drawn attention to the relentless build-up in corporate debt in the US, where companies now owe a record $10tn (Financial Times)
• This Is What It Looks Like When a Texas Oil Boom Busts: A year ago, the Permian Basin region was one of America’s hottest labor markets, fueled by a fracking gold rush. Today, the oil field has all but shut down, and everyone is feeling the pain, from restaurant owners to landlords to barbers. (Wall Street Journal)
• The Boat Business Is Booming: Boats haven’t quite achieved sold-out pandemic panic-buy status, but they’re in increasingly short supply as families look for a way to vacation in as close to home as possible. (New York Times)
• Elon Musk just surged past Warren Buffett on the list of the world’s richest people: Musk is now the world’s 7th-richest person, also ahead of tech titans Larry Ellison and Sergey Brin. The 49-year-old owns about a fifth of Tesla’s outstanding stock, which comprises the bulk of his $70.5 billion fortune. His majority ownership of Space-X accounts for about $15 billion (Fortune)
• A top terrorism fighter’s dire warning: Russell Travers detailed his concerns to the intelligence community’s watchdog. Days later he was fired. (Politico)
• Robert Mueller: Roger Stone remains a convicted felon, and rightly so: A jury later determined he lied repeatedly to members of Congress. He lied about the identity of his intermediary to WikiLeaks. He lied about the existence of written communications with his intermediary (Washington Post)
• Storm King Reopens for the Art-Starved: The pastoral sculpture park in New York’s Hudson Valley opens its gates, with new works by Mark di Suvero, Kiki Smith and Martha Tuttle — and new precautions. (New York Times)

Tech prospers in the pandemic 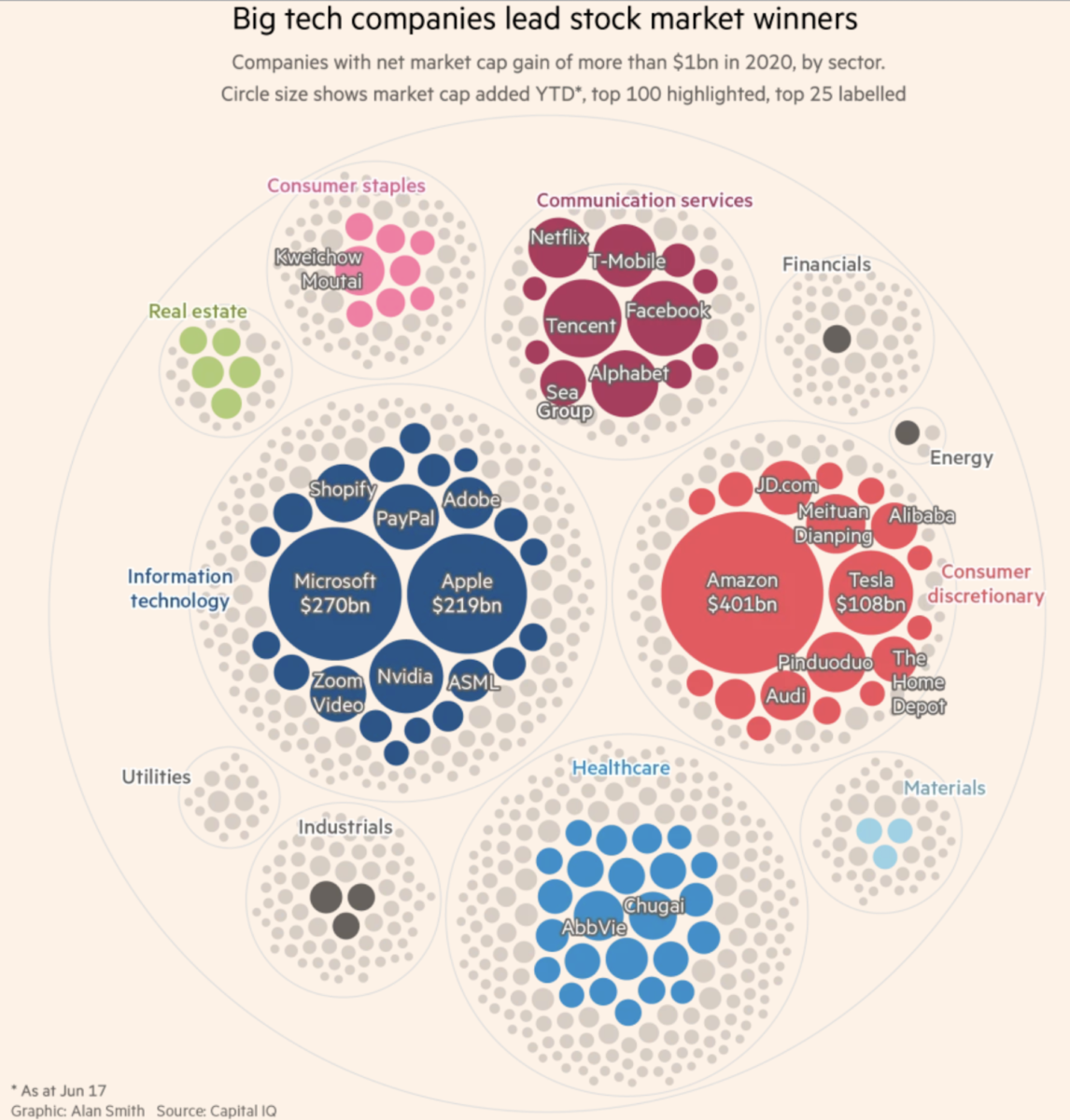 How Big Tech Makes Their Billions