• Hedge Fund Fees in Free Fall Is the New Reality For a Humbled Industry: Hedge-fund fees had already been shrinking before the pandemic ripped through global markets. Now, they’re in terminal decline.(Bloomberg)
• A Region with Outsized Punch America’s Midwest matters out of proportion to its size, says Adam Roberts (Economist)
• The Work-From-Home Shift Shocked Companies—Now They’re Learning Its Lessons: Tens of millions of Americans are working from home and many will never go back; employers scramble to figure out what tools they’ll need to stay productive. (Wall Street Journal)
• Top 100 Most Influential Economists in the World (2020) From Paul Krugman to Steve Hanke, these are the most influential economists online. (Richtopia)
• For Aspiring Performers, The NBA Is The Best Place To Be A Mascot: What once was a part-time afterthought has evolved into a full-time focal point. The former auxiliaries are now fully fleshed-out charact1er brands and the marketing cornerstones of billion-dollar franchises. (FiveThirtyEight)
• A Golden Rule From a Golden Fool: The yellow metal has been white hot this year. But those who rush to buy it could still end up in the red. (Wall Street Journal)
• Covid Conspiracy theories impacted by Educational attainment, Partisan affiliation, Conservatism, Race and Age: A look at the Americans who believe there is some truth to the conspiracy theory that COVID-19 was planned  (Pew)
• What Is an Individual? Biology Seeks Clues in Information Theory. To recognize strange extraterrestrial life and solve biological mysteries on this planet, scientists are searching for an objective definition for life’s basic units. (Quanta)
• Coronavirus ravaged Florida, as Ron DeSantis sidelined scientists and followed Trump: As the virus spread out of control in Florida, decision-making became increasingly shaped by politics and divorced from scientific evidence (Washington Post)
• Why the ‘Super Weird’ Moons of Mars Fascinate Scientists: What’s the big deal about little Phobos and tinier Deimos? (New York Times)

Where the Virus Is Sending People to Hospitals 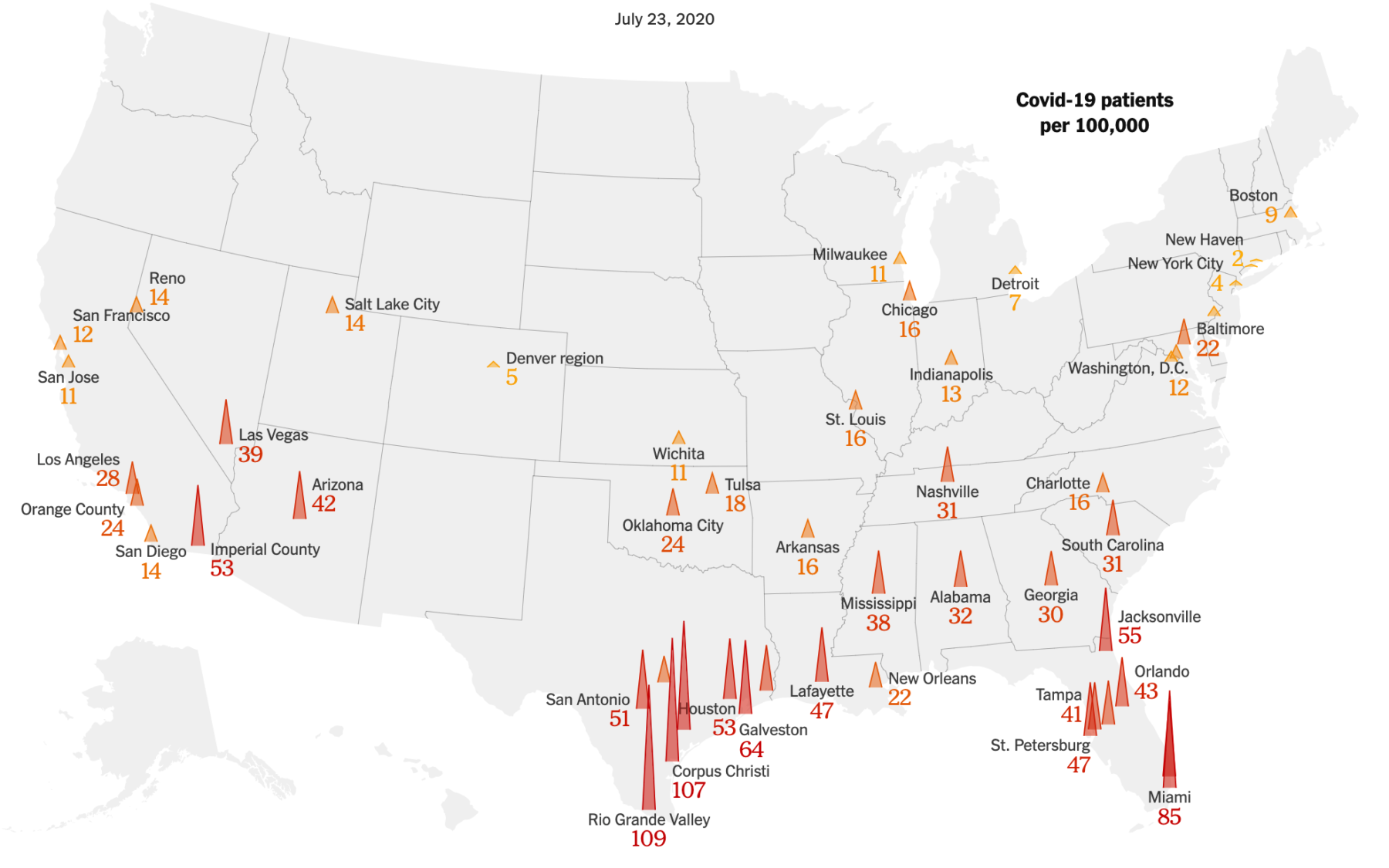 Should index funds be illegal?

MiB: What to do about Deutsche Bank