• As Virus Spread, Reports of Trump Administration’s Private Briefings Fueled Sell-Off A hedge fund consultant’s summary of private presentations by White House economic advisers fanned investor worries. (NYT) see also Chanos on private White House hedge fund briefings early 2020: ‘Torches and pitchforks are undervalued.’ Famed short seller Jim Chanos of Kynikos Associates is part of the 1% but even he is miffed about a report that alleges White House provided a different, more dire set of briefings for a select number of hedge funds about the coronavirus, versus what was said publicly. (Marketwatch)
• How To Prepare Your Adult Children For Their Inheritance: How rich do you want your kids to be after you die? Being in a situation to seriously ponder that question means you’re among the wealthiest people to ever walk the face of the Earth. (Gateway Wealth Management)
• Covid and a Crowd of Startups Are Forever Changing How Americans Buy Cars: Carvana and other e-commerce platforms are still swamped with traffic, eight months after the first wave of pandemic lockdowns. (Bloomberg)
• The “game theory” in the Qanon conspiracy theory: Qanon, the online conspiracy that claims Trump is saving the world from corrupt pedophiles, is actually a LARP (i.e. a live-action role-playing game (Financial Times)
•  Inside the Fall of the CDC How the world’s greatest public health organization was brought to its knees by a virus, the president and the capitulation of its own leaders, causing damage that could last much longer than the coronavirus. (ProPublica)
• Tale of Two Economies: Housing-Related Boom vs Pandemic-Challenged-Services Bust Housing-related spending has been especially strong, as consumers have decided it’s time to remodel their cabins if they are going to spend more time working, learning, and entertaining at home (Dr. Ed’s Blog) see also There’s a Silver Lining for Returning Office Workers To lure employees back, companies will be able to offer more space in premium places (Bloomberg)
• What the Pandemic Has Taught Us About Science The scientific method remains the best way to solve many problems, but bias, overconfidence and politics can sometimes lead scientists astray (Wall Street Journal)
• The Watchmaking Wizard Who Doesn’t Like Watches “I love the mechanics,” Eric Coudray said, “but the watch itself as an object, it doesn’t really touch me.” (New York Times)
• Which states had the best pandemic response? Amid the chaos, experts say a few states stand out in their approaches to public health, mass unemployment and school reopening. (Politico)
• Rolling Stone’s Canon Fodder Rolling Stone released a new version of its list of the 500 Greatest Albums of All Time, but the streaming era, with its explosion of records and musical subgenres, might spell the end of a pop canon. (Wall Street Journal)

On Facebook, Misinformation Is More Popular Now Than in 2016 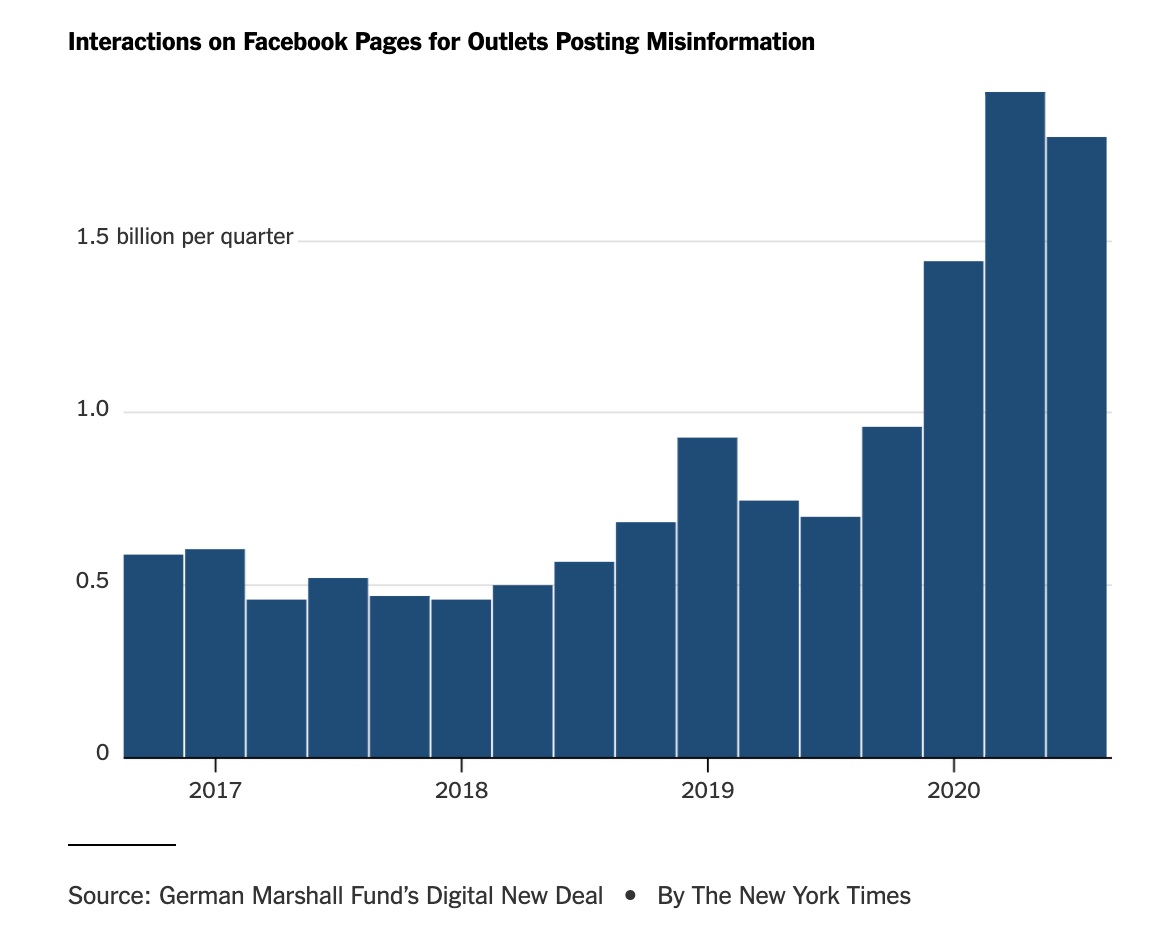