• Blockchain, the amazing solution for almost nothing Blockchain technology is going to change everything: the shipping industry, the financial system, government … in fact, what won’t it change? But enthusiasm for it mainly stems from a lack of knowledge and understanding. The blockchain is a solution in search of a problem. (The Correspondent)
• As the New Face of Hummer EV, LeBron James Is Quietly Trolling His Critics James is rewriting his first major controversy 17 years later(Inside Hook) see also GMC Hummer: The world’s first zero emissions, zero limits all-electric supertruck (GMC)
• Investors Need to Become More Comfortable With Volatility in Their Portfolios The stock market has been all over the map this year. And while 2020 is an outlier in terms of the wild ups and downs, volatility is something every investor is going to have to get used to in the coming years. (A Wealth of Common Sense)
• WeWork Didn’t Blow Up Without Help SoftBank’s reckless $10 billion bet on what became the city’s biggest landlord won’t be the last of its kind. (Curbed)
• The iPhone 12 and iPhone 12 Pro What’s worth noticing and knowing about these iPhones vis-à-vis the market today? What remains the same? What’s different? What stands out? What (Daring Fireball)
• Financial Firms Gear Up for Biden and an Emboldened Consumer Watchdog Biden team envisions Consumer Financial Protection Bureau issuing harsher penalties; companies are pushing to resolve pending cases (Wall Street Journal)
• How a Fake Rent-a-Hitman Site Became an Accidental Murder-for-Hire Sting Operation: You’d think no one would be stupid enough to book a murderer-for-hire on a website called RentAHitman.com. Bob Innes is here to tell you people are a lot dumber than you realize (Rolling Stone)
• Why Social Media Is So Good at Polarizing Us Mathematicians are teaming up with political scientists to create models of how social media divides us, and results suggest at least one popular solution might actually make the problem worse (Wall Street Journal)
• What A Summer Of COVID-19 Taught Scientists About Indoor vs. Outdoor Transmission: How do we calculate our own personal risk, while also avoiding … shall we say, bad examples? Just what are we in for this winter, anyway? (FiveThirtyEight)
• How Mookie Betts found his voice as the leader of a World Series team: The spotlight is always his, even though he has never asked for it. He’s often shied away from it. But his performance on the baseball field over the last five years has been far too loud. There’s no way he can go into hiding now. He might as well get comfortable. (The Athletic) 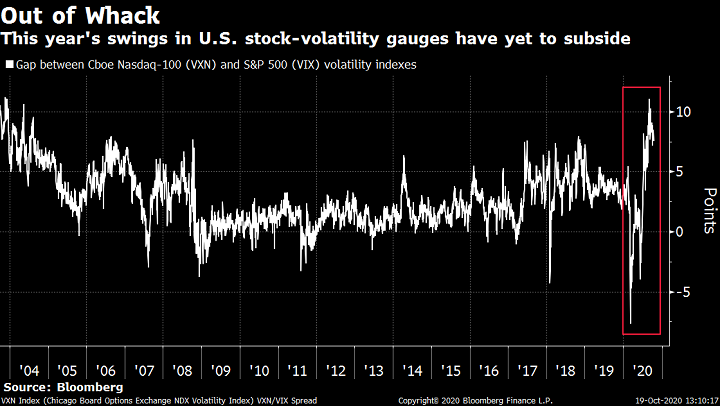