• Beware the Boredom of Bull Market Talking to an investor friend recently, who confessed of boredom because he was not able to find stocks worth buying in this rising market. “Even if you are a long-term investor, what do you do but feel bored when you don’t find anything worth buying because everything seems to be so inflated?” (Safal Niveshak)
• Forecasting Follies: Confident 2020 predictions gone wrong…as ever In science, success is measured by predictive power. A valid scientific theory can be applied to predict real phenomena. I will apply that test to market predictions this week in my annual look at forecasting follies. Spoiler Alert: They aren’t very scientific. (Better Letter)
• Diversification Matters—but It’s Getting Harder to Find The broad indexes, so often touted as diversified, really aren’t—not anymore. That’s because the market itself isn’t truly diversified. That sets investors up with a conundrum: What does it mean to own a diversified portfolio if the S&P 500 itself is at its most concentrated in decades? And the bigger question: Is diversification still important? (Barron’s)
• What Is the Brobdingnagian Base? The phrase, a nod to ‘Gulliver’s Travels,’ describes a stock-price pattern that some analysts believe is particularly bullish  (Wall Street Journal)
• Requiem for the Super Commuter: The pandemic-driven rise of remote work in 2020 emptied commuter trains in major cities and all but killed off the long-haul trip to the office. Is that a good thing? (Bloomberg)
• Fox News wants its viewers angry enough to watch but not angry enough to riot Guess what happens when you tell people, over and over, that they’re being robbed? They may believe you.(Vox)
• The Art of the Lie? The Bigger the Better Lying as a political tool is hardly new. But a readiness, even enthusiasm, to be deceived has become a driving force in politics around the world, most recently in the United States. (NYT)
• 1,273 People Share Their Best Life Lessons from 2020. Even if 2020 was one long dumpster fire of a year, we sure learned a lot about ourselves. Here’s what nearly 1300 people had to say about it. (Mark Manson)
• The Milky Way Gets a New Origin Story Over the past two years, astronomers have rewritten the story of our galaxy. (Quanta Magazine)
• Lady of the Lakers Jeanie Buss inherited a team, and a legacy, from her father. What will her imprint be? (New York Times)

Be sure to check out our Masters in Business interview this weekend with Sébastien Page, head of  T. Rowe Price’s Multi-Asset Division, which manages $363.5 billion. T. Rowe Price’s total AUM was $1.31 trillion.

What Went Wrong: How Rioters Breached the Capitol Complex 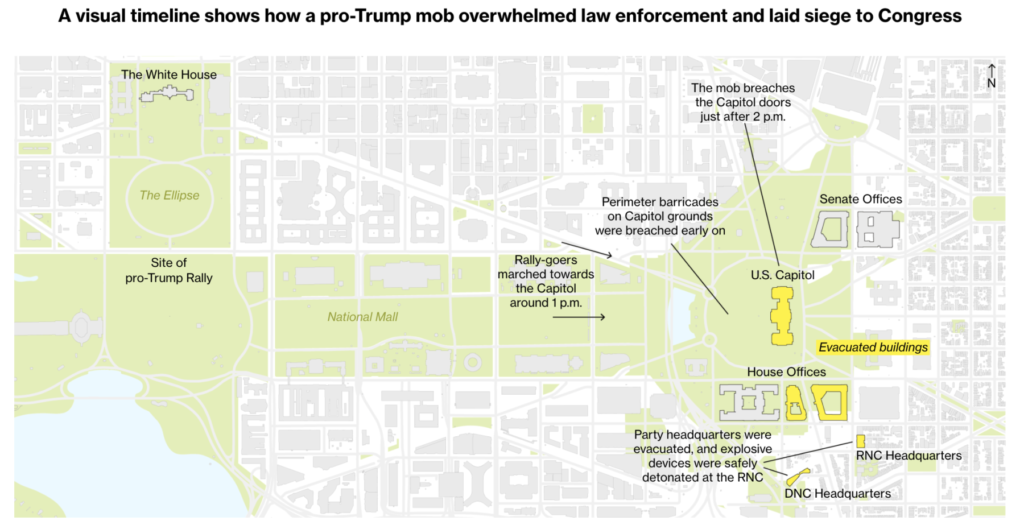 To learn how these reads are assembled each day, please see this.

MiB: Re-Optimizing 60/40 Portfolios in an Era of Low Yields