We are delighted to invite you to a special broadcast of Bloomberg Opinion’s podcast, ‘Masters in Business with Barry Ritholtz’, airing live on Bloomberg Television and Bloomberg Radio.

Ray Dalio, co-Chief Investment Officer and co-Chairman of Bridgewater Associates, will join Barry Ritholtz, a Bloomberg Opinion columnist and Chairman, CIO of Ritholtz Wealth Management, for a live taping of the podcast covering a wide range of topics. 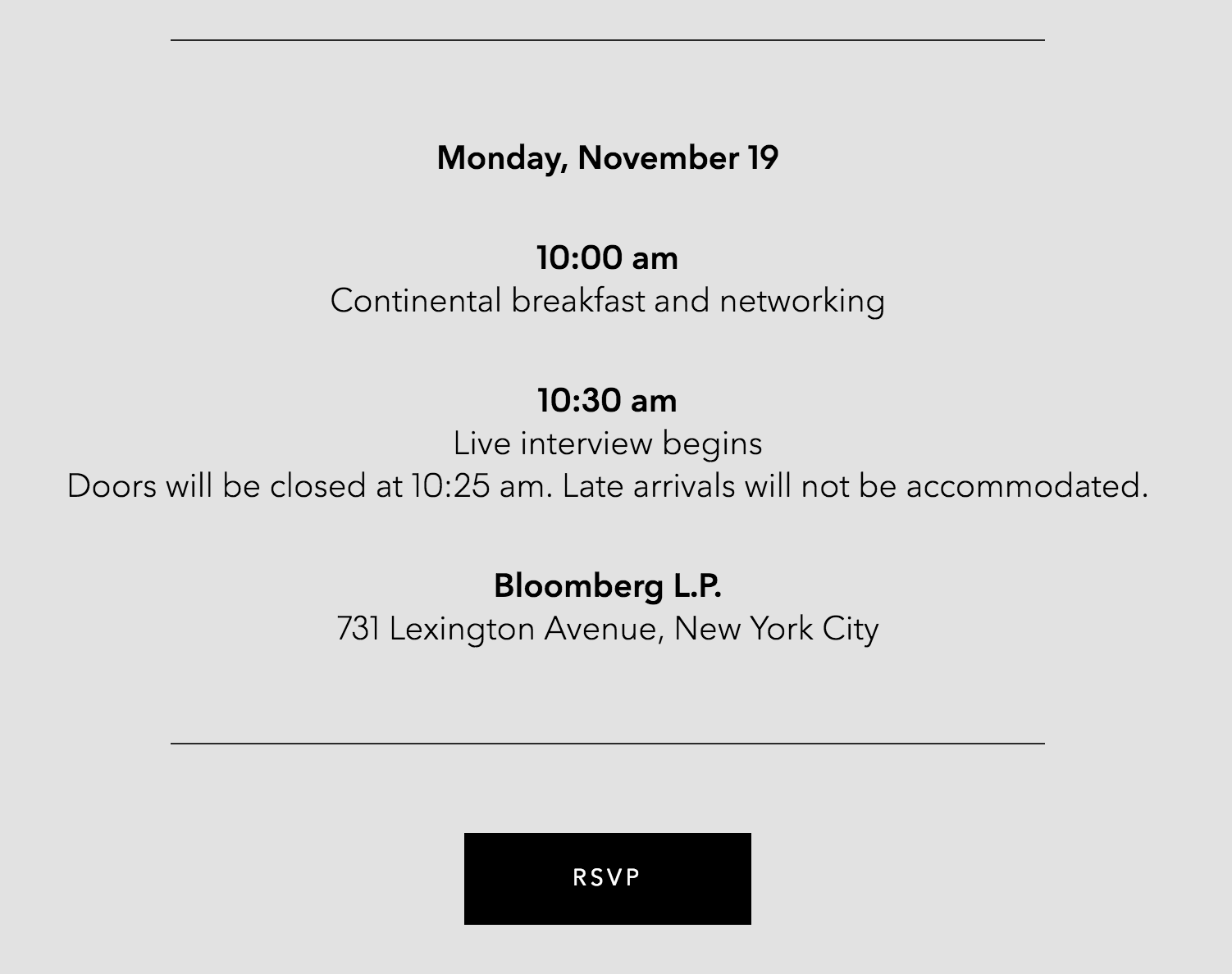 We are trying something new: “Masters in Business Live.” About 4- 6 times each year, we will bring in a guest, where we do a shorter a live version of the Masters in Business podcast in front of a live audience. We will open it up to Q&A from the audience, followed by a small reception. We will be broadcasting this live on television and radio.

The first one will be on Monday, November 19, when I will be joined by Ray Dalio of Bridgewater Associates for a special live broadcast of my ‘Masters in Business’ podcast. The event will be airing live on Bloomberg Television and Bloomberg Radio. You can also watch the livestream on Twitter and Facebook at 10:30 am Eastern.
~~~

The next MIB Live will be in January, with Howard Marks of Oaktree Capital. Seating is very limited. We will post more info on the January event when the details are finalized.