As we discussed, the Foxconn-Wisconsin tax giveaway is unfolding as per expectations. Via Businessweek, here is “The Art of the Deal,” Scott Walker style:

“Interviews with 49 people familiar with Foxconn’s Wisconsin project, including more than a dozen current and former employees close to its efforts there, show how hollow the boosters’ assurances have been all along.

While Foxconn for months declined requests to interview executives, insiders describe a chaotic environment with ever-changing goals far different from what Trump and others promised. Walker and the White House declined to comment for this story, although a Trump administration official says the White House would be “disappointed” by any reduced investment. The only consistency, many of these people say, lay in how obvious it was that Wisconsin struck a weak deal. Under the terms Walker negotiated, each job at the Mount Pleasant factory is projected to cost the state at least $219,000 in tax breaks and other incentives. The good or extra-bad news, depending on your perspective, is that there probably won’t be 13,000 of them.”

Shocking, but not surprising. 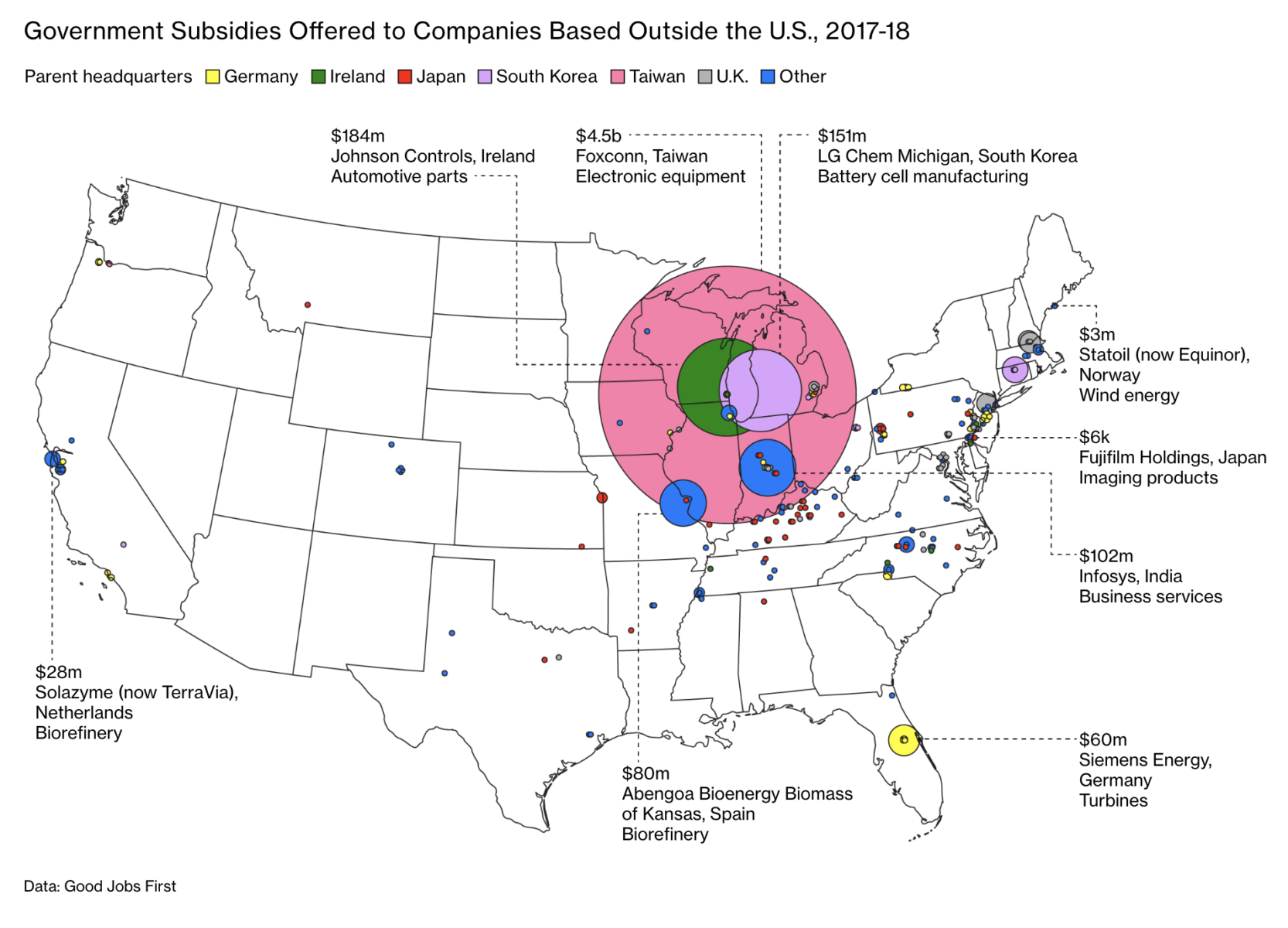