The weekend is here! Pour yourself a mug of Danish Blend coffee, grab a seat on the comfy couch, and get ready for our longer form weekend reads:

• The Man Who Would Take Down McKinsey (Institutional Investor)
• What is Amazon? (Zack’s Notes)
• A Russian ‘troll slayer’ went undercover at a troll factory and found that hundreds of Russians were working as paid trolls in rotating shifts (Business Insider)
• Hated and hunted: The perilous life of the computer virus cracker making powerful enemies online (BBC News)
• Tokyo became a megacity by reinventing itself (National Geographic)
• Her Time: Debra Koosed was diagnosed with dementia at 65. That’s when she decided she no longer wanted to live. (California Sunday)
• BuzzFeed and the digital media meltdown (Columbia Journalism Review)
• ‘The Conveyor Belt’: U.S. officials say massive smuggling effort is speeding immigrants to — and across — the southern border (Washington Post)
• Last year Trump called these countries a profane name. We sent a travel writer to celebrate them (Washington Post) see also Rick Steves Wants to Save the World, One Vacation at a Time (New York Times)
• Ricky Gervais on Provocation, Picking Targets and Outrage Culture (New York Times)

Be sure to check out our Masters in Business interview this weekend with Roger Ibbotson, founder and chairman of Ibbotson Associates, now a part of Morningstar. He is a Professor at the Yale School of Management, and Chairman/CIO of Zebra Capital Management, LLC, an equity investment and hedge fund manager. Previously he served as executive director of the Center for Research in Security Prices (CRSP).

These Are the Wealthiest Towns in the U.S. 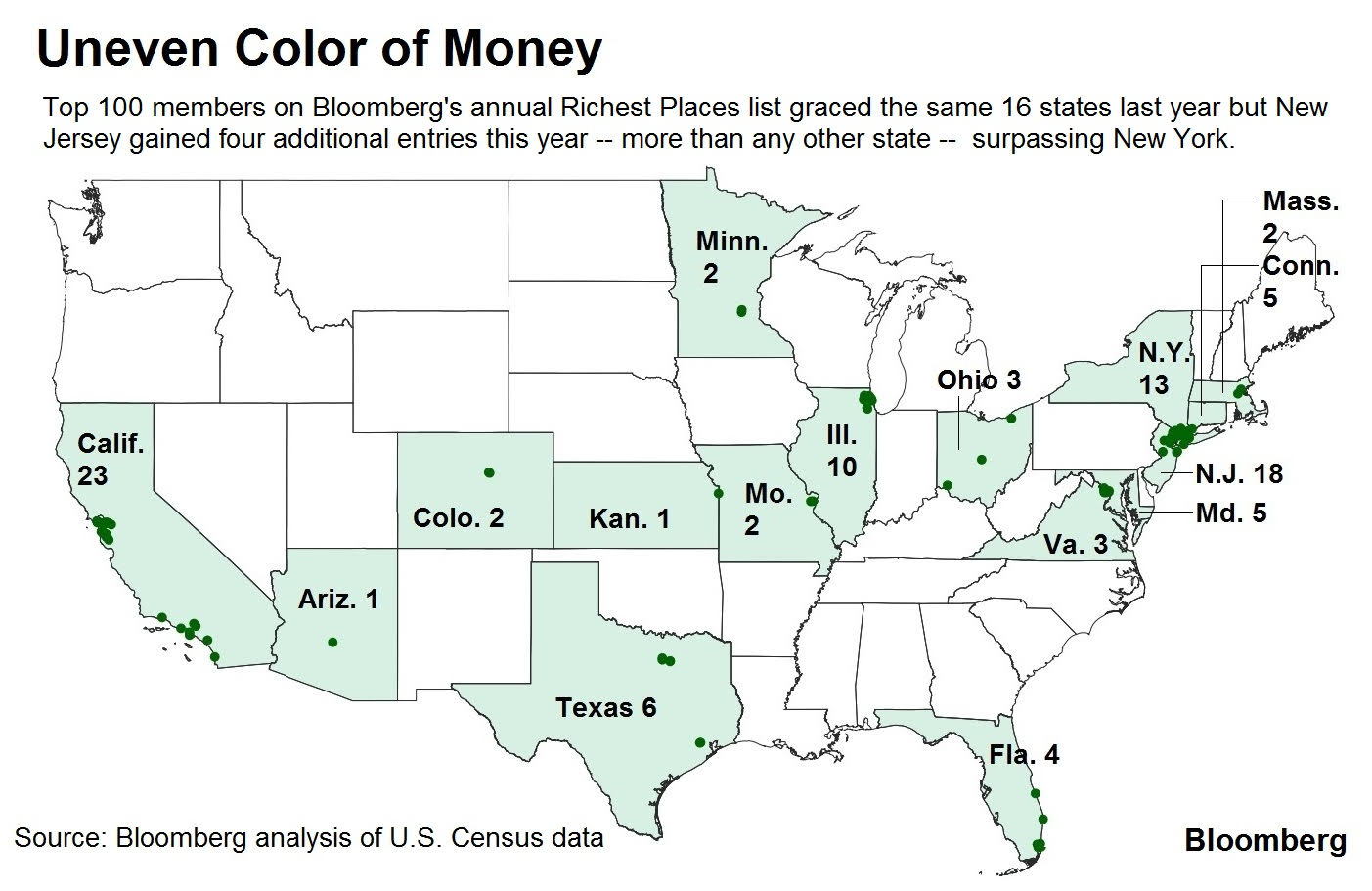