Each year around this time, Wall Street celebrates a different kind of madness. It is bonus season, and the enthusiasm is understandable, given the widespread participation in the estimated bonus pool of $27.5 billion dollars.

Despite that heft, the 2018 numbers were a little disappointing. They fell 17 percent to $153,700, the first decline in three years. Given the markets’ steepest losses since the financial crisis, that drop should come as no surprise. What does surprise many people is how steady finance firm bonuses have been over the past decade (See chart nearby). Pressure on fees and weak performance by alternatives are far less of a factor than typically imagined.

We know the specifics of this because each year, the New York State Comptroller publishes an analysis of the New York finance sector’s profits and employment, as well as wages and bonuses. 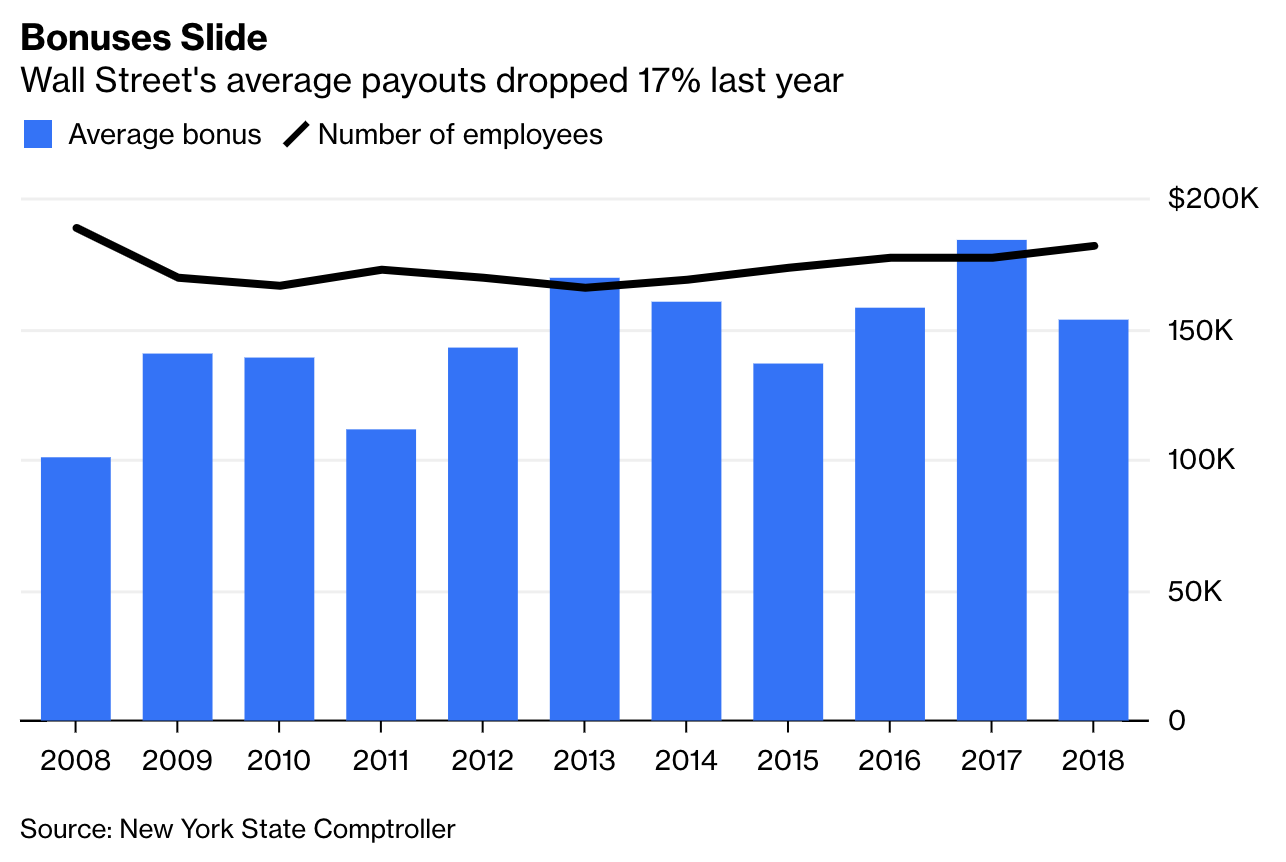 Some analysts had been forecasting higher bonuses for the Street in 2018 as late as November. Perhaps they were expecting more private equity transactions and a late surge in IPO underwriting. Or, at the time, they had yet to perceive the severity of the fourth quarter downdraft and its impact on equities sales and trading profitability.

Regardless, each year around this time, we see all sorts of articles criticizing the outsized compensation . . .

I originally published this at Bloomberg, March 27, 2019. All of my Bloomberg columns can be found here and here.

Why So Many Investors Missed Nike’s Stock Rebound