The weekend is here! Pour yourself a mug of French Press coffee, grab a seat over the wing, and get ready for our longer-form Saturday morn reads:

• How Lobbying Has Changed in Donald Trump’s Washington: Paying shills who go on Fox News, planting super-targeted ads in the President’s Twitter feed, and all the other eyebrow-raising ways lobbyists are trying to reach their audience of one. (Washingtonian)
• Technology: From Copycats to Innovators (Democracy)
• Blown Away: How Puerto Rico’s financial storm is washing over the mainland (Quartz)
• Chimpanzees Are Going Through a Tragic Loss: By fragmenting forests and killing off individuals, humans are stopping the flow of ideas among our closest relatives. (The Atlantic)
• The strongmen strike back: Authoritarianism has reemerged as the greatest threat to the liberal democratic world — a profound ideological, as well as strategic, challenge. And we have no idea how to confront it. (Washington Post)
• The $200,000 Heist That Tore the ‘Star Wars’ World Apart (Popular Mechanics)
• The Cold Case Factory: Forensic genealogists at Parabon NanoLabs are using DNA databases to solve cold cases faster than anyone could have imagined. But how will their techniques hold up in court? (Topic)
• The Neanderthal renaissance: Handprints on a cave wall, crumbs from a meal: the new science of Neanderthals radically recasts the meaning of humanity (Aeon)
• Riding Around with Beto O’Rourke as He Comes to Grips with a Presidential Run (Vanity Fair) see also Beto O’Rourke’s secret membership in America’s oldest hacking group (Reuters)
• Bob Costas Insists That He Was Not Fired by NBC (New Yorker)

Be sure to check out our Masters in Business interview this weekend with Matthew Granade, chief market intelligence officer at Point72 Asset Management, where he directs the firm’s central portfolio and manages Point72 Ventures. Previously, he served as co-head of research for Bridgewater Associates.

Where today’s 25-year-olds went to college, grouped by their parents’ income 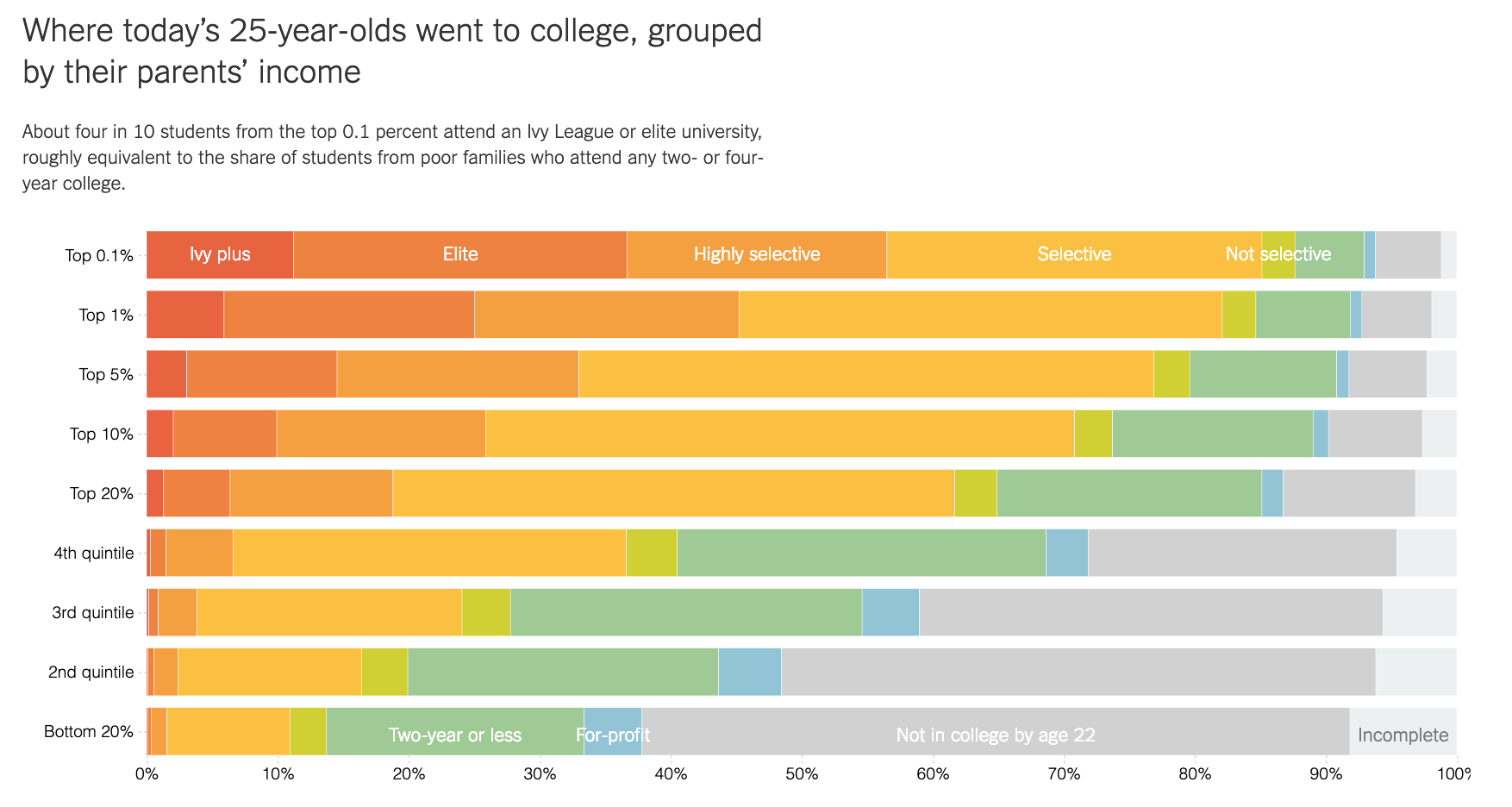