After the crash of a Boeing Co. 737 Max 8 plane operated by Ethiopian Airlines, many countries and jurisdictions are restricting the narrow-body series aircraft over growing concern about its safety. It was the second accident involving the 737 Max in five months. In both instances, the passenger jet crashed shortly after takeoff.

The U.S. Federal Aviation Administration has maintained the “continued airworthiness” of the model. But a growing number of regulators across the globe have expressed caution. On Monday, China and Indonesia halted flights. European aviation regulators followed suit on Tuesday. Several airlines have grounded the aircraft independently. 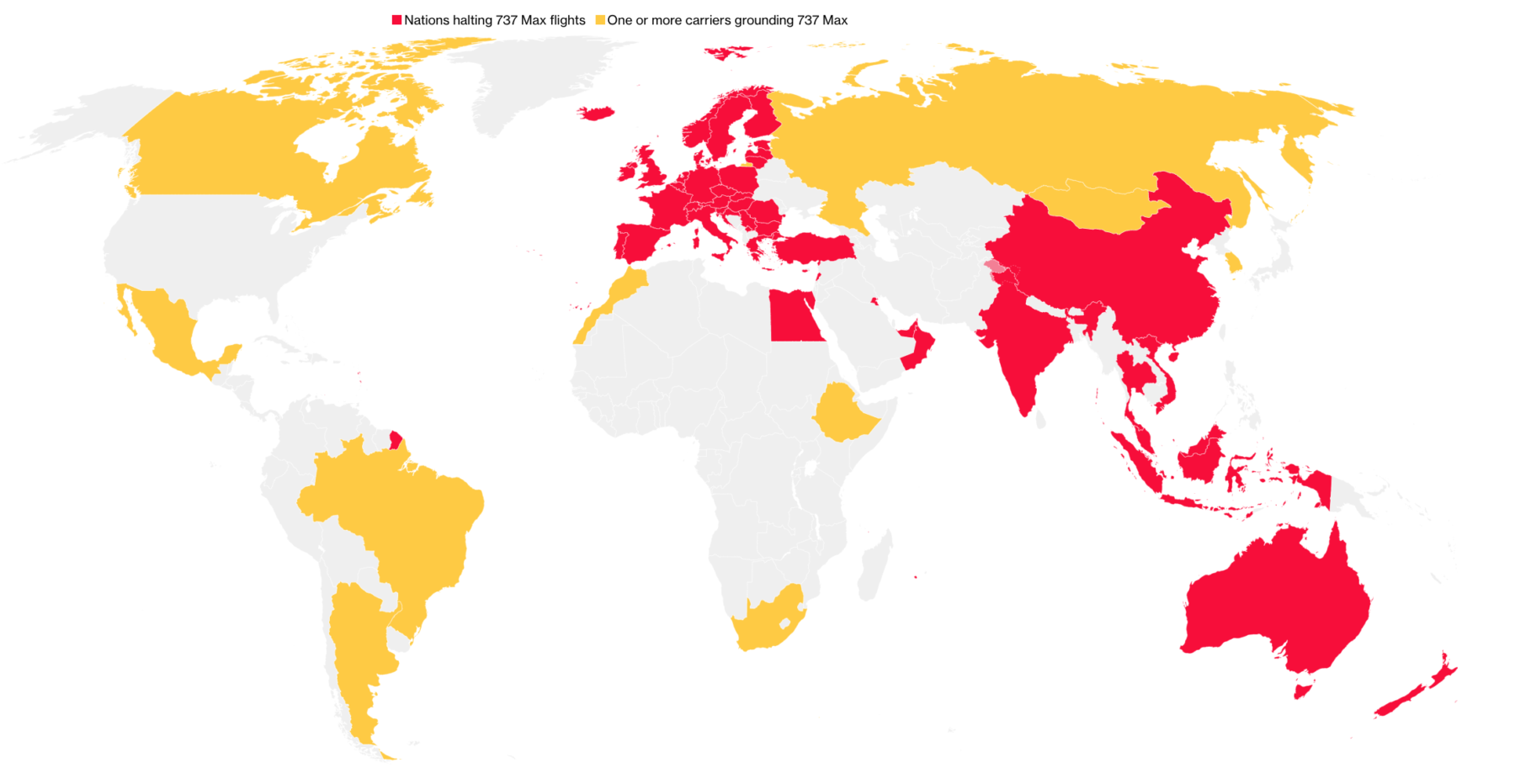 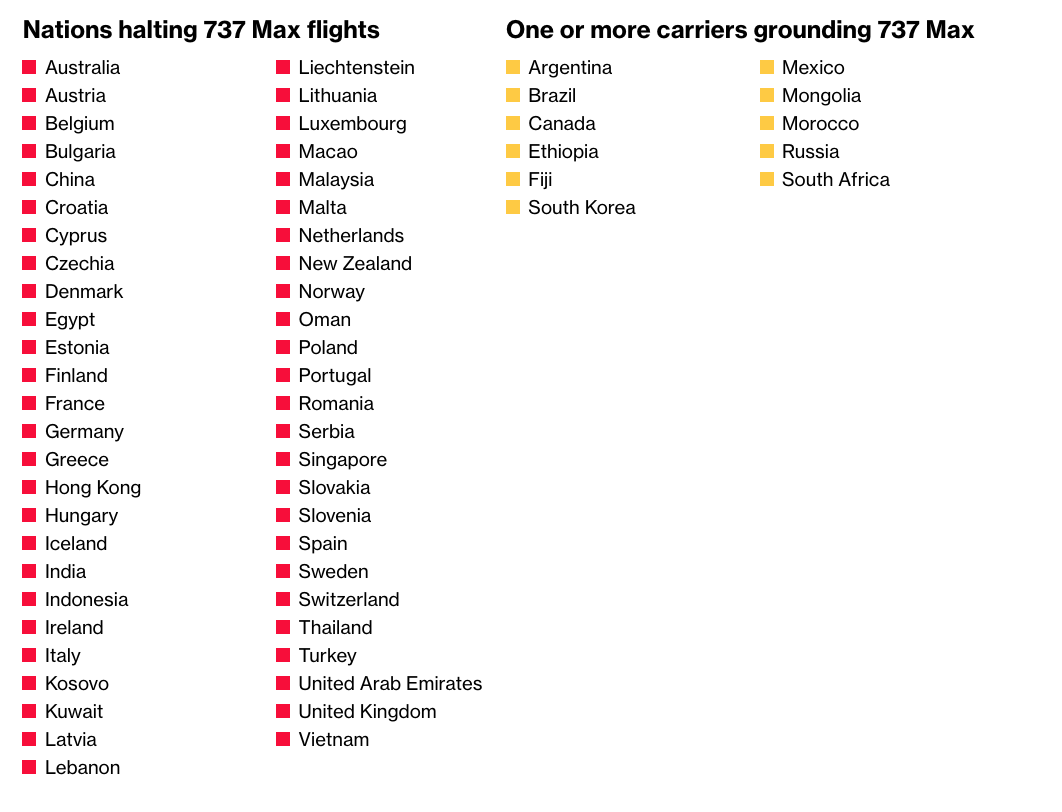