This continues to act as a drag on global economy:

A wave of disruptions is rocking the world trading system. Britain’s divorce from the European Union has turned messy, while the U.S. trade war with China has investors on edge. The cost of such risks is substantial: About 2.3 percent of global GDP is tied to trade flows that are at risk from greater protectionism, equivalent to almost $2 trillion in output, according to an analysis by Bloomberg. Higher tariffs would dent that activity—not wipe it out. 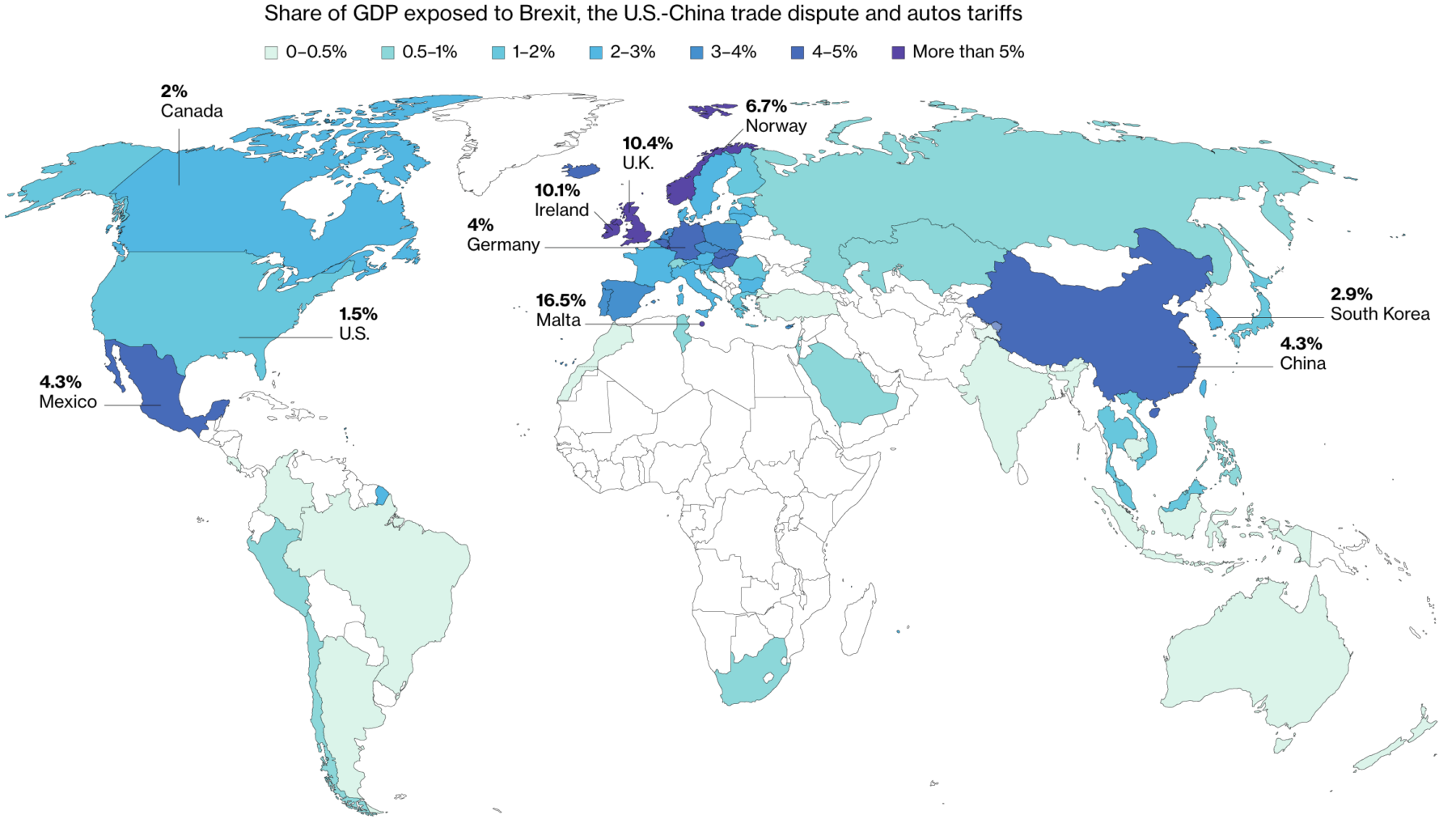