Great collection of charts by John Authers and Lauren Leatherby looking at “The Decade of Deleveraging Didn’t Quite Turn Out That Way.”

“This was the decade of de-leveraging that wasn’t. A decade ago, as the world began to piece the financial system back together after an epic credit crisis, there was agreement on one thing: Too much debt had caused the crisis, and so there must be a huge de-leveraging. It has not worked out like that.”

It is rational not to deleverage when the cost of capital is so cheap. The math is incontrovertible: The tax code  encourages borrowing money (instead of using cash on hand) to repurchase shares.

When interest rates are low, cash freely available, and carrying costs insignificant, of course corporate America borrows a lot. Just the way home buyers did in the 2000s when the same conditions prevailed around home financing.

Free money is irresistible to individuals and corporations alike . . .

Banks Deleveraged in the U.S., But Miles to Go in Europe 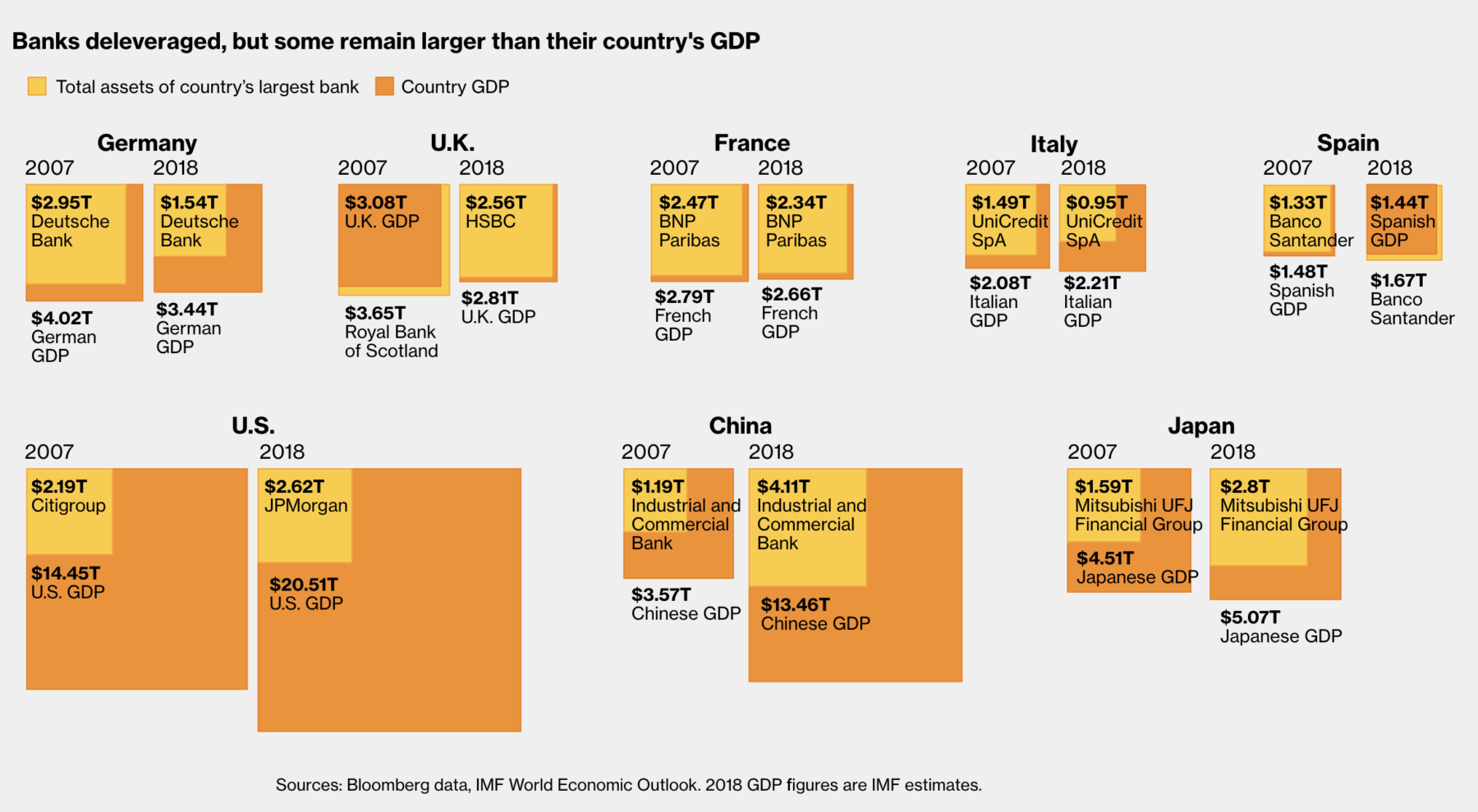 The Changing Face of American Debt