There was a fascinating Gallup survey last month about Americans’ optimism about their personal finances. Go read the whole thing; I’ll wait for you here.

Aside from the stuff from the DUH file — Americans with more financial resources (incomes, assets) are more financially secure than those who with less — its one of the more telling sentiment reads.

What’s so intriguing is how people hold various and apparently contradictory beliefs about both the state of the economy and of their own financial security.

According to gallup, about 56% of people rate their own financial situation as excellent/good; and 57% say it’s getting better. At the same time, they have worries: they are concerned about the future. And many people are stressed about their current situation, either due to not being able to pay the bills or not saving for the future.

Americans Feel Generally Positive About Their Own Finances 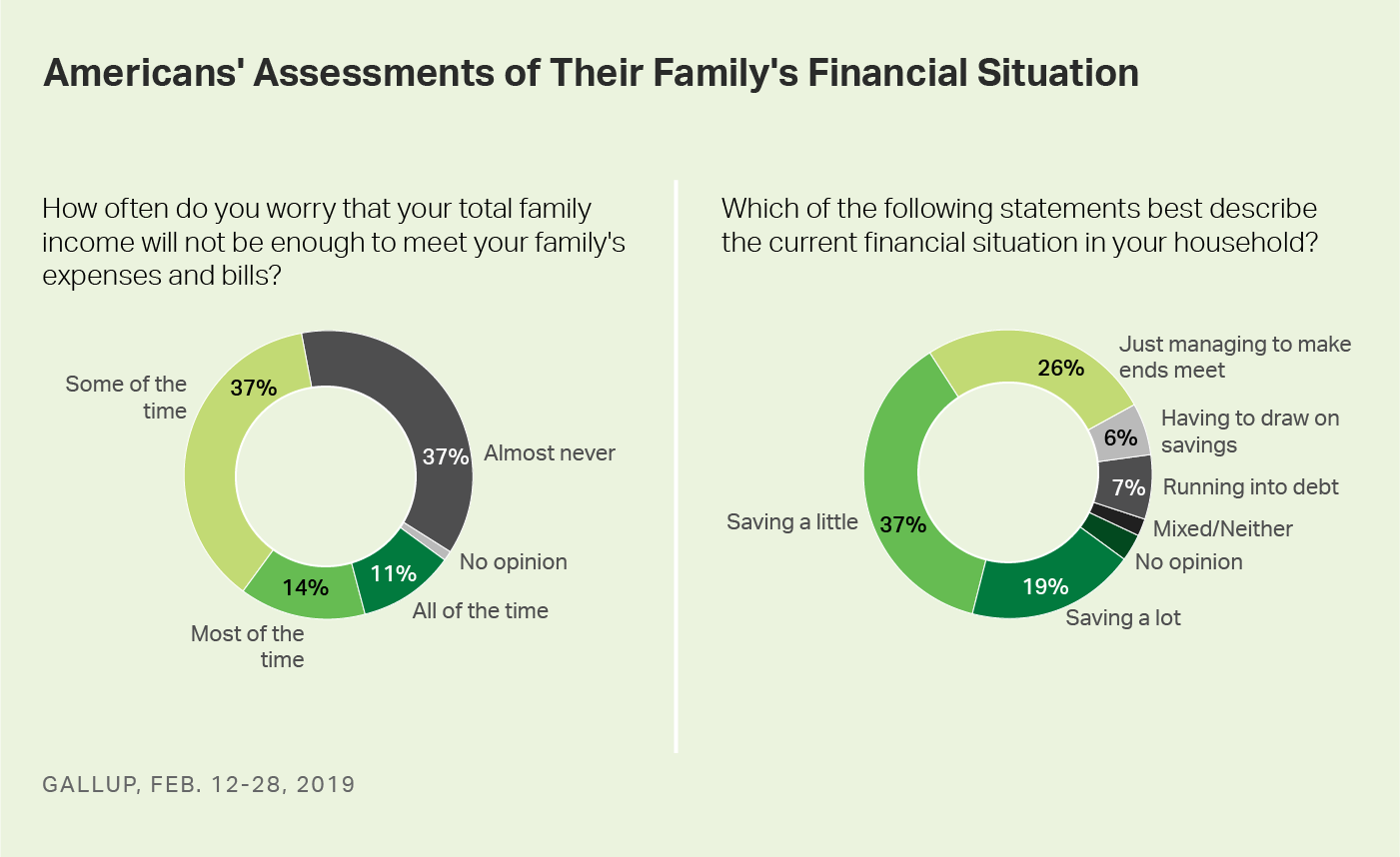 With a national election coming up next year, and lots of residual anxiety from the financial crisis creating a state of PTSD among people, perhaps this could be the year that actually gets addressed.

Regarding “unplanned medical costs,” lots of ideas keep coming but the one that seems to have some traction is “Medicare for All.”  (I have no hard opinion on this other than our health care system is broken).

As to retirement income, that is a function of many different issues: income, expenses, savings and investment returns. The first three are outside my expertise, but the last one is not. The Feds would help out mightily if some form of the Fiduciary rule were to be passed.

More on this entire topic later . . .

Americans Are Concerned About Their Financial Futures 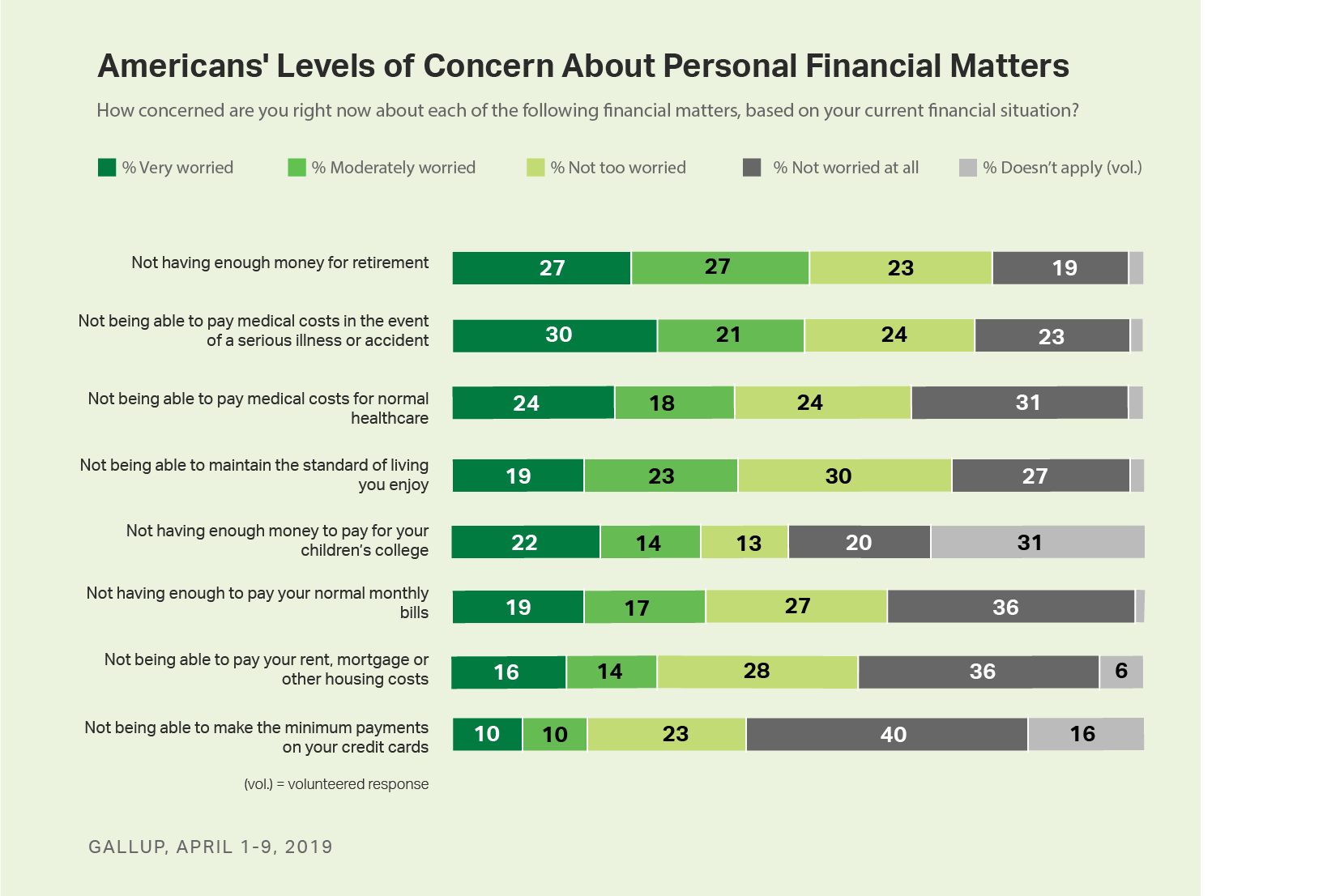