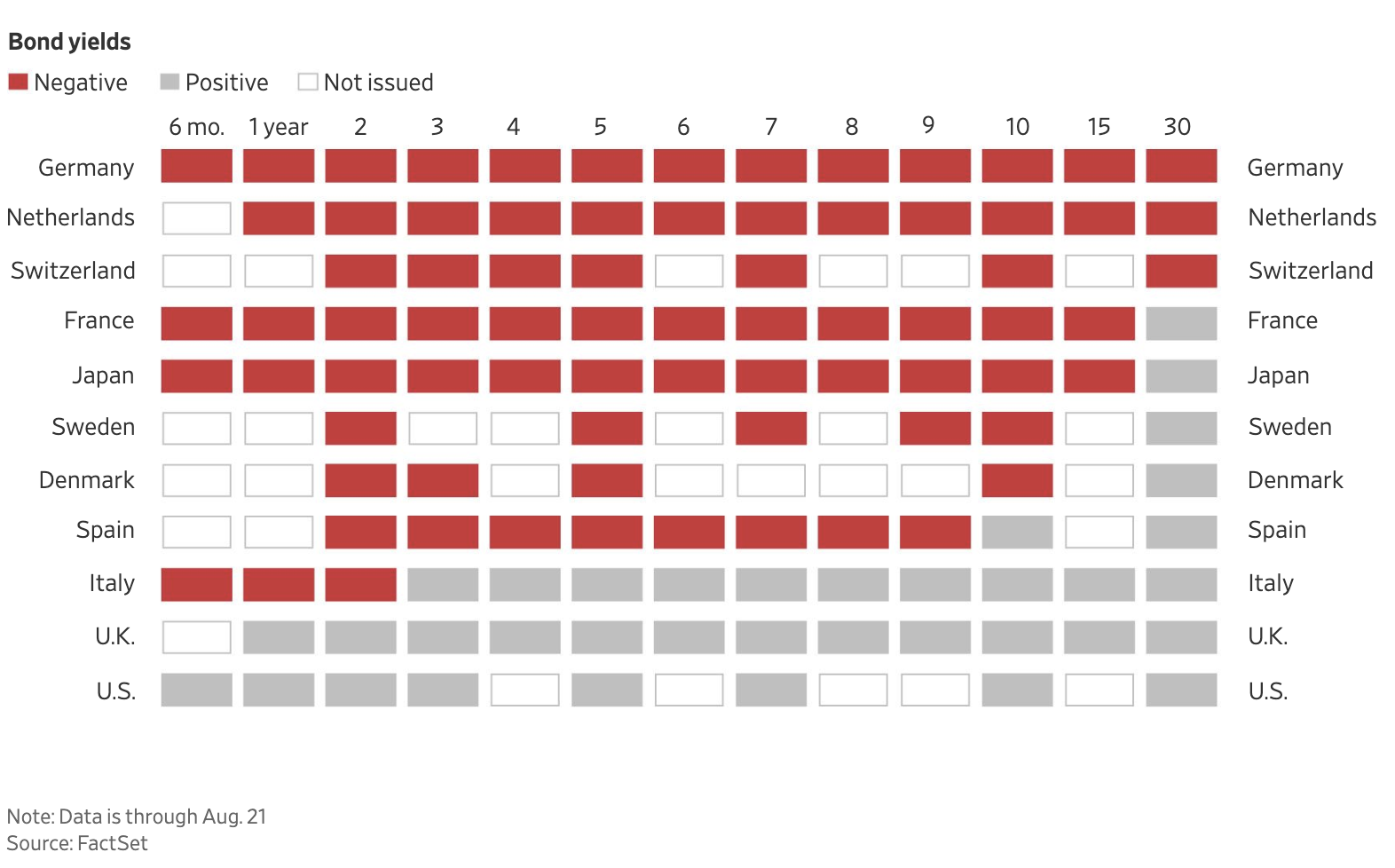 “Bond yields in many countries world-wide have fallen to record lows this summer. Yet few governments have responded as many bankers and investors say they should, by locking in ultralow rates for decades.

Germany on Wednesday sold 30-year government bonds at a negative interest rate for the first time, meaning investors are effectively paying the government to hold their money. Europe’s largest economy raised €824 million ($914 million) by selling bonds that will be worth €795 million at maturity in 2050.

In the U.S., yields aren’t negative. But 30-year government bond yields this month fell below 2% for the first time, prompting the Treasury Department to express interest in selling debt with 50- and 100-year maturities. Yields for 30-year government bonds have fallen below zero in Holland, Denmark and Switzerland, and below 1% in the U.K., Portugal and Spain.

This is what is driving the Fed there days.

More on low yields and inverted curves later this week . . .

Business Roundtable Has A Lot to Prove