It’s Labor Day, when the Summer winds down, and we celebrate the American worker. Given the importance of Labor to the economy, it is a good day to assess how well they are doing. After all, the state of the American worker affects so much: total income, taxes, sentiment, consumer spending, housing, etc.

While the rebound from the depths of the great recession has benefited many Americans (me included), it is worth pointing out just how many families have not seen much of those gains. Since the GFC ended, I have spilled a lot of pixels on the topic of Wages in America. Unfortunately, many of the things we have been warning about regarding the lumpy and uneven recovery are coming to pass in ways both expected and unexpected.

10 years post-crisis, we have now reached the point where we can definitively determine what groups have won and which ones have lost.

This is not a secret. Those left behind are in the bottom half of the economic strata, and there is little being done to help them.

“The decade-long economic expansion has showered the U.S. with staggering new wealth driven by a booming stock market and rising house prices.

But that windfall has passed by many Americans. The bottom half of all U.S. households, as measured by wealth, have only recently regained the wealth lost in the 2007-2009 recession and still have 32% less wealth, adjusted for inflation, than in 2003, according to recent Federal Reserve figures. The top 1% of households have more than twice as much as they did in 2003.”

That is correct — half of all households are back to where they were before the GFC in nominal terms. Inflation means they are still far below where they were.

All of those bailouts, all of the government interventions and bank rescues, all of that ZIRP & QE & TARP and the rest of the alphabet of programs to save the financial system, and it has left half of American families below pre-crisis wealth.

I am not making a screed from the political Right or the Left, I am pointing out what should be obvious to everyone by now: when the economic system benefits an increasingly narrow slice of the population, with broad ramifications for society. It is the sort of thing that leads to populist politics and demagoguery and proposals for free college and a guaranteed income and eventually, social unrest.

The interactive charts at the WSJ are telling: 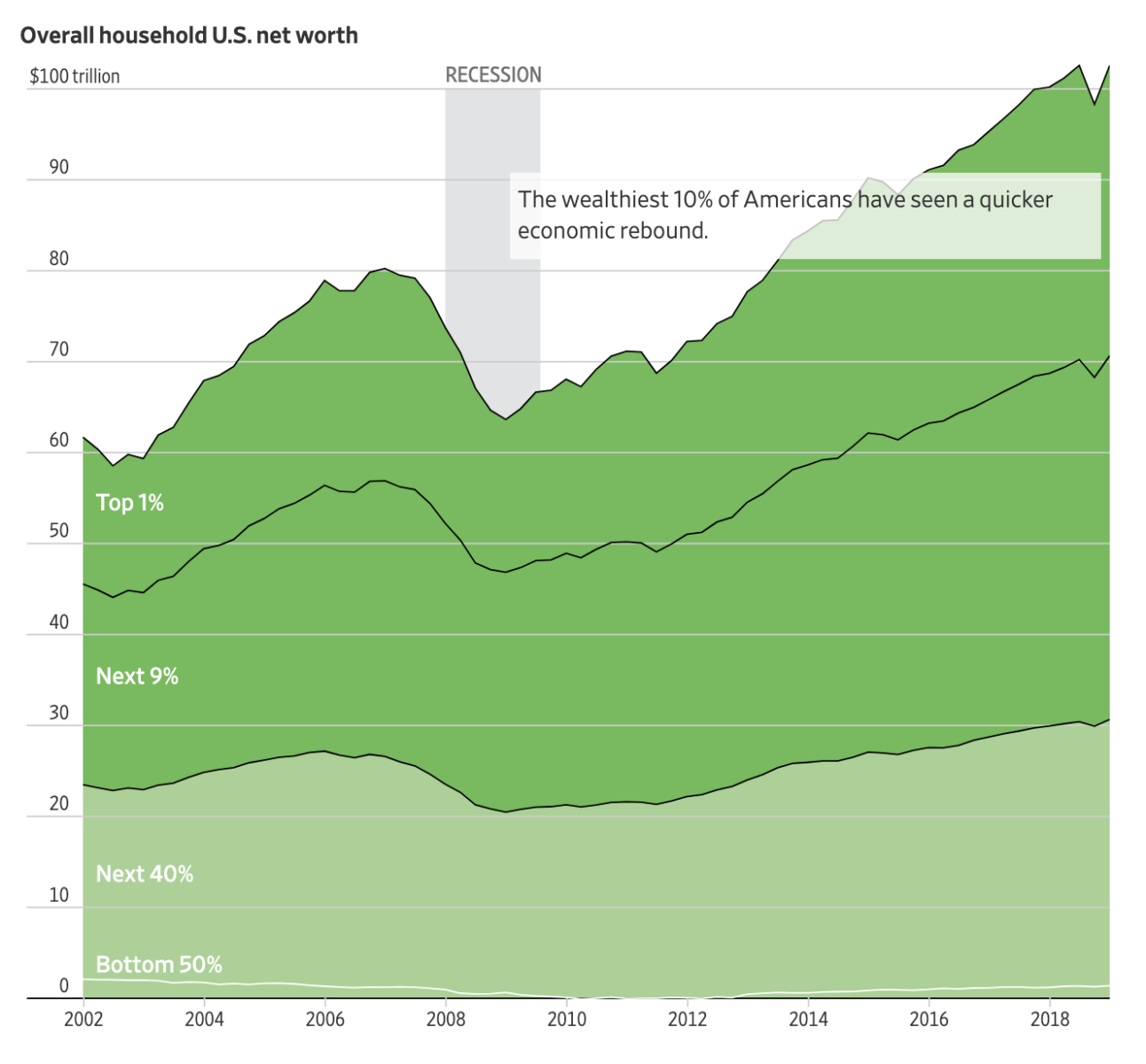 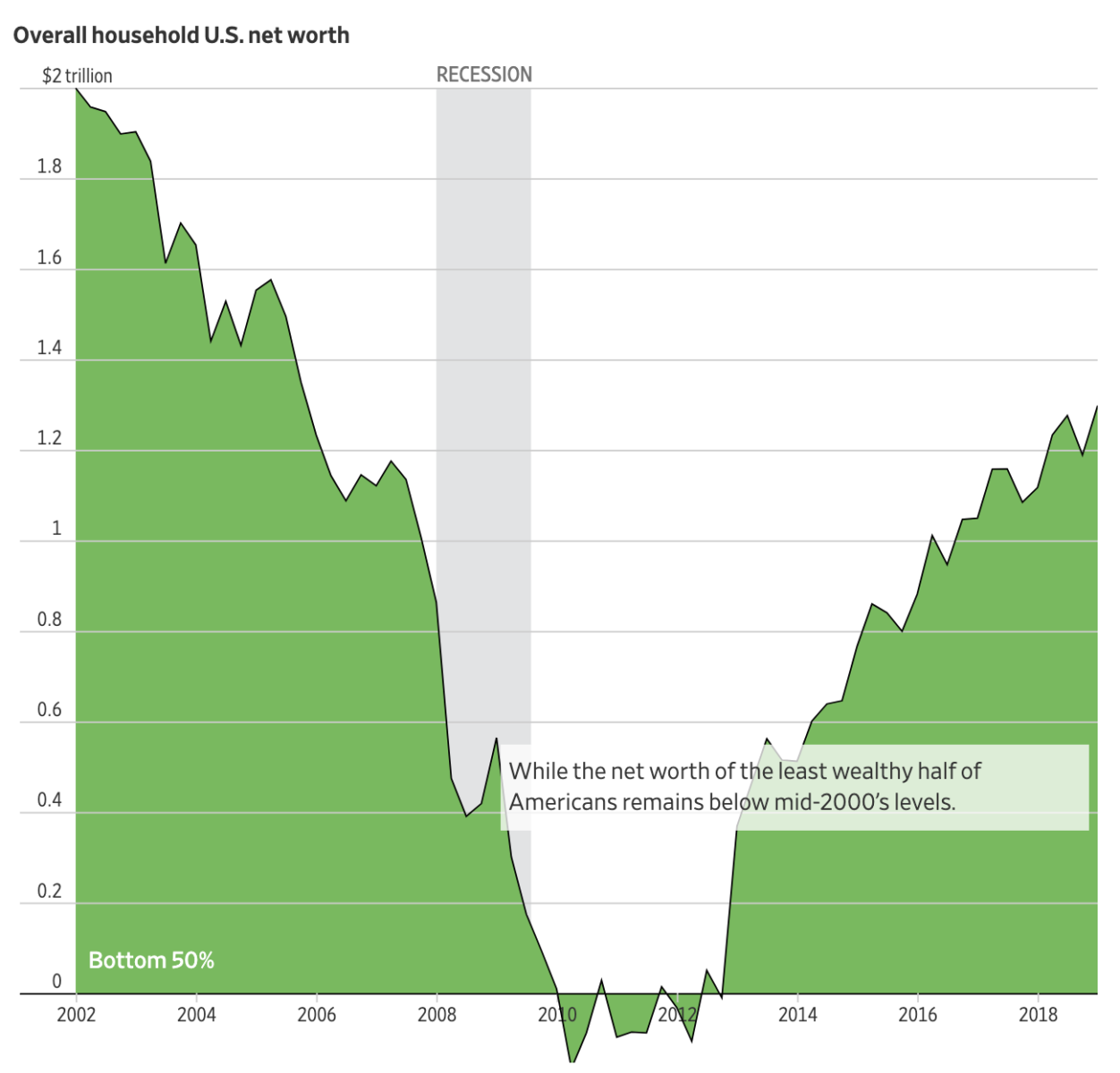 Note: All figures below shown in 2019 dollars and sourced from Federal Reserve.