The weekend is here! Pour yourself a mug of Dark Matter coffee, grab a seat on the aisle, and get ready for our longer form weekend reads:

• The life and death of an internet monetary meme: Average life expectancy for a fiat currency? Not 27 years (JP Koning)
• Economist Mariana Mazzucato has demonstrated that the real driver of innovation isn’t lone geniuses but state investment. (Wired)
• 5 Tenets of a Negative Self-Help (Mark Manson) NSFW
• Where ESG Fails: Despite countless studies, there has never been conclusive evidence that socially responsible screens deliver alpha. A better model exists (Institutional Investor)
• Michael Lewis: Portrait of an Inessential Government Worker: Glory isn’t part of the deal when you go to work for the federal government. (Bloomberg)
• Inside TurboTax’s 20-Year Fight to Stop Americans From Filing Their Taxes for Free (ProPublica)
• Beverly Hills’ Billion-Dollar Fire Sale: Inside the Implosion of a Historic Hilltop Real Estate Deal (Hollywood Reporter)
• The hunt for Asia’s El Chapo: The Asia-Pacific region is awash in crystal meth. On the trail of a China-born Canadian national, the suspected kingpin of a vast drug network raking in $17 billion a year. (Reuters)
• Jessica Nabongo’s Lessons from Visiting Every Country: On October 6, Nabongo became the first documented black woman and first Ugandan to travel to every sovereign nation. Here’s what she learned along the way. (Outside)
• The Untold Story of the 2018 Olympics Cyberattack, the Most Deceptive Hack in History (Wired)

Be sure to check out our Masters in Business interview this weekend with Fran Kinniry, Global Head of Portfolio Construction at the Vanguard Group, where he is also principal in Investment Strategy Group.

Netflix’s Top 10 Original Movies and TV Shows, According to Netflix 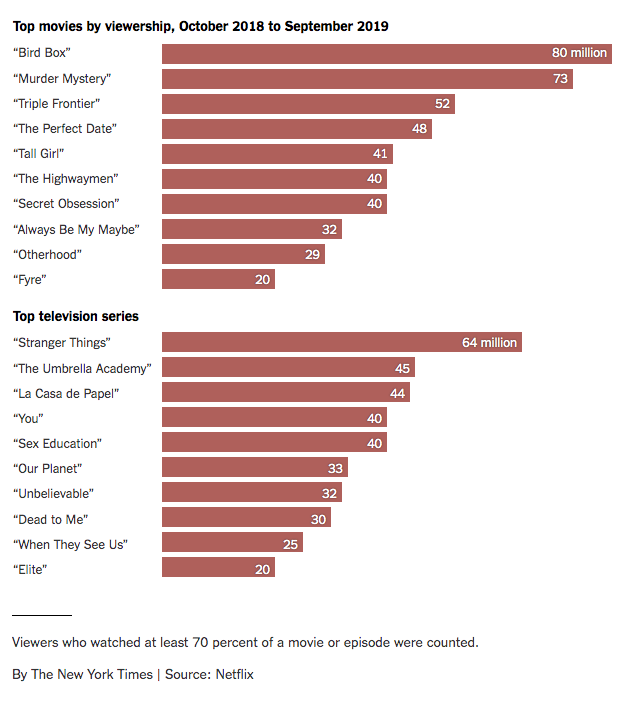