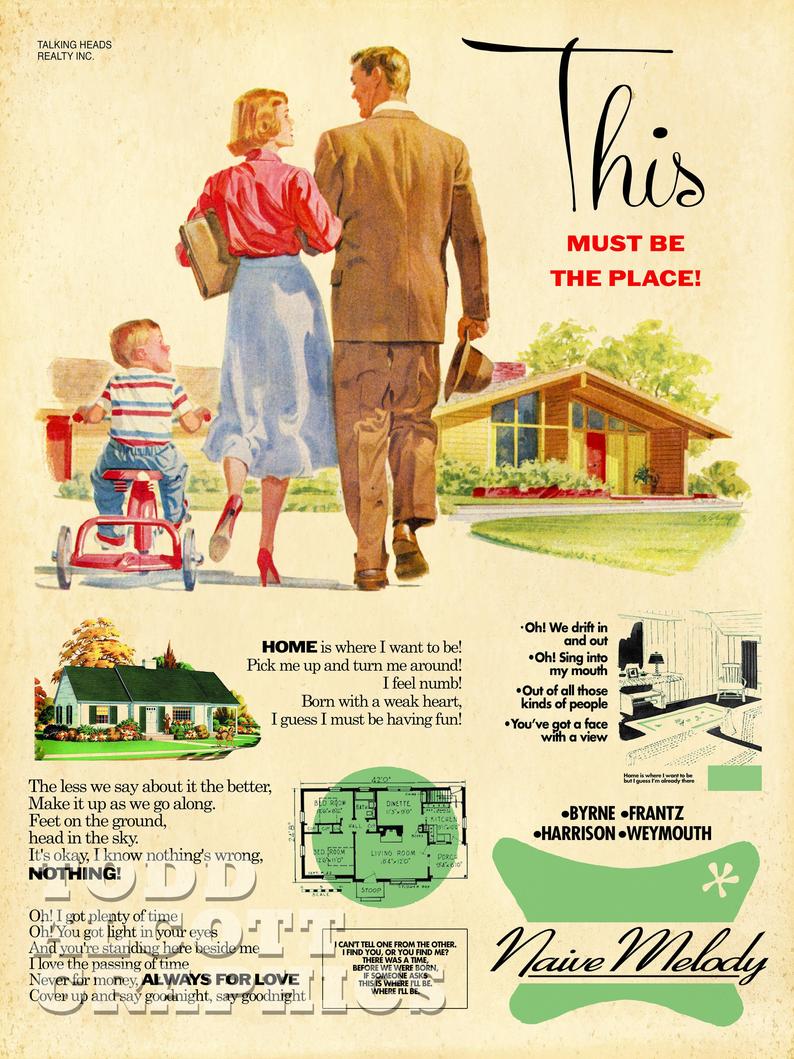 I really like this discussion of the Talking Heads. All of the imagery is delightfully retro + post-modern. It is an offbeat romp by “graphic-arts prankster” Todd Alcott who turns popular songs into midcentury book covers, posters, magazine covers, and other pieces of non-musical graphic design.

I especially enjoyed the Douglas Coupland “Turing test” for Gen X. As a denizen of the small valley between the Boomers & Gen X, I totally relate to this:

Writer and visual artist Douglas Coupland once proposed that question as the truest test of whether you belong to the cohort named by his novel Generation X. Coupland’s contemporary colleague in letters Jonathan Lethem summed up his own early Talking Heads mania thus: “At the peak, in 1980 or 1981, my identification was so complete that I might have wished to wear the album Fear of Music in place of my head so as to be more clearly seen by those around me.”

I can’t say I ever considered replacing my head with a T-Heads album cover as Coupland once contemplated; I can say I am really looking forward to seeing American Utopia, David Byrne’s new show on Broadway.

Who is the Greatest American Band? Your Updated List (January 11, 2013)